OPINIONS US ambitions to expand QUAD set to fail

US ambitions to expand QUAD set to fail 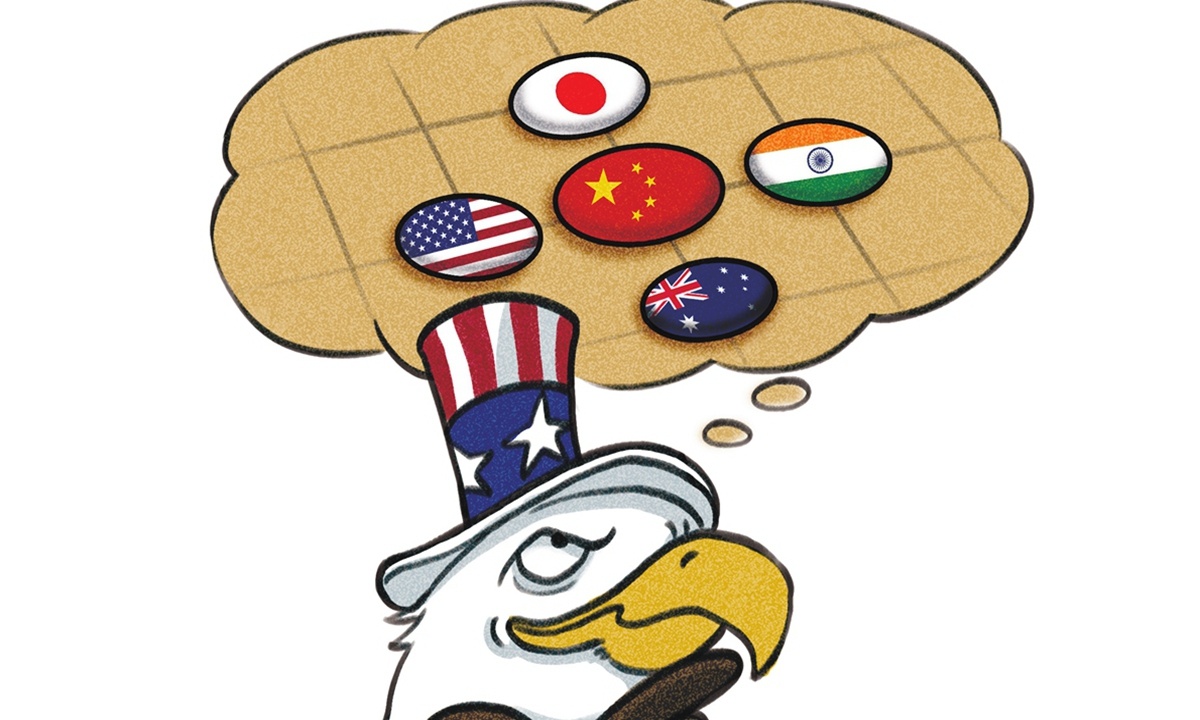 Marc Knapper, US deputy assistant secretary of state for Korea and Japan, said Saturday that "the Quad," an informal security grouping of the US, Japan, Australia and India, may welcome new members in the future as the countries look to counter China's rising influence, Nikkei Asia, a Tokyo-based media outlet, reported on Saturday. Knapper expressed this view at the Mount Fuji Dialogue, an annual gathering of business and political leaders from Japan and the US.

Washington has been devoting itself to transforming the Quad into an Asian version of NATO in an attempt to solidify more regional allies and partners to contain the development of China. US Deputy Secretary of State Stephen Biegun said in August that the US wants to see Vietnam, South Korea and New Zealand eventually join an expanded Quad.

However, the Quad is unlikely to achieve this expansion. Many political analysts from the international community are clearly aware that each member of the group has their own considerations and they have failed to reach a consensus on how to deal with China. Among the four, it seems that it is only the US that is sparing no effort to build the Quad into an "Asian NATO." Even though Japan and Australia have maintained a close alliance with the US, both heavily rely on China in terms of their economies.

Although China-Australia ties have been deteriorating, especially in 2020, it is mainly due to the fact that Australian diplomacy is heavily dependent on the US. The current state of China-Australia relations is, to a great extent, the result of the Australian leadership cozying up to the US' anti-China campaign. However, it is noticeable that when it comes to issues that would challenge Beijing's core interests, Canberra keeps its distance from Washington. For example, while the US has repeatedly played the "Taiwan card" to provoke China, Australia has not echoed overt support for this move. This implies that Australia has not firmly followed the US' lead in containing China, largely because it is reluctant to sever its close economic and trade relations with China.

Though border tensions between China and India have escalated, India is also unwilling to see a complete break with China. As India's economy has been significantly hit by the coronavirus pendemic, India is counting on China, its second-largest trading partner, to help revive its economy. Additionally, India has always pursued an independent foreign policy, thus it will not be completely inclined to the US in its China policy.

Against this backdrop, the group seems not so appealing to other countries.

"Even if the Quad achieves its expansion, its influence on China would be limited," Sun Chenghao, a research fellow at the Institute of American Studies, China Institutes of Contemporary International Relations, told the Global Times on Sunday. The current international situation differs from the Cold War. China does not pose as great a security threat to other countries as the Soviet Union did during the Cold War. The "China threat" theory is merely a narrative hyped by the US. China has maintained sound economic and people exchanges with almost all countries across the world.

Japanese Prime Minister Yoshihide Suga said Wednesday that Japan was not aiming at an "Asian NATO" to contain any specific country, Reuters reported on Wednesday. Sun said this means that "Suga's rhetoric can basically mirror the real intent of Japan and most Asian countries." They are unwilling to take sides between two giants. Siding with the US against China is inconsistent with their national interests.