OPINIONS US app ban an act of banditry

US app ban an act of banditry 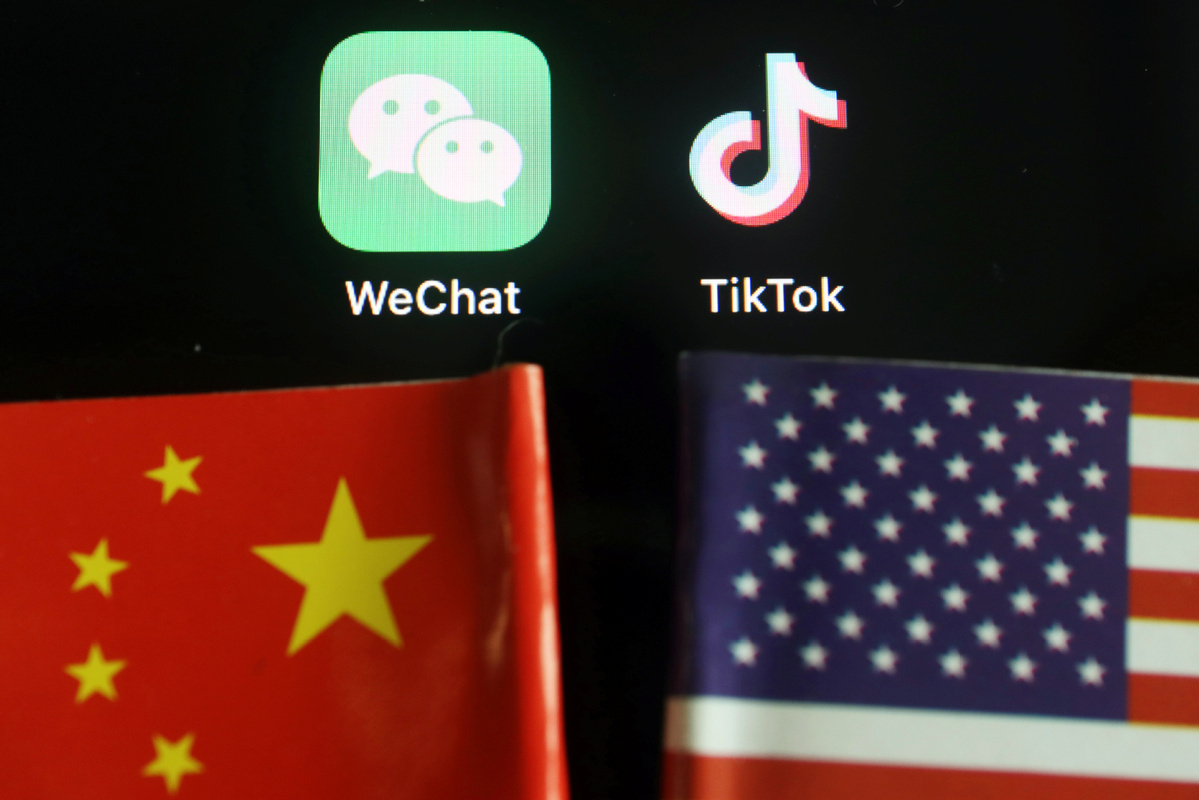 The messenger app WeChat and short-video app TikTok are seen near China and US flags in this illustration picture taken Aug 7, 2020. (Photo: Agencies)

That the executive orders have cited legal authority from two US emergency laws to ban transactions with the owners of video-sharing app TikTok and messaging app WeChat shows the US administration is fully aware of their absurdity.

The two vaguely worded orders issued on Thursday — to take effect in 45 days — despite citing legal authority from the International Emergency Economic Powers Act and the National Emergencies Act and alleging the two Chinese apps "threaten the national security, foreign policy, and economy of the United States", are bereft of even a semblance of legitimacy.

No wonder ByteDance, which owns TikTok, said it's "not planning on going anywhere", suggesting it could challenge the orders in a court of law, which would be a slap in the face of the US administration.

What makes the allegation that the apps "threaten the national security" especially absurd is that TikTok's US data are stored in the US and WeChat stores its US data in Canada. The national security ploy, which a handful of China hawks have been using to target China, has now become a favorite tool of almost all US politicians.

Which makes the orders an act of political manipulation, as the Foreign Ministry said.

Yet the US politicians' attempts to use China as the boogeyman to hide their own ineptitude and failures will not succeed.

That being said, if any popular app, or to put it more bluntly, any successful company operating in the US is owned by a foreign entity, it is bound to be labeled a "national security threat" by the incumbent US administration so US politicians can squeeze them dry like the pirates of yore. As is evident from the US president's statement saying he would support the sales of TikTok's operations in the US to Microsoft if the US government got a "substantial portion" of the deal, which is nothing but officially sanctioned theft of a leading Chinese enterprise.

After banning Chinese telecom giant Huawei and now attempting to rob ByteDance, the US administration could target more Chinese companies, because the goal of the "clean network" campaign, as US Secretary of State Mike Pompeo said at a news conference on Wednesday, is to bruise China's nose in the information technology and related fields by weakening Chinese flagship companies.

By continuously violating World Trade Organization rules and giving international law short shrift in its desperate attempt to maintain its hegemony, and by making China the scapegoat for everything that ails the US, Washington is further harming bilateral relations.

Since the incumbent US administration's machinations against China will go down in history as one of the biggest political follies, it should stop violating the law of the market to throttle businesses, return to its senses and refocus on common Sino-US interests so bilateral ties can be recalibrated.