US arrogant sanctions over Hong Kong will be resisted and ridiculed 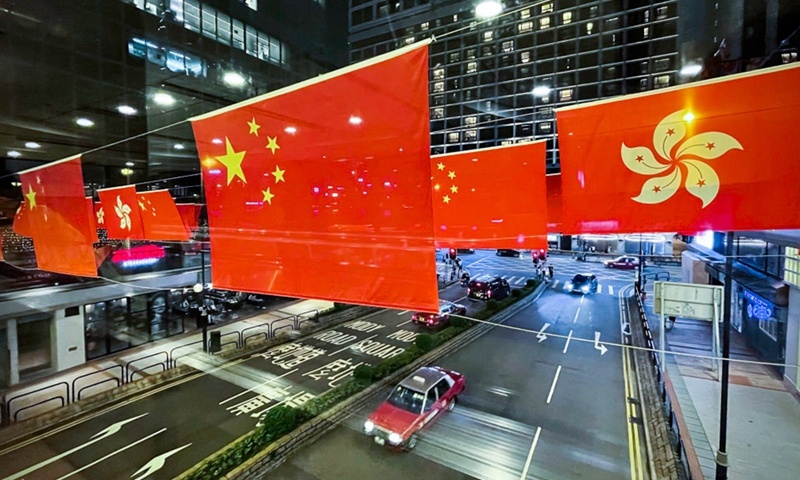 On Friday, the US government issued an advisory to warn US businesses about risks to their operations and activities in Hong Kong, and sanctioned seven Hong Kong liaison office officials. This is the latest arrogant and empty bluster from the US side.

The US latest sanctions will have no effect. It has already sanctioned a number of high-ranking mainland officials and key government officials in Hong Kong. But this has not shaken the resolve of the central government and the Hong Kong Special Administrative Region (SAR) government to take measures to stabilize the situation in Hong Kong, nor has it prevented the implementation of the National Security Law for Hong Kong and advancement of political reforms.

So far, in the China-US conflict, damages to the commercial companies from the two countries due to political reasons have all been caused by the US. If US companies face new risks, they must also have been imposed on them by Washington, not by National Security Law for Hong Kong. On the contrary, the enactment and implementation of the National Security Law has restored basic stability in Hong Kong, eliminated the possibility of further large-scale unrests there. We believe all foreign companies in Hong Kong will welcome this change.

Compared with the Xinjiang-related advisory issued by US government earlier this week, the latter has a more deterrent effect on US companies, since it bans products involving so-called "forced labor" to enter the US. The reputational, economic and legal risks to those companies come from the US. The new Hong Kong-related business warning is a pernicious exposition of Hong Kong's national security laws. These statements are hardly enforceable on their own, and the US companies in Hong Kong can choose whether to accept them on their own.

The US has a trade surplus of more than 20 billion US dollars a year with Hong Kong, and exports a large amount of financial services to the city. Therefore, the US government cannot coerce Hong Kong and US companies operating there. So its Hong Kong-related commercial warnings are just a bluff.

The US has already lost the political battle over Hong Kong. A Hong Kong-related advisory and increased sanctions against seven liaison office officials are more likely to pave the way for its own defeat in Hong Kong. The overly arrogant US has also lost face in Hong Kong, where it has no cards left to play and is showing the Chinese people, including the people of Hong Kong, what it means to run out of tricks.