Beijing (People's Daily) - A US ban on Xinjiang products, which came into effect on Tuesday, has brought negative market reactions and uncertainties to global supply chains. 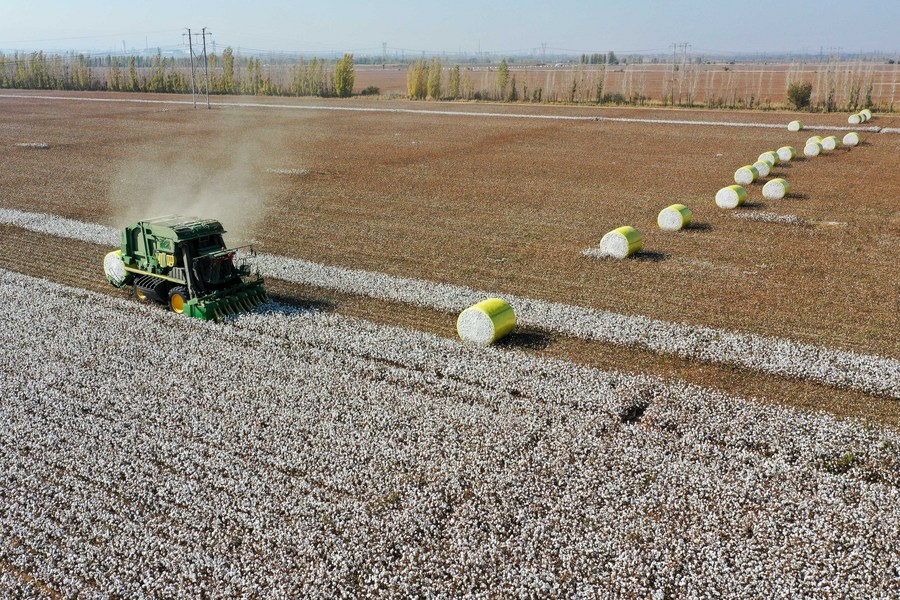 The implementation of the law damages the interests of American consumers who like to purchase high-quality goods from China and American businesses engaged in China-US trade, especially against the backdrop of a record-high inflation in the US, Bao Jianyun, director of the Center for International Political Economy Studies at Renmin University of China, told the People’s Daily on Friday.

In the long run, it will hurt the credibility of the US, as US trading partners and even its allies may have difficulties to maintain a stable expectation about US trade policy, the expert added.

The implementation of the sweeping ban has triggered concerns from American businesses and industry insiders. Former American Apparel and Footwear Association Chairman, President & CEO Rick Helfenbein described the impact of the enforcement of the act like a “level-10 typhoon” in a recent interview with Bloomberg.

The Chinese commerce ministry on Tuesday called the US ban a typical example of economic coercion, saying the move will do no good for stabilizing global supply chains, easing global inflation, or helping global economic recovery.

A Chinese foreign ministry spokesperson said that the US sanctions prove that Washington wantonly undermines global economic and trade rules.

The US move is a malicious suppression of China’s textile industry, the China National Textile and Apparel Council said on Wednesday.

For some large multinationals, trade ties with the world’s manufacturing hub and the biggest market is hard to sever. Seeing the Chinese market “too valuable to leave,” some companies have begun walling off their Chinese and US operations, kept using Xinjiang materials for the Chinese market or maintaining partnerships with entities there, the New York Times reported Wednesday.

Xinjiang produces more than 40 percent of the world’s polysilicon and a fifth of global cotton, according to data firm Kharon.

The US ban has had an impact on related industries in Xinjiang, but in a limited and predictable way, said Bao. “Chinese products are of good quality and high market share, and if the US market is not friendly to some of them, those products could turn to more friendly markets.”

The US enforced such a “malicious” law, put its interests above market rules, and violated the laws of market economy, which would eventually make itself pay the price for such hegemonic behavior, said Bao.

When finding that the US market is unreliable, companies would have to adjust their business layouts for protecting profits, which could in the end lead to changes of global industrial chains, and even a trend of “de-Americanization” in the chains, the expert explained.