OPINIONS US barking up the wrong trade tree

US barking up the wrong trade tree 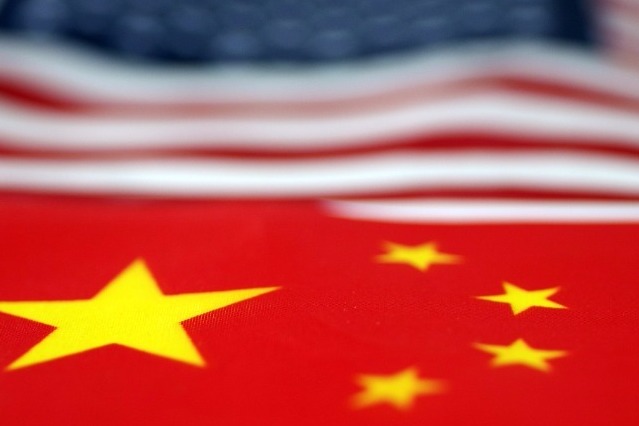 The good news is that the United States and China appear to have backed away from the precipice of a trade war. While vague in detail, a May 19 agreement has defused tension and created room for further negotiation. The bad news is that the framework of negotiations is flawed: A deal with any one country will do little to resolve the US' fundamental economic imbalances that have arisen in an interconnected world.

There is a longstanding disconnect between bilateral and multilateral approaches to international economic problems. In May 1930, some 1,028 of the US' leading economists wrote an open letter to Herbert Hoover, then US president, urging him to veto the pending Smoot-Hawley tariff bill. Hoover ignored the advice, and the global trade war that followed made a garden-variety depression "great". Incumbent US President Donald Trump has put a comparable spin on what it takes to "make America great again".

Politicians have long favored the bilateral perspective, because it simplifies blame: you "solve" problems by targeting a specific country. By contrast, the multilateral approach appeals to most economists, because it stresses the balance-of-payments distortions that arise from mismatches between savings and investment. This contrast between the simple and the complex is an obvious and important reason why economists often lose public debates. The dismal science has never been known for clarity.

Such is the case with the US-China debate. China is an easy political target. After all, it accounted for 46 percent of the US' colossal $800 billion merchandise trade gap last year. Moreover, China has been accused of egregious violations of international rules, ranging from allegations of currency manipulation and State-subsidized dumping of excess capacity to cyber-hacking and forced technology transfer.

Equally significant, China seems to have lost the battle in the Western arena of public opinion - criticized by Western policymakers, a few high-profile academics, and others for having failed to live up to the grand bargain struck in 2001, when it joined the World Trade Organization. A recent article in Foreign Affairs by two senior officials in the Barack Obama administration says it all: "(T) he liberal international order has failed to lure or bind China as powerfully as expected." As is the case with the Democratic People's Republic of Korea, Syria and Iran, strategic patience has given way to impatience, with the nationalistic Trump administration leading the charge against China.

The counter-argument from multilateral-focused economists like me rings hollow in this climate. Tracing outsize current-account and trade deficits to an extraordinary shortfall of US domestic savings - just 1.3 percent of national income in the fourth quarter of 2017 - counts for little in the arena of popular opinion. Likewise, it doesn't help when we emphasize that China is merely a large piece of a much bigger multilateral problem: the US had bilateral merchandise trade deficits with 102 countries in 2017. Nor does it matter when we point out that correcting the supply-chain distortions - caused by inputs from other countries that enter into Chinese assembly platforms - would reduce the bilateral US-China trade imbalance by 35-40 percent.

Flawed as it may be, the bilateral political case argument resonates in a US where there is enormous pressure to ease the angst of the country's beleaguered middle class. Trade deficits, goes the argument, lead to job losses and wage compression. And, with the merchandise trade gap hitting 4.2 percent of GDP last year, these pressures have only intensified during the current economic recovery. As a result, targeting China has enormous political appeal.

Beyond a ceasefire in tit-for-tat tariffs, there are few real benefits. US negotiators are fixated on targeted reductions of about $200 billion in the bilateral trade imbalance over a two-year time frame. Given the extent of the US' multilateral problem, this is largely a meaningless objective, especially in light of the massive and ill-timed tax cuts and federal expenditure increases that the Trump administration has enacted in the last six months.

Indeed, with budget deficits likely to widen, the US' savings shortfall will only deepen in the years ahead. That points to rising balance-of-payments and multilateral trade deficits, which are impossible to resolve through targeted actions against a single country.

Chinese negotiators are more circumspect, resisting numerical deficit targets but committing to the joint objective of "effective measures to substantially reduce" the bilateral imbalance with the US. China's promise to import more US agricultural and energy products borrows a page from the "shopping list" approach of its earlier trade missions to the US. Unfortunately, the big-wallet mindset of China reinforces the US narrative that China is guilty as charged.

Even if the stars were in perfect alignment and the US was not facing a savings constraint, it stretches credibility to seek a formulaic bilateral solution to the US' multilateral problem. Since 2000, the largest annual reduction in the US-China merchandise trade imbalance amounted to $41 billion, and that occurred in 2009, during the depths of the global financial crisis. The goal of achieving back-to-back annual reductions totaling more than double that magnitude is sheer fantasy.

In the end, any effort to impose a bilateral solution on a multilateral problem will backfire, with ominous consequences for US consumers. Without addressing the shortfall in domestic savings, the bilateral fix simply moves the deficit from one economy to others.

And therein lies the cruelest twist of all. China is the US' low-cost provider of imported consumer goods. The Trump deal would shift the Chinese piece of the US' multilateral imbalance to higher-cost imports from elsewhere - the functional equivalent of a tax hike on US families. As Hoover's ghost might ask, what's so great about that?

(The author, a faculty member at Yale University and former chairman of Morgan Stanley Asia, is the author of Unbalanced: The Codependency of America and China. Project Syndicate)