Fully supporting the purposes and goals of the Arms Trade Treaty, which aims to prevent irresponsible transfers of arms that result in regional instability and curb the ready availability of weapons and ammunition that enable acts of terror and violent crimes, Zhang Jun, China's permanent representative to the United Nations, deposited China's instrument of accession to the treaty with UN Secretary-General Antonio Guterres on Monday. 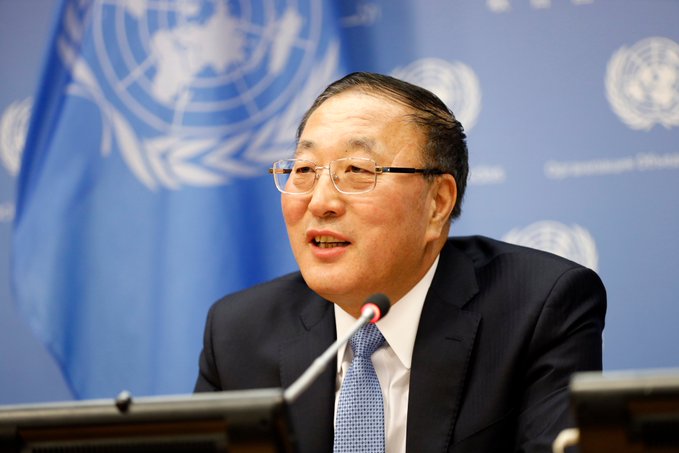 Following a legislative session of the National People's Congress Standing Committee that gave the green light for the country to join the treaty last month, depositing the instrument of accession marks the conclusion of the domestic legal procedures for China to join the treaty, which comes into effect 90 days after the instrument of accession is deposited with the United Nations.

The treaty was adopted by the UN General Assembly on April 2, 2013, and entered into force on Dec 24, 2014. China's accession further enhances the treaty's universality. It now has 107 state parties, strengthening the international arms control process.

Joining the treaty demonstrates China's resolve and sincerity to maintain the international arms control regime and improve global security governance. It is also further evidence of its support for multilateralism and its sincerity in seeking to forge a community with a shared future for mankind.

Its responsible attitude is in stark contrast to that of the United States, which has stubbornly clung to unilateralism and constantly walked away from its commitments to key international agreements, including the Iranian nuclear deal, the Intermediate-Range Nuclear Forces Treaty, the Treaty on Open Skies, and the Arms Trade Treaty, which although agreed to by the Barack Obama's administration was never ratified by the US Senate, due to opposition from the National Rifle Association.

In July 2019, President Donald Trump told Guterres that the US had no legal obligations from its 2013 signature and that it would not be a party to the treaty. The US' withdrawal from the treaty does a disservice to international arms control efforts.

As the world's sole superpower, the US should set an example by contributing to safeguarding the international order, the rule of law, the role of the UN and honor its international commitments. Yet the current US administration's penchant for unilateralism and frequent withdrawal from international agreements have had negative impacts on global stability. By choosing to behave like a spoiled child, its irresponsible actions have seriously undermined the joint efforts of countries to tackle global challenges and poisoned the atmosphere for international cooperation.

Never in history has a nation had so much power to advance so much good. The US should grow up and shoulder its responsibilities to bring countries together and safeguard world peace and stability.