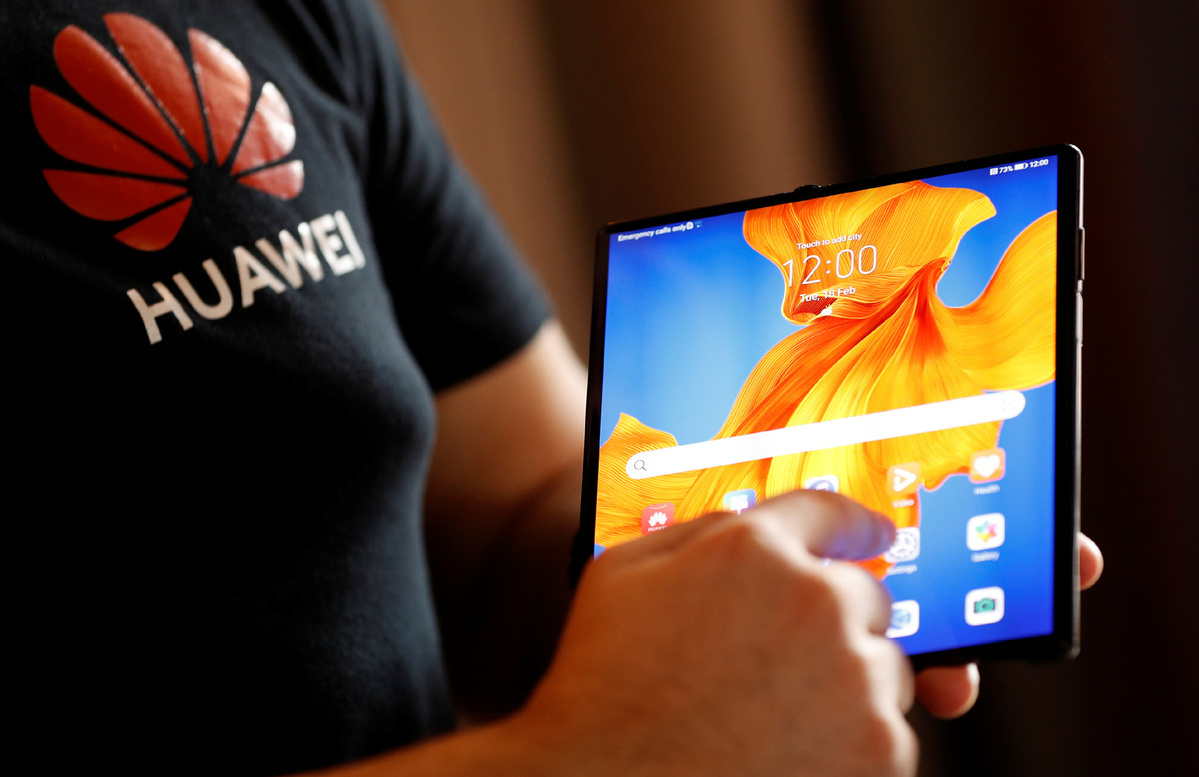 A Huawei employee demonstrates the features of the Huawei Mate XS device, during a media event in London, Feb 18, 2020. [Photo/Agencies]

Amid growing concern about the future of Huawei, which is likely to suffer a complete chip outage beginning Tuesday, its consumer business group CEO Yu Chengdong was a picture of calm.

"No one can put out all the starlight of the sky," he said at a recent developer meeting.

His words echoed recent remarks of Huawei founder Ren Zhengfei that the tech giant lit the beacon of 5G technology, but just after the torch was ignited, the United States tried to put it out with a big stick.

The continuing blows raining on Huawei must have made it clear that the United States hopes to see it perish, extinguishing the sparks of Chinese technological innovation forever.

There is no evidence yet that Huawei poses a security threat to the US, but the US has excluded it from its domestic market citing security concerns. That apart, it has barred American companies from exporting to Huawei and stopped companies using American equipment and technology from cooperating with Huawei.

Such curbs will not only endanger Huawei's "survival", but also endanger its customers in more than 170 countries.

Since the reform and opening-up, Chinese enterprises have gradually integrated into the international division of labor, believing the trend is irreversible.

However, globalization and marketization have also weakened China's capacity in the supply chain's upstream. That is why the US government has suddenly launched a crackdown against Chinese companies' industrial chain.

However, the US cannot put out the stars that fill up the entire sky. The Chinese are striving to make up for their disadvantages. After the White House banned Huawei from using the Google operating system, the company unveiled its own HarmonyOS 2.0 system, with the support of 1.8 million developers worldwide.

China has never harbored the idea of starting all over again, nor does it want to end up with a "one world, two systems" scenario. It only wants to achieve sustainable economic development, enhance international competitiveness and overcome the "middle-income trap" through technological innovation and industrial upgrading. The US views China's development efforts as a strategic threat and a zero-sum game, in which China has to take an independent, albeit long and difficult, course in semiconductors in order to survive.

China's plan for the development of semiconductors does not mean a complete homegrown replacement. Rather, it only wants to create a more controlled supply chain in an open environment in case foreign technology is completely cut off. The US does not represent the whole world. China's huge market provides opportunities for companies from all over the world to innovate and compete. China will surely create brighter starlight in the sky, a trend the US cannot reverse.