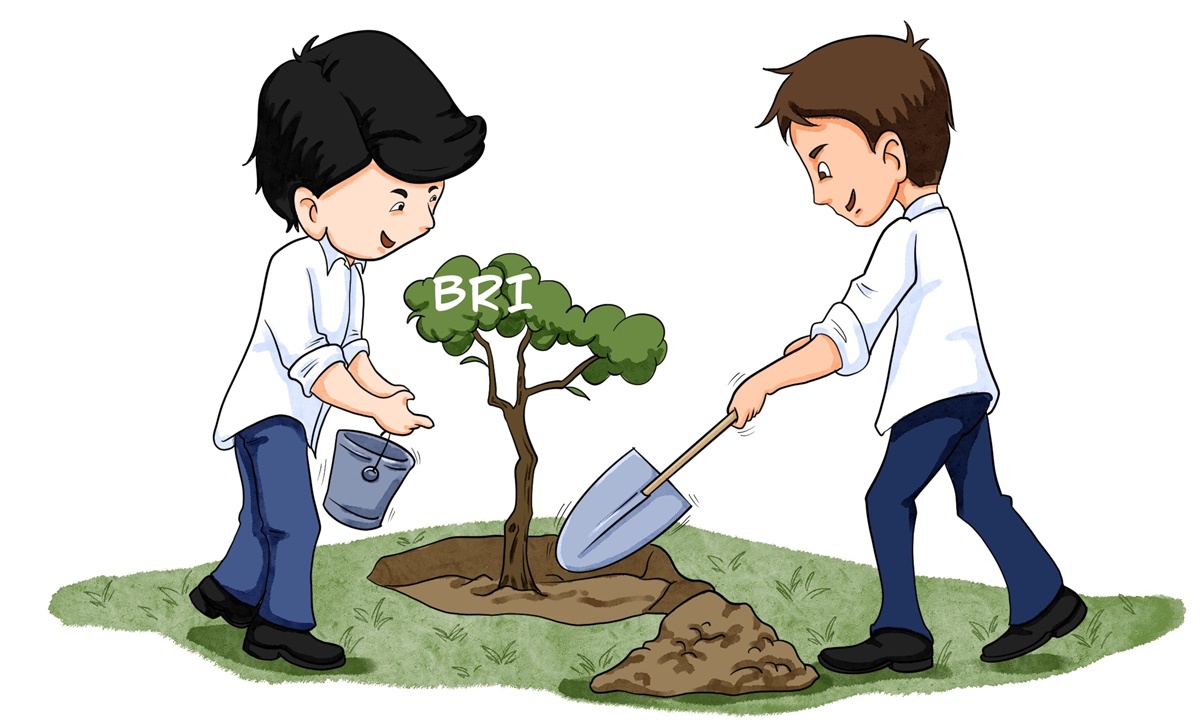 Under the guise of upholding human rights, a US-based institution on Tuesday published a report attempting to vilify the China-proposed Belt and Road Initiative (BRI), claiming that a hydroelectric dam in northeastern Cambodia under the BRI "has undermined the lives and livelihoods of thousands of indigenous and ethnic minority people."

The report published by Human Right Watch claims that the Lower Sesan 2 dam has violated the human rights of nearly 5,000 people whose families had lived in the area for generations, and also impacted the livelihood of those both up and downstream.

This is just another attempt by the US to smear mutually beneficial projects under the BRI. Throughout the development of the BRI, the vilification from the US has never been absent, with attacks targeting topics from financing to ecological protection to human rights. However, rather than genuinely caring about human rights in related areas, the US is simply trying to sow discord among China and countries under the BRI framework, in a bid to contain China's development and maintain its hegemonic power across the world.

Contrary to the US' long-standing accusations, the BRI has been promoting green and sustainable development, aiming to realize common development and prosperity based on mutual respect. In the eight years since the initiative was brought forward, BRI projects have been delivering tangible benefits to local residents and creating more job opportunities and more prosperous societies.

The 400-megawatt dam targeted by the US' latest slander is the largest and the seventh one built by China in Cambodia with a length of 6,500 meters and has become a major power source for the local community. Before the inauguration of the project, Cambodia was highly dependent on imported electricity and electricity shortage was a major stumbling block for the nation in attracting outside investment.

With the Lower Sesan 2 dam put into operation in 2018, the seven Chinese-built dams were capable of producing a total of 1,328 MWs, or 50.1 percent of the electricity production available in Cambodia, according to Xinhua News Agency.

The Lower Sesan 2 dam project has not only been contributing greatly to the development of the nation but also improved the livelihood of local residents, who used to live without access to electricity or proper transport infrastructure. After relocation, they not only enjoy affordable electricity but also modern infrastructure, including roads, schools, hospitals and temples.

There are plenty of such examples during the promotion of BRI. The Cabinda water supply project in Angola covers 92 percent of residential areas in Cabinda, with 600,000 Angolan residents benefiting from the project. For some residents in Cabinda, it was the first time they had access to clean tap water.

A total of 205 cooperative contracts had been inked between China and 171 countries and international organizations under the BRI as of January 2021. The framework has not only facilitated a more coordinated response to the COVID-19 pandemic, but has also helped advance the economic recovery for participating countries. In 2020, China's non-financial direct investment in BRI countries reached $17.79 billion, up 18.3 percent year-on-year, despite the health crisis. Countries and regions are well aware of the benefit of joining BRI.

In contrast, the US has been only offering obstructions to the development of related countries, including Southeast Asian nations. For decades, the US has lacked a coherent trade policy or sufficient presence in the infrastructure construction in the Southeast Asian region. With a notorious history of violating human rights itself, the US has ironically turned it into a weapon to attack others.

The right to subsistence and development is the primary basis of human rights. There may be speed bumps during the promotion of cross-border cooperative projects, but the benefits of the BRI projects for participating countries and regions should not be vilified. Instead of indulging in finger pointing, the US should join the campaign to help offer electricity and other critical infrastructure to less developed countries to genuinely protect human rights.