US COVID-19 origins probe: Chronicle of a political witch-hunt foretold 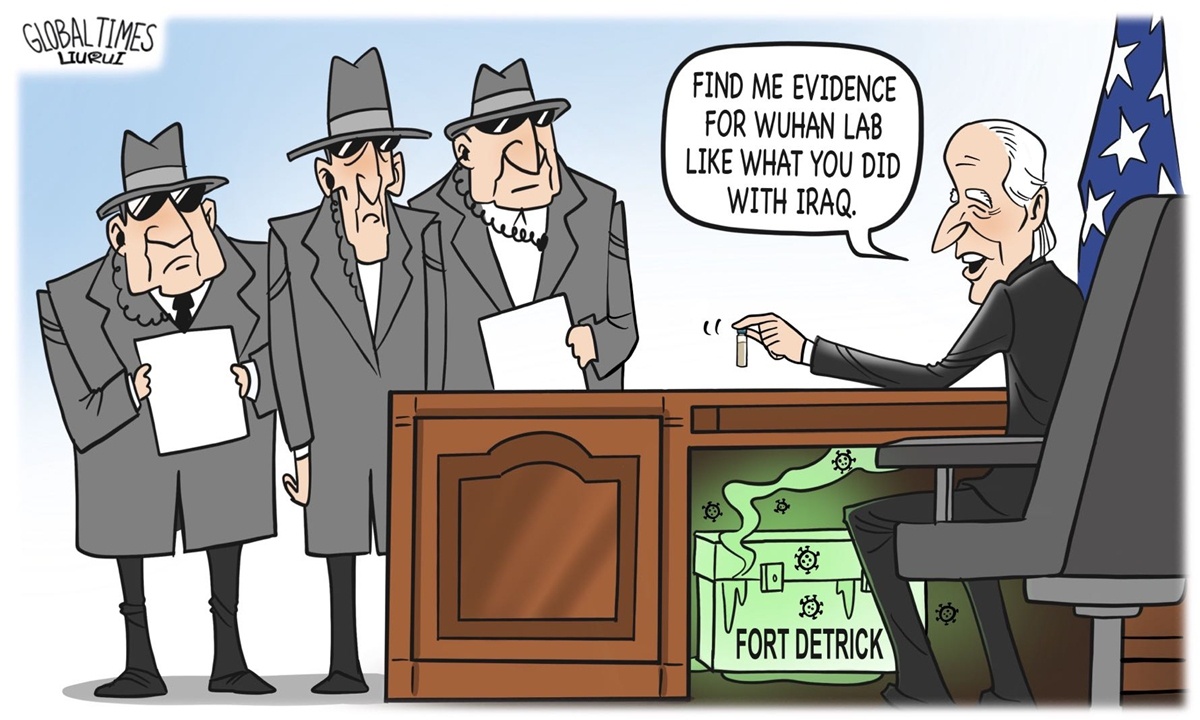 Nevertheless, the US COVID-19 origins probe is not meant for cracking the scientific puzzle, but a political witch-hunt foretold, making China the sole subject of its origins-tracing efforts.

The US government has already had the "outcome" of the so-called "investigation" before it was even conducted.

Sources reveal that some US government and intelligence officials believe that there is always a need to press ahead with the COVID-19 origins probe in China even if no substantive evidence is eventually found. If the probe ends up with nothing, the US can still proclaim that the failure of finding out where the virus came from is due to China's open rejection of the next phase of the investigation, and therefore China must be held responsible for the world's suffering. The more China resists, the more reasons the US will have to unite with its allies and followers to exert greater pressure on China.

With a strong will of proving that the virus was leaked due to improper operation of the Chinese laboratory, the US has provided the WHO with a framework plan for origins-tracing. According to the plan, experts in the investigation team should come from countries including the United States, Europe, Canada and Japan, and have access to all parts of China. It requires China to share all information on the virus, clinical cases and biological samples. The US plan has already jumped to a false conclusion, even before the probe starts, that the coronavirus came from the leaking of a Chinese lab, and it was China's mishandling of the early stages of COVID-19 pandemic that caused the virus to spread all over the globe.

Meanwhile, the US has recently set about whitewashing the highly dubious Fort Detrick in Maryland. Its state-controlled media outlets, including Voice of America and Radio Free Asia, have put positive spin on Fort Detrick, propagating that the army base is conducting "beneficial research." All this is orchestrated by the US government.

It is crystal clear now that the coronavirus origins tracing investigation initiated by the US has nothing to do with science; it is totally driven by politics. To bring China down, some US politicians would believe in lies rather than truth, politics rather than justice, ideology rather than virology.

No matter in Afghanistan, Iraq, or Syria, all those false accusations made by the US are just a reflection of its own crimes and hidden political agenda. On the issue of COVID-19 origins, the US does not even bother to use a small vial of white powder to disguise itself.

Russian historian Sergei Latyshev commented that the US is pushing the WHO to pin the blame on China and drawing the world's fury to China, or at least it hopes to intimidate Beijing with such a prospect, unless the Chinese bow to Washington and make significant concessions on other issues.

Such tactics never work on China.

The more extreme the US gets in scapegoating China for the pandemic, the more questions it raises about its own culpability and the more suspicions it causes on what happened in Maryland.