US crackdown on Chinese telecom firms will only hold itself back 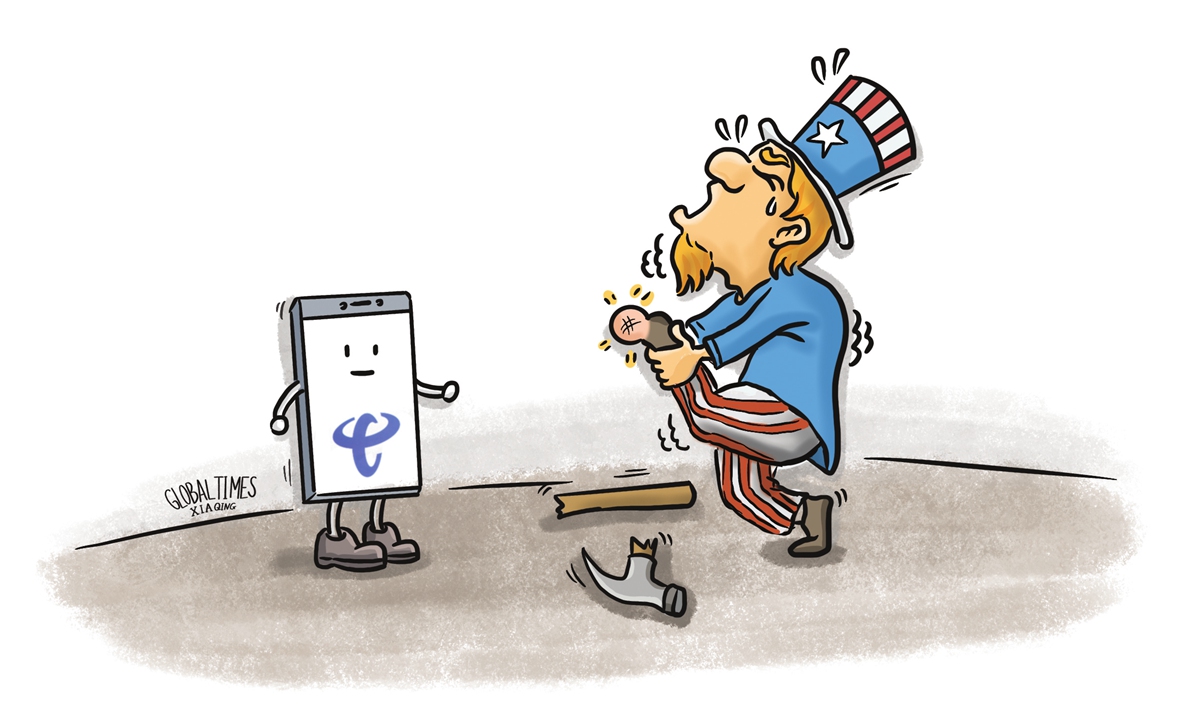 The US Federal Communications Commission (FCC) on Tuesday announced moves to "revoke and terminate" China Telecom (Americas) Co's authority to provide telecom services in the US. Washington again wielded its knavish stick toward a Chinese firm under the guise of "national security."

"The Order on Revocation and Termination directs China Telecom Americas to discontinue any domestic or international services that it provides pursuant to its section 214 authority within 60 days following the release of the order," read the FCC's statement.

This is not the first time the FCC has launched a crackdown on Chinese telecom companies. Previously in March, the regulator said it has begun efforts to revoke authorization for China Unicom Americas, Pacific Networks and its wholly-owned subsidiary ComNet to provide US telecommunications services, according to the Reuters.

It is a typical bad faith move for the US to crack down on Chinese firms without any concrete evidence or even a valid reason. What US officials use repeatedly is merely an unsubstantiated allegation of the companies posing security risks. If the US chooses to go down this road and build high walls to isolate itself from cooperating with industry leaders, it is the US' own future development that will be undermined.

As for China Telecom, the company will not be impacted much given the small proportion of its business in the US. An industrial source on Wednesday told the Global Times that the company has not received authorization revocation notice of its US subsidiary.

The company, one of the main carriers in China, has become a frontrunner in the industry globally, with a leading role in 5G network, cloud service and industrialization of quantum communication.

More than 460,000 5G base stations have been co-built and shared by China Telecom and its business partners, and it has built a cloud resource pool that covers all provinces, regions and municipalities in China and extends to overseas markets, according to media reports.

The company has committed to further boosting investment in innovation, aiming to increase research and development investment to about 3 percent of its revenue by 2023. That will keep growing through to 2025 with the focus on key advanced technologies such as quantum technology, 6G and satellite Internet.

Aside from China Telecom, the Chinese telecommunications industry has developed considerable strengths in the global arena over the years, with 5G technologies being an example. On October 18, China's Ministry of Industry and Information Technology said that China has set up over 1.1 million 5G stations and has established the world's largest independent 5G network.

The technological prowess of Chinese telecom firms is plain for all to see, not to mention the country's unrivalled market and massive investment and talent reserve. Moreover, China has been expanding the opening-up of its telecom market, offering key opportunities to global players, even at a time when its own telecommunications companies like Huawei have endured baseless attacks from the US and a gang of its followers.

With China opening up its market and boosting innovation and the US building up high walls and cutting ties with advanced technology firms, the prospect for the two countries' telecom sectors will be self-evident.

The article was compiled based on an interview with Xiang Ligang, director-general of the Beijing-based Information Consumption Alliance. bizopinion@globaltimes.com.cn