OPINIONS US disinformation campaigns on Xinjiang: A playbook of 'thief crying stop thief'

US disinformation campaigns on Xinjiang: A playbook of 'thief crying stop thief' 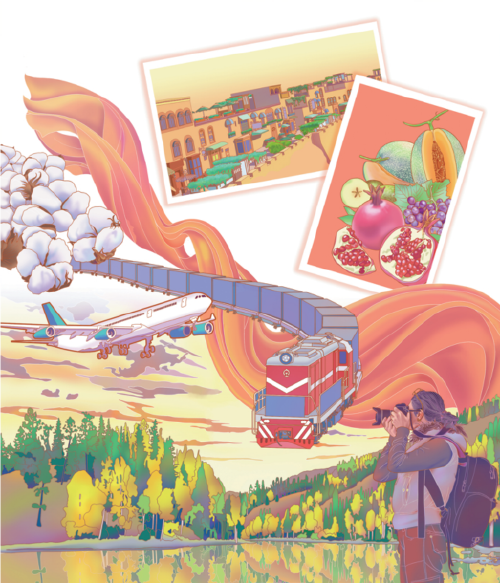 In July and August 2022, Twitter and Facebook removed two overlapping sets of accounts for violating the platforms' terms of service. The suspended accounts, according to analysts, "consistently advanced narratives promoting the interests of the United States and its allies while opposing countries including Russia, China, and Iran".

A detailed analysis of the suspicious accounts can be found in a report titled "UNHEARD VOICE: Evaluating five years of pro-Western covert influence operations", coauthored by the Stanford Internet Observatory (SIO) and Graphika. It turns out that the accounts are part of a series of covert campaigns over a period of almost five years rather than one homogeneous operation.

As disclosed by the report, the disinformation campaigns used "inauthentic tactics" to flood the information space with pro-Western propaganda. The banned accounts, for instance, showed "clear signs of automated or highly coordinated posting activity". They created fake personas with sophisticated A.I.-generated images to manipulate the online discourse by sharing similar content, posed as independent media outlets to enhance the credibility of the fake users, launched online petitions and started hashtag movements in an attempt to hype up narratives that served the agenda of the forces behind the scenes.

It came as no surprise that Twitter identified the US as one of the "presumptive countries of origin", and Facebook said the US was "the country of origin". As always, the US calls its mass production of disinformation "investing in its values". It has been scaling up input to make that happen. The Strategic Competition Act of 2021 adopted by the US Congress authorized $300 million each year to "counter the malign influence" of China.

According to the SIO-Graphika analysis and US media reports, the US military is suspected to be involved in managing the "trolls"on these two social media platforms, with a purpose to conduct secret information warfare against China and others. This explains why the accounts have shown a particular interest in all the lies related to Xinjiang, such as the so-called "genocide" and "forced labor" of the Uyghurs.

Despite these accounts' efforts,the content shared by them has long been debunked. Testimonies have revealed that the so-called survivors of and witnesses to "genocide" in Xinjiang were simply actors hired by forces bent on denigrating China. The "studies" frequently cited by Western media were churned out by pseudo-scholars with little academic integrity,like Adrian Zenz. The NGOs most motivated to spread rumors about Xinjiang were heavily sponsored by institutions like the notorious anti-China National Endowment for Democracy (NED).

The US does not even bother to explain its deceptive acts away. On the contrary, on the same day the SIO-Graphika study was released, the US Department of State issued a report accusing China of manipulating global public opinion on Xinjiang. But such "whataboutisms" have failed to deflect international attention. Instead, the list of charges compiled by the US based on its own expertise has unintentionally given away the country's manual for disinformation campaigns.

In psychology, projection refers to the mental process where people attribute to others what is in their own minds. A brief review of history will show how often and adeptly the US has adopted such a tactic. In the case of Xinjiang, the accusations the US has heaped on China seem to befit itself most. With its own past tainted with the blood of Native Americans, the US concocted the story of "genocide" in Xinjiang. While peddling conspiracies smearing Xinjiang, the US accused China of manipulating global public opinion. If there is a title for the playbook the US has been resorting to in its disinformation campaigns, it must be "thief crying 'stop thief'". But the US is bound to be disappointed: the world is clear-eyed and will not be taken in.