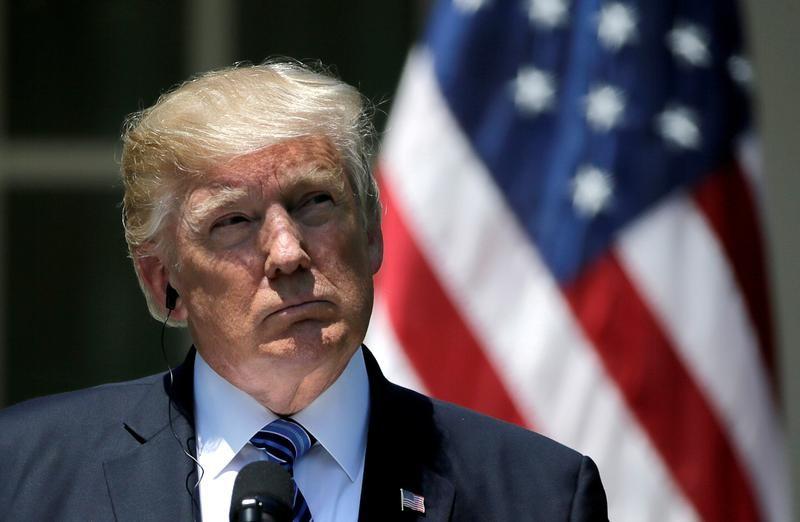 US President Donald Trump sparked outrage after he reportedly referred to Haiti, El Salvador and some African nations as "shithole countries" on Thursday during a meeting with lawmakers at the White House. According to US media reports, Trump was meeting with lawmakers to discuss a bipartisan immigration deal involving those countries when he reportedly said, "Why are we having all these people from shithole countries come here?" and added that the US should get more people from countries like Norway. Trump on Friday denied describing these nations as "shithole countries." "The language used by me at the DACA meeting was tough, but this was not the language used. What was really tough was the outlandish proposal made – a big setback for DACA!" Trump tweeted. He also said he has "a wonderful relationship with Haitians." Democratic Senator Richard Durbin on Friday said Trump used "hate-filled, vile and racist" language including "shithole" when talking about immigrants from Haiti and Africa. The incident is still unveiling and escalating. The US media will probably continue to dig into what exactly Trump said in meetings with lawmakers on Thursday. If Trump did refer to the two Latin American and African countries as "shithole countries," it is by no means diplomatically accepted. It is also politically incorrect. If the remarks were indeed uttered, the incident will definitely tarnish Trump's image and make the world believe that the US is increasingly irresponsible. The incident tends to make us believe that most white Americans see poor Latin American countries and African countries the way Trump does. It should be noted that Trump's remarks were originally made at a closed-door meeting in the White House and later leaked to the public. The continuous leaks from the White House indicate a lack of minimum political unity at the top political level. The drive to jostle against each other among different political factions has prevailed over the "US national interests." US society needs immigrants and the prosperity of the Western world cannot be realized without the contributions of people from developing countries. This is an indisputable fact. This leads to the moral and legal consensus on prohibiting racial discrimination in the US and other Western countries. But the consensus is now being challenged by the rise of populism of white Americans.    Immigrants in the US from poor countries will react. Haiti and El Salvador have lodged protests. The displeasure from other Latin American and African countries may also persist. But these reactions may not have big impact on US politics. The biggest uncertainty comes from the US. If the media reports about Trump's remarks turn out to be true, his serious blunder was caught red-handed. He can hardly defend and justify his remarks. Trump denied he made these comments and the public opinion in the US may turn to focus on whether his denial is true. His political foes may not easily let go of him.The US is facing challenges from a radically changing world. Many advantages that the US had gained during its heyday have been declining. It is still an advanced country, but its ability to lead the world is struggling. US society as a whole is restless and swayed by considerations of gains and losses. The actions and language of the incumbent US president is quite different from his predecessors. US society is divided as how to define the changes in the White House. It is hard to conclude whether such a divide is normal growth pains or a lethal rift. Let's wait and see.