OPINIONS US economic nationalism a hard sell in Davos

US economic nationalism a hard sell in Davos 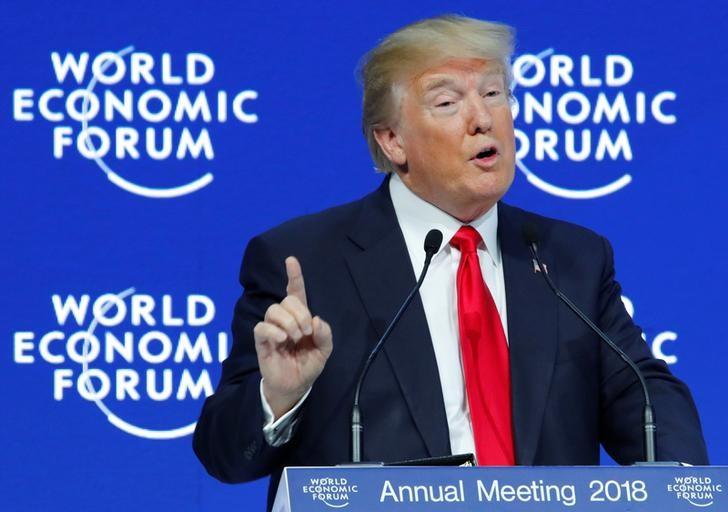 US President Donald Trump on Friday addressed the World Economic Forum in Davos, saying "America First does not mean America alone" and that "when the US grows, so does the world."

This address sounds like a PR statement in face of global opposition over the past year. Trump did not name China in his Davos speech but his accusation that the US will not "turn a blind eye" to the theft of US intellectual property and state-subsidized economic interference sounds very much like the finger Washington has been recently pointing at Beijing. But we don't have to rush to accept these charges - Trump is also not satisfied with trade partners like Germany and Japan. Trump has been substituting the concept of "free trade" with "fair trade." "Fair trade" appeared many times in his speech in support of "America First" policy. His fairness is for the US to benefit. Trump must know that, in Davos, China's reputation as a supporter of free trade and globalization is sounder than that of the US. Germany too has a better reputation. If Washington wants to pick a fight with Beijing or Berlin on fair trade in Davos, it picked the wrong place.  Trump's "America First" policy is blatant economic nationalism. He invented this term and since he entered the White House, Trump half-forced and half-robbed US economic partners, plundering profits outside of international trade rules. This is the result of an imbalance between world powers. Globalization is unavoidable. The US wishes to use its power advantage to adjust the rules of globalization to better fit its own interests, to maximize the US interests. But this policy won't go far. It was first opposed by global opinion and such opposition reached a climax at the Davos forum. Soon it will meet opposition in trade. Frictions between the US and its allies may hurt their feelings and trigger a delicate change in world politics.Conventional security risks in today's world are substantially smaller than the Cold War era and economic security grows ever more significant. The impetus for countries to favor geopolitical interests over economic interests is waning, making "America First" a hard sell. "America First" is illogical. The Trump administration's overconfidence derives from superior US military might and its power to manipulate the global financial system. But the current US administration has misread the situation. Washington seems to believe that US military prowess not only protects its national security but also forces other countries to pay tribute. Washington should know that if the US wants to lead the world, it cannot be the plunderer of the world.