US Entity List renewal is attempt to beat China into submission 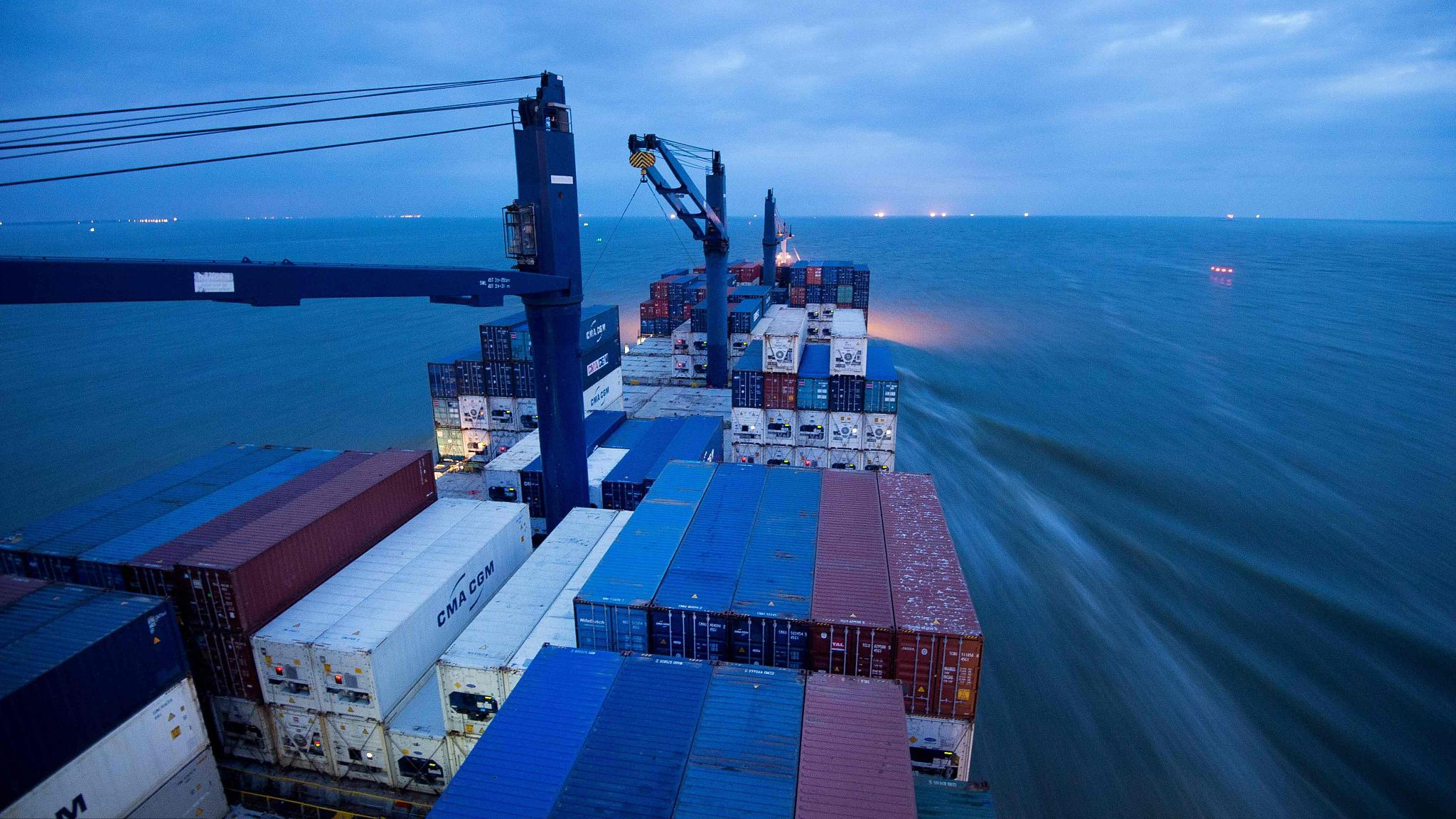 More Chinese companies have to take the brunt when China-US relations are shrouded by escalating trade tensions.

The final ruling by the US Bureau of Industry and Security (BIS), adding 44 Chinese entities (eight entities and thirty-six subsidiaries) to the Entity List, took immediate effect on August 1, 2018.

Included in the list are large state-owned enterprises and their subsidiaries, and high-tech research institutions situated in several major cities in China such as Beijing, Nanjing, Hefei, Shijiazhuang, and Chengdu.

It is a fresh amendment to the Export Administration Regulations (EAR) which can impose additional license requirements on, and limits the availability of most license exceptions for, exports, re-exports, and transfers (in-country) to listed entities.

The Entity List identifies entities reasonably believed to be involved, or to pose a significant risk of being or becoming involved, in activities contrary to the national security or foreign policy interests of the United States.

It is under periodical review resulting in entry addition, modification or removal of identified designations and destinations to be followed by the assignation of different degrees of export control. 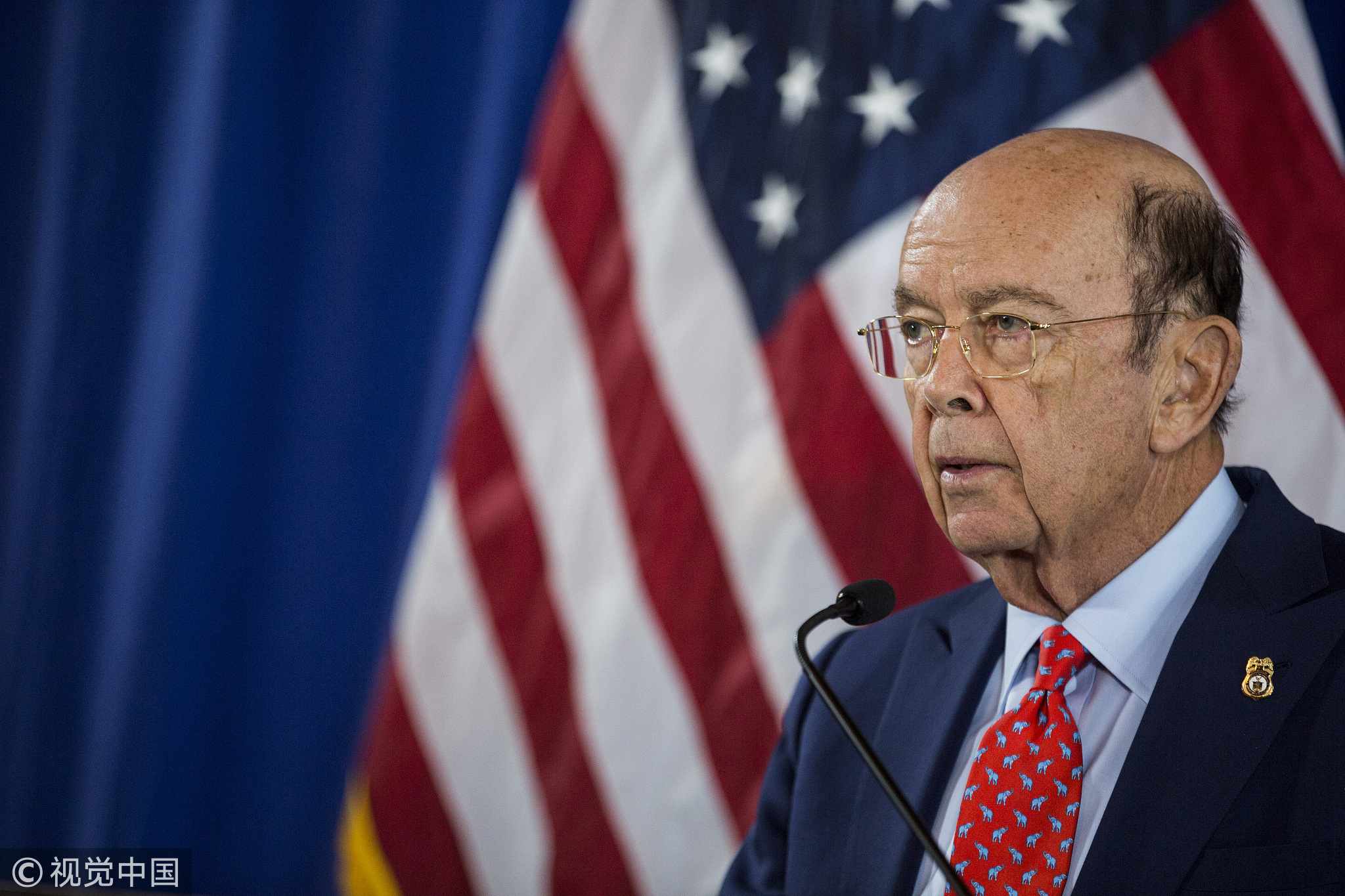 As recently as on January 26 this year, 21 entities from Bulgaria, China, Kazakhstan, Russia, Syria, and UAE were listed.

Nonetheless, this most recent move by the US watchdog is harsher and more focused. These 44 entities have been allegedly determined by the US government to be acting contrary to the national security or foreign policy interests of the United States.

It is a surprise attack because it circumvented the requirement of proposed rulemaking under the Administrative Procedure Act to provide the opportunity for public participation and a 30-day grace period before the effective date.

It specifically targets China, because all of the entities added as part of this rule are located in China.

The conduct of these 44 entities is determined to have raised sufficient concern based on the BIS’s review against the EAR with regard to their transaction of all items. It is believed that the possible imposition of license conditions or license denials on shipments to the entities, will enhance the ability of the BIS to prevent violations of the EAR. 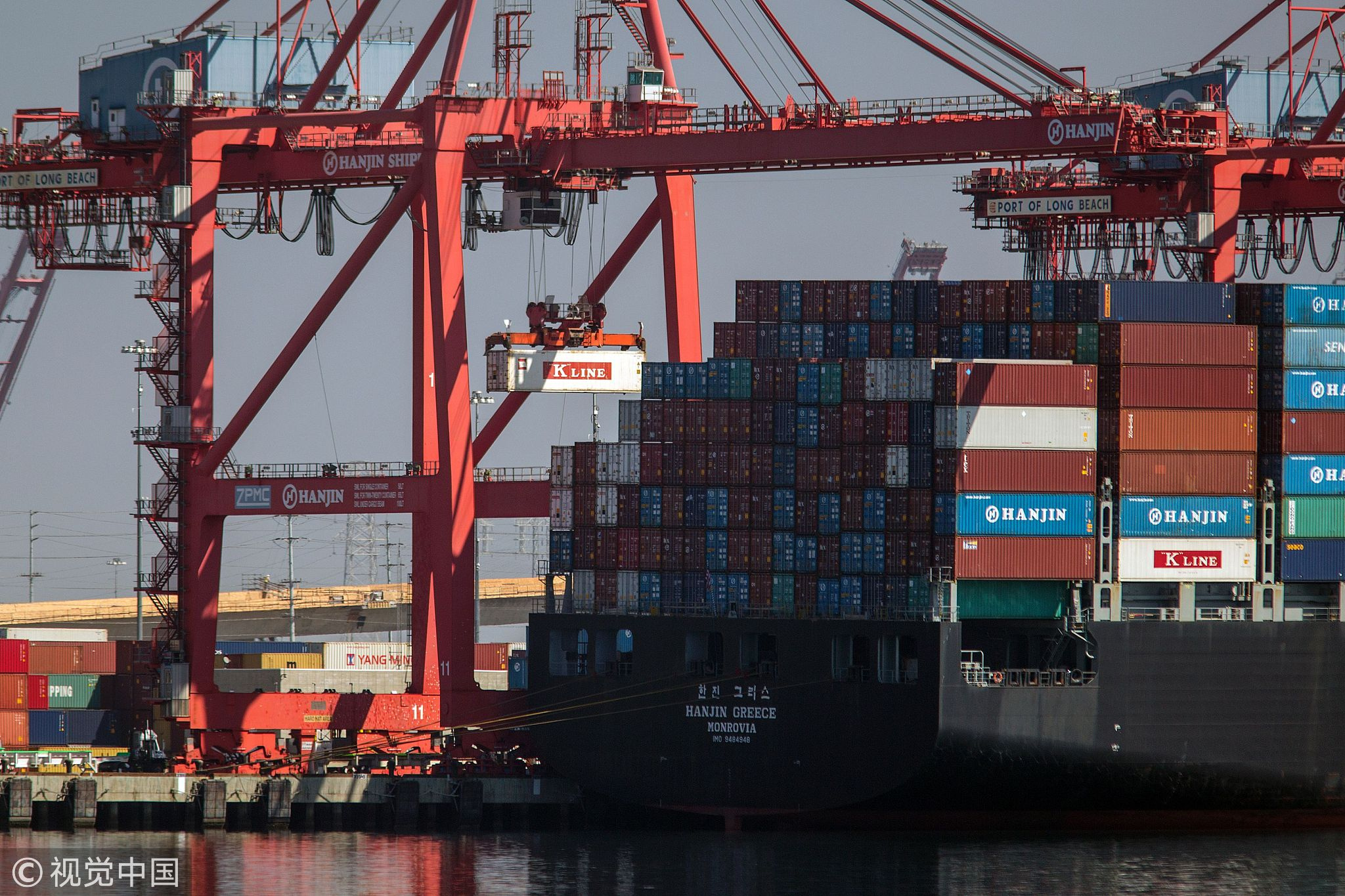 A crane lifts a container from the Hanjin Greece container ship as unloading begins at the Port of Long Beach on September 10, 2016, after being stranded at sea for more than a week for fear that it could be seized by creditors if it came to shore in Long Beach, California. (Photo: VCG)

As such, all these Chinese entities begin to face the imposition of a license requirement for all items subject to the EAR, and a license review policy of presumption of denial.

It is further emphasized that the license requirements apply to any transaction in which items are to be exported, re-exported or transferred (in-country) to any of the entities or in which such entities act as purchaser, intermediate consignee, ultimate consignee, or end-user.

In addition, all license exceptions are denied for all transactions to these entities in this rule.

Broadly, EAR controls the export of so-called “dual-use” items, i.e., goods and related technology designed for commercial purposes but which could have military applications, such as computers, aircraft, and pathogens. According to the publication of 15 CFR 774, Supplement 1, the list of EAR-controlled items (Commerce Control List - CCL) spreads its coverage over the following ten categories: 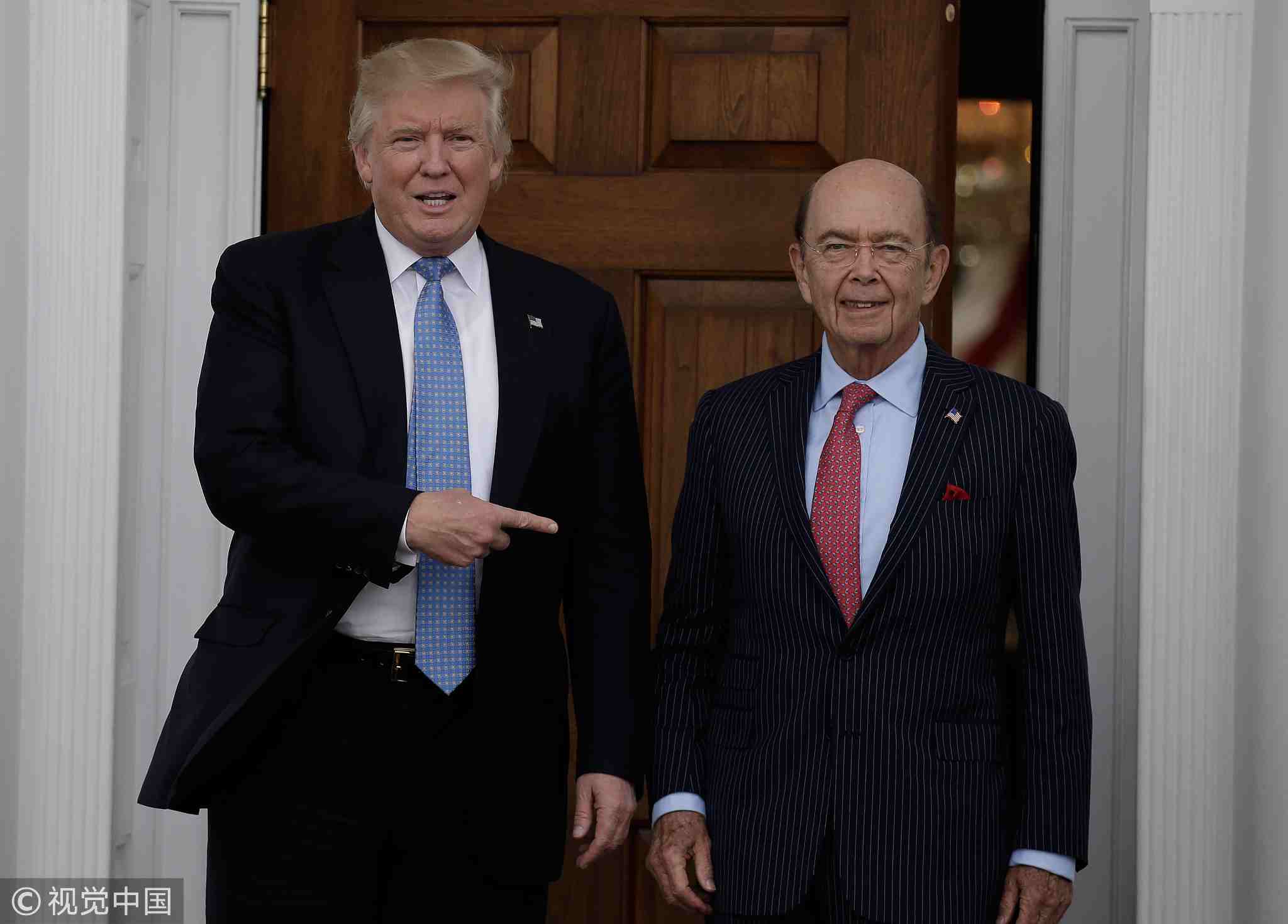 From classifying as one of the two revisionist powers in the National Security Strategy to labeling China as a strategic competitor using predatory economics to intimidate its neighbors in the National Defense Strategy, the Trump government attempts to overhaul the existing bilateral relations with China and is deliberately ramping up political consensus against a rising China, despite the fact that Chinese leaders reiterated the role of economic cooperation between the two big nations as the ballast stone and propeller.

More profoundly, the move by BIS on the strength of EAR is a pronouncement of the persistence of a Cold War mentality deeply rooted among US policymakers.

In retrospect, the trade embargo is a legacy of the Cold War when the western bloc was in a dire confrontation with the communist bloc behind the Iron Curtain, with the Coordinating Committee for Export Control (COCOM) playing a vanguard role.

While March 31, 1994 witnessed the demise of COCOM signifying the end of a duo-polarized world, its ethos and framework, however, is succeeded by the Wassenaar Arrangement. 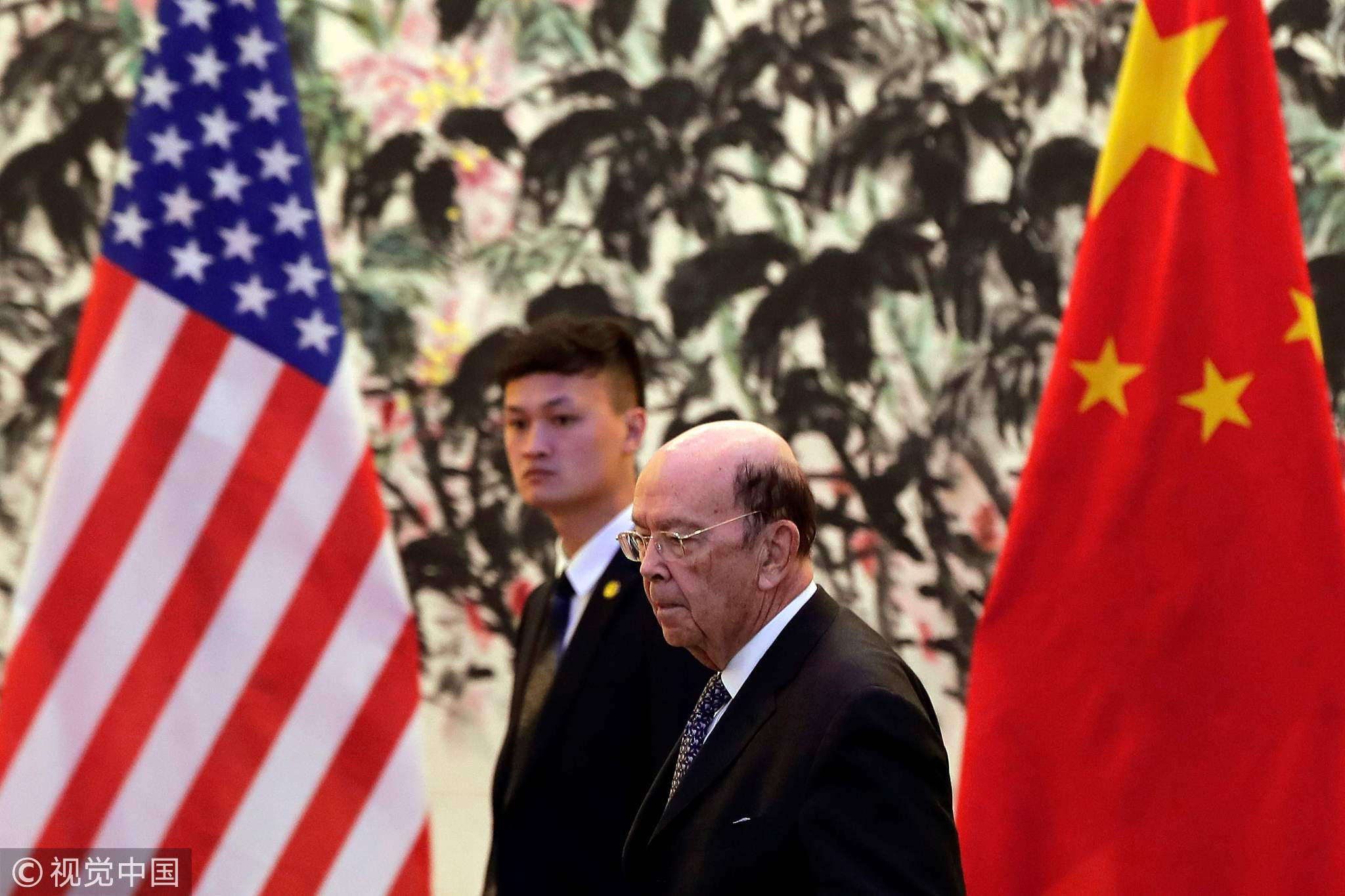 US Commerce Secretary Wilbur Ross arrives at the Diaoyutai State Guesthouse to attend a meeting with Chinese Vice Premier Liu He in Beijing on June 3, 2018. (Photo: VCG)

Today, the Wassenaar Arrangement on Export Controls for Conventional Arms and Dual-Use Goods and Technologies is a renewed multilateral export control regime with 42 participating states.

It is interesting to note that many former communist countries such as Russia and Romania have obtained their membership, whereas China is excluded at its doorstep, denoting a significant change in the world political landscape in the post-Cold War era.

Thus far, no sign has emerged to de-escalate the trade war that looms over the two largest economies with divergent ideology and politico-eco systems. On the contrary, both sides begin to dig deep into their toolkits for flagrant intimidation.

Unfortunately, the renewed Entity List zeroing in on Chinese institutions probably is merely a small attempt to coerce China into submission.

When the shared notion that there is no winner out of a trade war deeply permeates, and when the global economy is finally ushering in a prospect of recovery, moral integrity, political will, long-range vision as well as the personal wisdom of those national leaders involved are definitely placed under rigorous test.

The entire world is on close watch – with anxiety and expectation – big time.