OPINIONS US entrepreneur: Sorry, President Trump...We are not leaving China

US entrepreneur: Sorry, President Trump...We are not leaving China

American entrepreneur Brian Linden, like many of his fellow expats in China, has developed his career and built his life in China.

Linden founded his hotel, Linden Center, together with his wife Jeanee Linden in Dali, a well-known tourist town in Southwest China’s Yunnan province in 2008.

Linden wrote this open letter to US President Donald Trump, who order US companies to leave China and suggested in a tweet on Friday that he has the authority to do so.

China Daily website has been authorized to publish this open letter.

Below is the full text.

In 2004, my wife, two sons (ages 7 and 9 at the time), and I gave up our careers in America, sold our home and came to China to pursue a dream steeped in idealism and respect. Our goal was to create a social enterprise: a sustainable business that would demonstrate its values - a reverence for Chinese culture - via tangible and intangible contributions. We arrived as a family with this mission and have spent the last fifteen years refining it. What started as a small hotel is now inspiring many people to recognize the beauty and wisdom of China's cultural heritage. 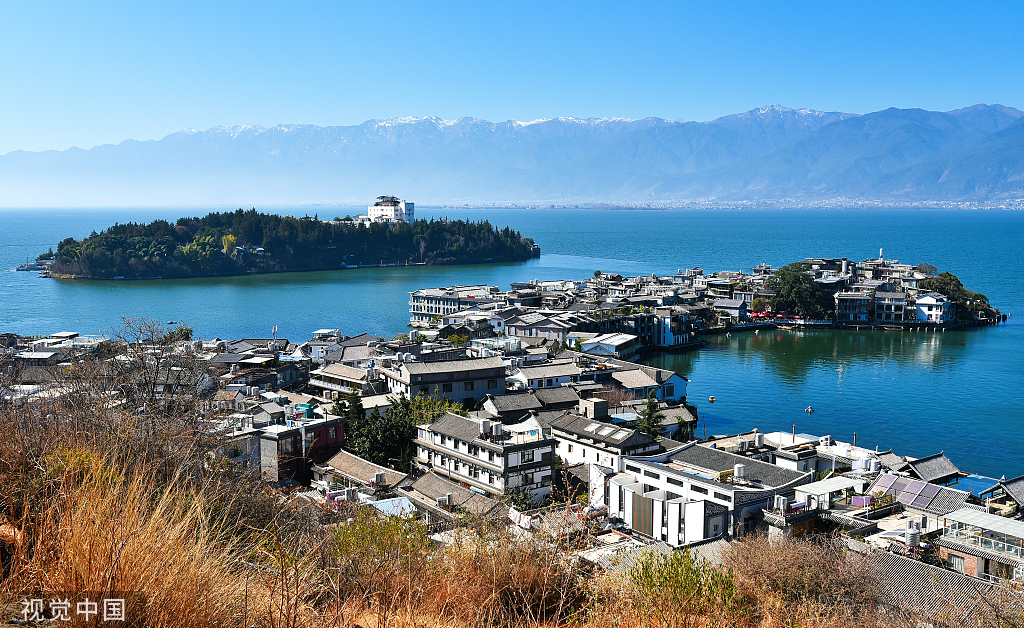 Our model's tangible aspirations are embodied in our protected structures. Restoring said buildings requires more money, time and care than new construction. We felt that our preservation efforts would demonstrate our commitment to the promotion of China's august cultural heritage and would symbolize the first step in the creation of our social enterprise.

From a business point of view, we understood that heritage buildings often could not provide the same comforts that many increasingly wealthy travelers expect in a hotel. Physical restoration, while honorable and important, was not enough to make a functioning business. Without unique 'software', we would never be able to compete and survive as a hotel.

We set out to source our 'software' from the indigenous culture and traditions of the region, most importantly its people. We felt that the world, in the rush to cater to a booming tourism industry, did the easy thing: invest in 'hardware' because 'software' takes time and energy to develop. Idiosyncratic architecture and extraneous attractions such as large bathtubs, massive televisions, and French wine cellars became the routinely financed expectations of many travelers. Guests were trained to value hardware in lieu of any software. In such models, the cultural and social resources of a destination become inconsequential, less important than the physical comforts of hotels that too often are designed and managed by non-local staff. Few benefits trickle down to the community.

Our social enterprise aimed to reverse this trend. As travelers ourselves, we were inspired by our past interactions with local people. We felt that the spirit of travel was being bankrupted in the name of superficial comforts. We believed that locals were benefiting little from the economic disruptions in their backyards, and we wanted to inspire our neighbors and travelers alike to aspire after a more sustainable model.

We have worked hard; we got our hands dirty. We took on risks that affected our whole family. We sold our home in America, gave up our professions and invested every dollar we had in these projects. We home-schooled our boys until university. China became our home and the Chinese embraced us like family. Leaving this special place has never entered our minds.

I first arrived in China in August 1984 and stayed until 1988. China has given me and my family a supportive platform upon which to pursue our dreams. We initially could offer this country little more than our passion and respect; in return, China has not allowed us to fail. We firmly believe that America must respectfully remain engaged with China. The Chinese have a saying: "The times may be changes but opportunities also abound. Let's not build walls."

We kindly decline the request to leave this great country and its people, Mr. President. We are proud to be Americans, but we are equally honored to say that China is and will remain our home.