US, EU attempt to block China's technology growth is doomed 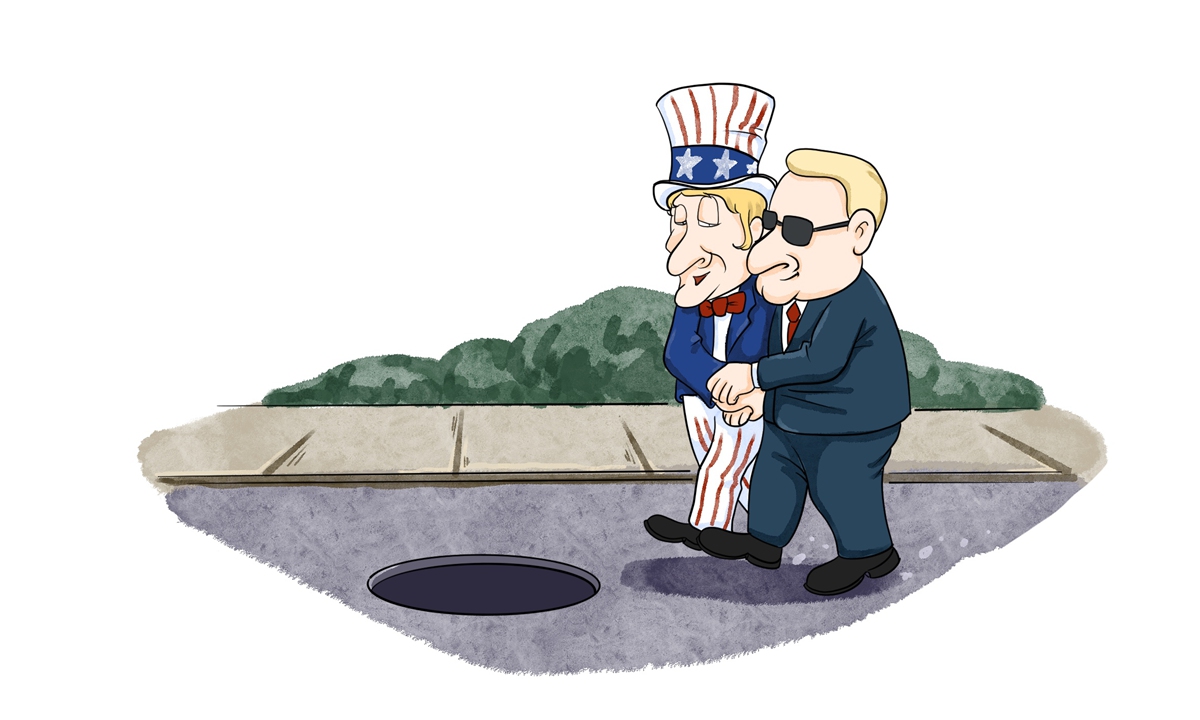 It is no secret that the US and its allies have been busy setting up barriers to block Chinese technology development in recent years. With the Biden administration attempting to lure its allies to form an anti-China clique, they are reportedly weighing on a new step to form a united front to restrict Chinese investment.

The EU will aim to agree on a framework for working with the US to screen potentially "hostile foreign investments" when officials meet in Pittsburgh later this month, the Bloomberg reported, citing anonymous sources.

During the meeting, the US and the EU will aim to "deliver similar statements to shape cooperation on export controls, artificial intelligence (AI) and critical supply chains of goods like semiconductors," according to the report.

Though the statement may not mention investment from China directly, it has been viewed by the market as targeting Chinese investors. China's rapid technology development in recent years has drawn envy and a sense of crisis among the traditional tech leaders in the West.

From the EU's increasingly heightened investment scrutiny to the US' constant attacks on Chinese companies, Western countries have been aiming to contain China's growth, advancement of technology in particular.

The EU and the US forming a new investment review alliance, if actually established, will create more challenges for Chinese companies. However, it is not the first time for China and Chinese companies encountering external technology blockade, which was always overcome by China in the end.

China has been expanding investment in research and development (R&D) for the past decade in order to make up for its technical shortcomings and catch up with the world's advanced levels.

In 2020, the nation spent a staggering 2.44 trillion yuan on R&D, an increase of 10.3 percent over the previous year, accounting for 2.4 percent of the country's total GDP. According to a report by the World Intellectual Property Organization (WIPO), China continued to rank 14th in the Global Innovation Index in 2020, making it the only middle-income economy among the top 30.

Also, among top five world-leading technology clusters, two are located in China, Shenzhen-Hong Kong-Guangzhou and Beijing, according to WIPO. In 2020, China recorded nearly 390,000 patent applications in the AI sector alone, accounting for 74.7 percent of world's total applications, ranking the first in the world.

The highly dynamic innovative environment attracts world-class talent and businesses from both home and overseas, not to mention the unrivalled market which is simply cannot be abandoned by global tech giants.

Global investors have been expanding their layout in the increasingly open Chinese market even amid the COVID-19 pandemic.

At the end of last year, China and the EU completed negotiation on the EU-China Comprehensive Agreement for Investment. As a mutually beneficial deal, it has been highly expected by the European business community; however, it will never be the case for the EU to collect profits in the Chinese market while blocking Chinese firms' development.

Facing the growing headwinds from the West, China needs to be ready to cope with ill-willed attacks and protect the rights of Chinese firms operating overseas. If the West tightens up investment scrutiny over Chinese investment unreasonably, China could roll out matching restrictions on European companies correspondingly, which is also in line with the international economic and trade principles.