OPINIONS US faces blowback over sanctions

US faces blowback over sanctions 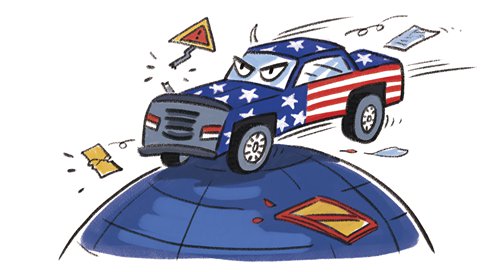 On September 20, the US State Department imposed sanctions on China's Equipment Development Department of the Central Military Commission because of Beijing's purchase of 10 Russian SU-35 combat aircraft in 2017 and S-400 surface-to-air missile system. A senior US State Department official, speaking to the media on condition of anonymity, said the sanctions were aimed at Russia, not China. China's Ministry of Foreign Affairs on the following day summoned the US Ambassador in Beijing to protest Washington's decision and demanded the sanctions be withdrawn.It is the first time that the US has unilaterally imposed sanctions on a key Chinese military agency and its head, which has set a bad example. Although the US claimed its real target was Russia, its sanctions directly target the Chinese military, which will undoubtedly affect military exchanges between Beijing and Washington. The engagement and communication between the two militaries are significant for peace and stability in the Asia-Pacific region.In the past two years, the recklessness and arrogance of the US government has gone out of control. Regardless of international law and multilateral systems, Washington only wants to engage with the world in accordance with its own laws and imposes sanctions on whoever disagrees with it.The US may use the move of imposing sanctions against China as an opportunity to send a warning to India and Turkey. India has been a big buyer of Russian weapons and Turkey has signed an agreement with Russia to purchase its S-400 air defense missile systems.The US is throwing to the winds the principles that the international order rests upon. It is forcefully reshaping international rules so that they can serve US interests. With "America First" coercively pushed forward, Washington spares no effort to undertake provocative yet risky steps.China will never accept US interference into its internal affairs. As long as Washington intrudes into Chinese interests, China will take proper and firm steps to counter the measures. No country will sit still quietly as the US hurts its interests. When the world is less and less willing to cooperate with the US, it is Washington that will foot the bill.China and Russia are world powers. It is strategically naïve and unscrupulous to try to thwart contacts between the two by wielding the sanctions stick. The US sanctions against China's military agency and its chief are mainly a psychological battle and a public opinion warfare and their actual impact will be limited. The US does not sell any equipment to the Chinese military, and it is none of its business when the Chinese military purchases weapons from Russia. The US stick of sanctions is made of paper and can't deter China. But why could Washington sanction the Chinese military at will? With a dangerous mind-set, the US has acted irresponsibly by dealing with bilateral relations and ties between the two militaries. Blinded by its own power, the US is running against the norm that the more powerful a country, the more prudent it should be. Washington is like a pickup truck which abruptly speeds up, runs the red light, and scratches other vehicles. It scares all cars and pedestrians, but does not realize the danger it is putting itself into - continuing like this, it will fall into an abyss.