US fails miserably in COVID-19 response 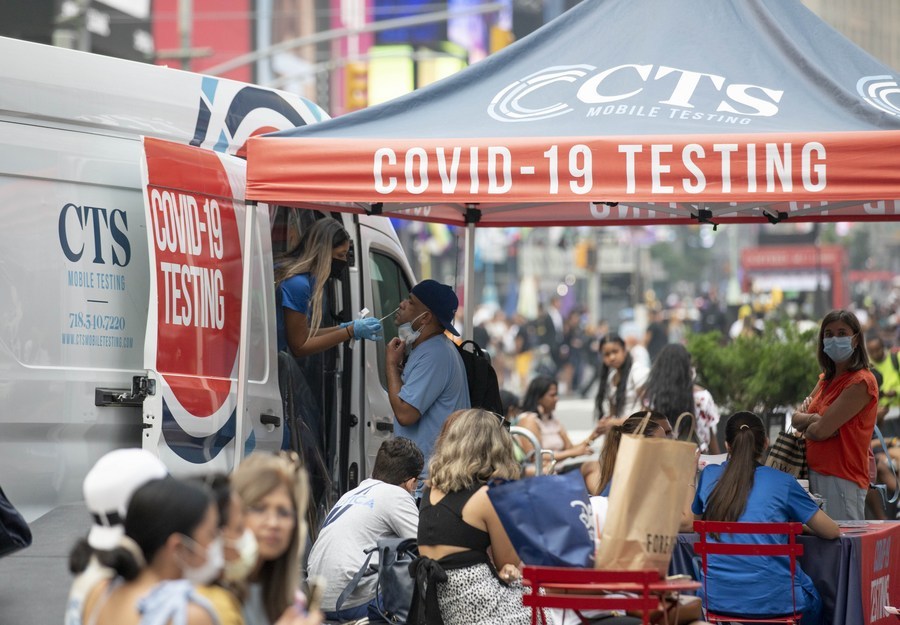 The United States has been rated by some of its media organizations as the "number one in the world" in terms of its response to the COVID-19 pandemic. Ironically, the country has recently registered another record high in daily new cases.

A research report jointly released on Monday by three Chinese think tanks in Beijing revealed the truth about the US performance in the fight against the novel coronavirus.

Despite its world-leading public health resources, medical team and medical-care system, the United States has responded in a way that could be described as "a disaster."

So far, the country has reported more than 35.53 million COVID-19 cases and more than 610,000 deaths -- ranking the first in the world in both categories.

The country has only itself to blame. With the two political parties jockeying with each other over the pandemic, and anti-virus policies formulated by the powerful elite, the interests of the public have been sacrificed to serve vested interests. With scientists and their professional voices ignored or even suppressed, the country has missed one golden opportunity after another to contain the virus.

Behind the chaos of the nation's COVID-19 response is the indifference of its politicians to basic human rights. For them, political interests far outweigh the lives and health of American citizens.

In addition to its failure in containing the virus on its home turf, the United States has also obstructed the joint global fight against the pandemic. It has restricted vaccine exports, politicized COVID-19 origin-tracing efforts, and turned a blind eye to the justified demand for an investigation into the Fort Detrick military biolab of the United States.

Instead of examining themselves to find where they have gone wrong, some US officials have been brooding over how to shift the blame to other countries. Their Cold-War mentality has been thoroughly exposed.

Instead of crowning itself the world's No.1 in COVID-19 pandemic response, the United States should focus on its anti-pandemic efforts, so that it won't become a joke within the global community.