OPINIONS US fails to act like a major power at UN

US fails to act like a major power at UN 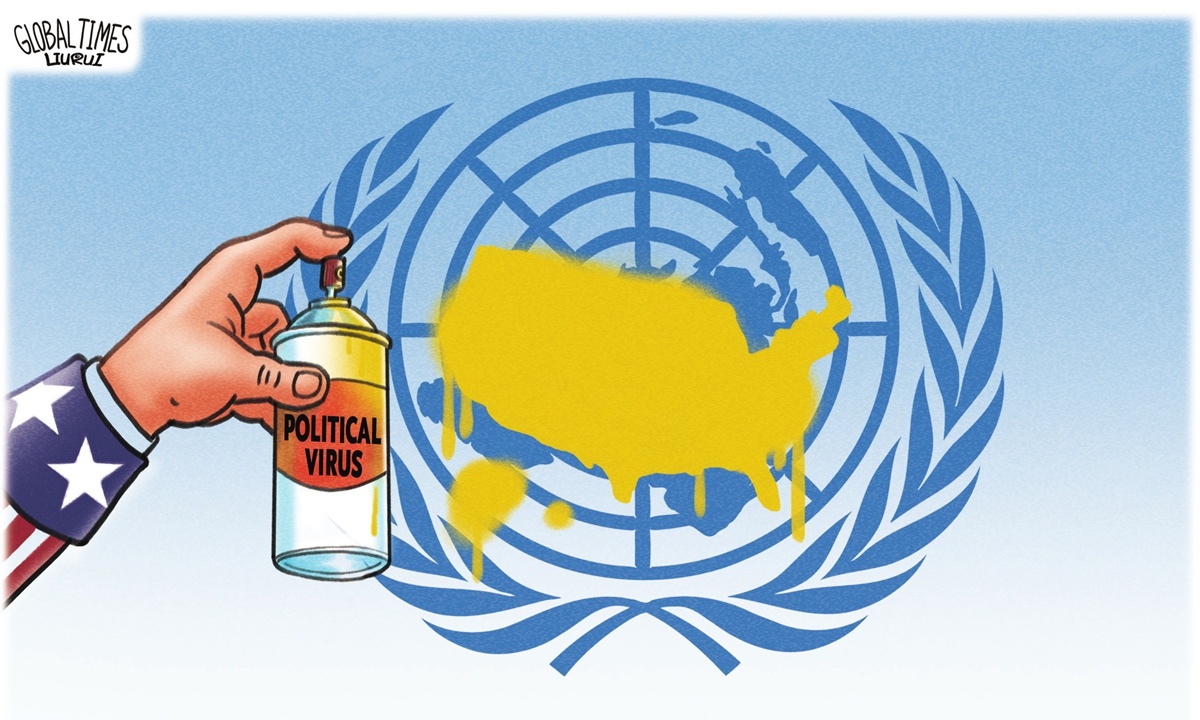 As President Xi Jinping said at the General Debate of the 75th session of the UN General Assembly, major countries should act like major countries. Taking up due responsibilities is an important part of being a major country.

Xi pointed out problems existing in international relations, but did not name any country. That means China is concerned about the problems themselves, rather than using the UN, a multilateral dialogue platform, to argue with any other major powers. China sincerely hopes the world can cooperate and unite. It has repeatedly stressed the world in the 21st century should not be engaged in a zero-sum game, and contradictions could and should be resolved in a rational way.

The most discordant noise at the General Debate came from US President Donald Trump. He surprisingly attacked China's performance on many aspects, from the fight against COVID-19 to reducing emissions, and denied China's constructive role in global governance. Trump's speech distorted the focus of the conference to a "China-US confrontation," distracted the attention of the international community, and made it more difficult to push forward the urgent task of fighting the coronavirus pandemic.

"We are moving in a very dangerous direction. Our world cannot afford a future where the two largest economies split the globe in a Great Fracture - each with its own trade and financial rules and internet and artificial intelligence capacities," UN Secretary-General António Guterres said in his speech.

His concern makes sense, as he has also noted that a technological and economic divide risks inevitably turning into a geostrategic and military one.

Major powers maintaining cooperation, at least not engaging in Cold War-style antagonism, is the important foundation of world peace. China is committed to maintaining cooperation among major powers, as well as being flexible in the balance of interests acceptable to all parties. The problem is the Trump administration is hysterically shaping decoupling and confrontation between Beijing and Washington, and has been mobilizing more forces to its side at home and abroad. Those US policymakers are deliberately splitting the world like during the Cold War.

The impulse to promote a cold war is the ultimate version of unilateralism, and shows dangerous and mistaken arrogance that the US is almighty. Everyone knows that the US is declining in its competitiveness under the rules-based international system the US itself initiated and created. It wants to build a new system more beneficial to itself, and allow the US to maintain its advantage without making any effort. This is simply impossible.

Has the US won anything by launching the unprecedented trade war? Has it won anything by disrupting the global supply chain? Which country could always win without losing in the process? China is most diverse in manufacturing, and has the largest market potential. As we are also constantly improving our innovation, who can benefit from a "decoupling" from China?

The serious failure in handling the epidemic is the US' own fault, and China has nothing to do with it. How absurd is it to hold China accountable for the over 200,000 COVID-19 deaths in the US!

To hype such a lie could generate certain benefits under the US political environment, but will be despised by the entire world.

Beijing has restrained itself over Washington's mad moves to launch a new cold war and split the UN and the world. We persist on opening-up and avoid escalating tensions with the US. China's development needs a united world, and we are willing to spare no efforts to defend such solidarity.

Both Xi and Trump addressed the General Debate on Tuesday with pre-recorded videos. Xi emphasized unity and cooperation, while Trump mentioned China 12 times, making the country his most outstanding stunt. Judging from such different performances, it is easy to tell which side was more reliable. If the 21st century would finally become a century of divisions, the US ruling elites shall be regarded as the sinners of history.