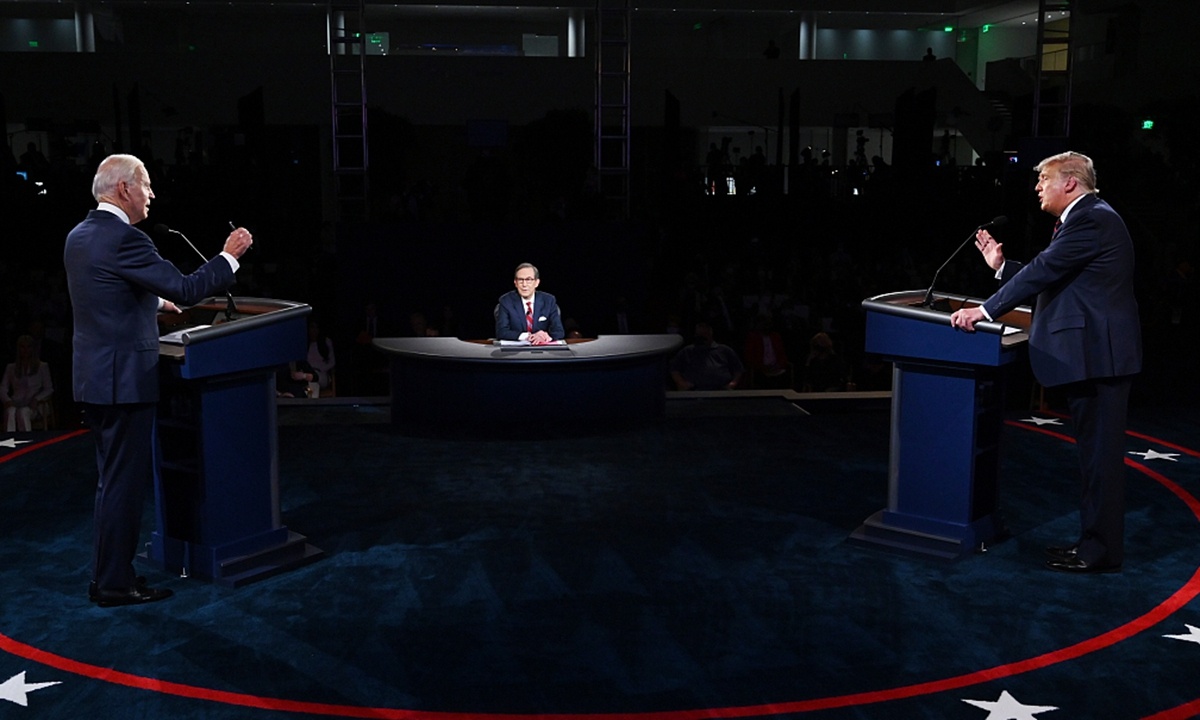 The second and final presidential debate before the 2020 US election, between Republican President Donald Trump and Democratic challenger Joe Biden, will be held on Thursday night US time. The first debate was so "hostile" and "chaotic" that the mute button introduced by the debate commission has become a hot subject for media outlets on the eve of the debate.

The Republican president's campaign accused organizers of the showdown of helping the Democrat by leaving out foreign policy as a topic, while the Biden camp shot back that Trump was trying to avoid questions about his response to the coronavirus pandemic, according to BBC. The Trump camp even reportedly continues complaining over the topics after the debate commission had settled the topics.

During the first debate, both sides had attacked each other on these two topics, but the problem is that China was involved in their attacks. Trump said that once Biden wins, the Americans "are going to have to learn to speak Chinese." The Democrats mocked Trump who praised China several times for doing a good job in the coronavirus fight.

Worryingly, the mute button may prevent them from interrupting each other, but it can't stop them from racing on to be tougher on China.

Although "Fighting COVID-19" is among the six topics settled by the debate organizer, it's not likely to see a call for the US to participate in the international cooperation of COVID-19 fight during the debate. Instead, Trump is more likely to play the China-blaming game again. As the US elections are drawing near, lagging behind in poll, Trump may make any moves in reelection bid.

Whether China and the US can cooperate in the vaccine development process and other aspects of fighting the pandemic has been a topic of concern in the market. It's hoped that on this issue, the two sides of the debate will refrain from playing "China card," and not to stifle the possibility of China-US cooperation in this area in the future.

Regarding the China issue, the two parties in the US have actually made some changes recently. They also have reasons to be cautious on issues involving China, so as not to give voters unsatisfactory answers.

Some observers believe that even with the introduction of the mute button, the final debate between the two parties may be more hostile than the first one.

The article was compiled based on an interview with Huang Rihan, assistant dean of the College of International Relations at Huaqiao University. bizopinion@globaltimes.com.cn