OPINIONS US further smears China as own epidemic worsens

US further smears China as own epidemic worsens 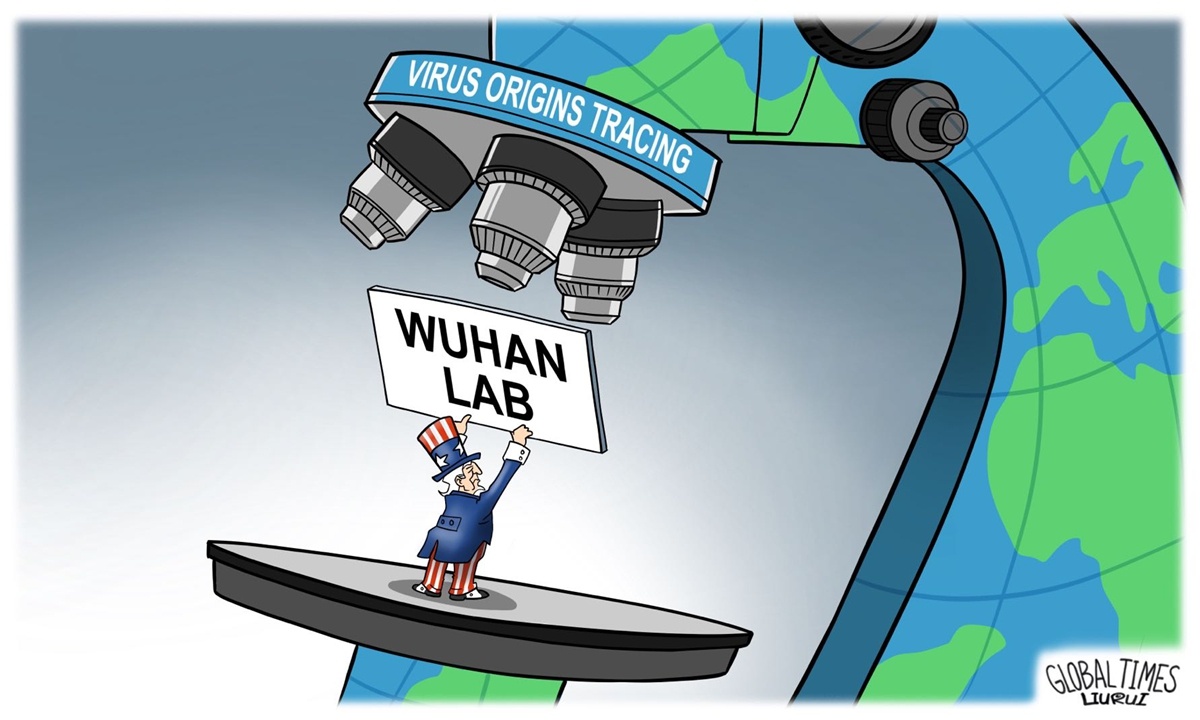 The US recorded more than 100,000 new daily novel coronavirus cases every day for five consecutive days last week. National Institutes of Health Director Dr. Francis Collins said Sunday, "We are failing" to contain the delta variant surge, according to ABC News. The country's daily new infection cases on Sunday sharply dropped to around 36,000. That's because during the weekend, there were fewer staff monitoring COVID-19 cases. There is a difference between weekdays and weekends in the fight against the disease. That's how the US works.

Many political analysts predict that Democrats will lose the mid-term elections and Republicans will at least take back control of the Senate and possibly the House as well. This is because in terms of the economy, the Biden administration is exploiting the old trick of its predecessor - recklessly printing money. Its tariff policy toward China also follows the Trump administration.

The WHO experts report about the origin of COVID-19 was rejected by the Biden administration, which also roped in some allies to support its clamor. Washington then persuaded the WHO to focus on China in the agency's second-stage of virus origins tracing. All moves seemed to be well organized. Biden also ordered intelligence agencies to verify if the virus was leaked from the Wuhan Institute of Virology (WIV), throwing a bomb into public opinion. And now, the farce starring US intelligence agencies is coming to a climax.

The Republicans haven't sat idly by. On August 2, Congressman Michael McCaul, the Lead Republican of the US House Foreign Affairs Committee, released a report claiming that there is a preponderance of evidence that the virus leaked from the WIV sometime before September 2019. Such shameless performance just met the needs of the US' current political correctness, and laid a political foundation for the so-called report of intelligence agencies.

It is unthinkable that the Biden administration will have its intelligence agencies release a report saying something else. As the two parties struggle in the mid-term elections, such a report will bring nothing but trouble to the Democrats. The Biden administration has served its political interests. In its eyes, even "truth" must be at its service. So it is not surprising to see it call white black.

The Democratic government is poised to make origins tracing a sharp conflict between China and the US to attract attention from the Americans, so that it can make people forget about the anti-virus failure of the Biden team several months into office and downplay the shameful record that the US returned to the top of the world in terms of the number of daily affected coronavirus cases.

It also wants to exploit the conflict to show that it takes a tougher stance toward China than the Republican government and gain an advantage over the Republicans in this absurd competition. This is a weird tactic to suppress and smear China.

The current US administration is as incompetent as the previous one in every aspect. The only "highlight" of the Biden team is to woo US allies to make trouble for China. The Democratic Party is counting on the only card to ignite the sentiment of the US electorate so that it will not lose in next year's mid-term elections, or at least doesn't lose by much.

The world shouldn't expect the US government to be affected by the rebound of the pandemic and carry out any forceful measures except vaccination, the easiest way, to control the situation. Former president Barack Obama held his 60th birthday bash against opposition for two days. His rash behavior reflects the Democratic Party's understanding and attitude in the anti-virus fight.

The situation is getting severe in the US, while Washington is bound to shirk the pressure to China. The Trump team did so, and the Biden team is trying to surpass its predecessor.