US generals should be prudent when talking about South China Sea 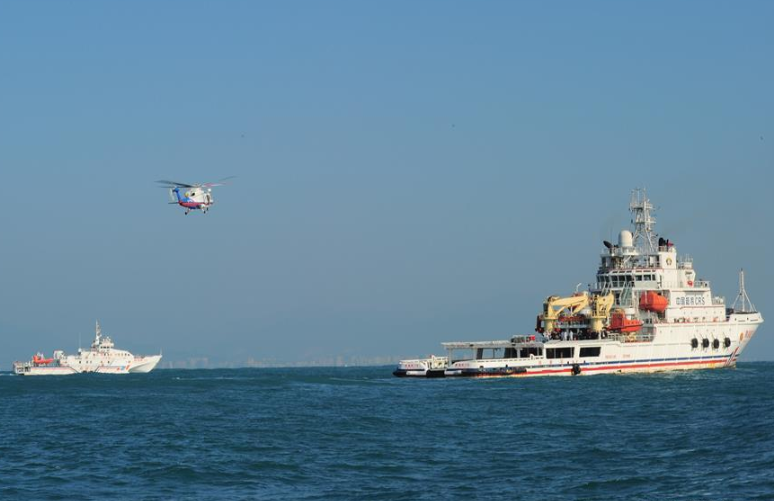 US Lieutenant General and director of the Joint Staff Kenneth McKenzie, when asked whether the US has the ability to "blow apart" China's "man-made" islands, said the US military has had a lot of experience in the West Pacific taking down small islands and that doing so is a core competency of the US military. He was referring to US military operations during WWII and said people "shouldn't read anything more into that [his comment] than a simple statement of historical fact." Yet mainstream US media felt otherwise with CNN saying McKenzie's words "carry particular weight."

Is McKenzie threatening China? Whatever his intentions were, this was the impression he left through media reports. Of course the US has the ability to destroy an isolated island but reminding people of such ability is sometimes seen as a political provocation, which McKenzie must have learned during his military education. In fact the People's Liberation Army (PLA) also has the ability to destroy any source of attack that threatens to strike a Chinese island, including destroying supportive maritime platforms and military bases. This is also the PLA's core competency. However, China's defense ministry and generals from the General Staff department never stress this fact to the US military. China's military is obviously more restrained. What does it mean to destroy a Chinese island? It is a declaration of war on China. We do not believe the US government would dare to attempt such folly against a nuclear power, although the current administration is pretty much a bigger showoff than its predecessors. Hurling threats at each other is not conducive to either the US or China. The current US administration cannot bear the risk and responsibility of starting a war with China in the South China Sea. The US generals should not play along with the US media to fan this stimulating rhetoric.  China's construction on the Nansha islands fall under Chinese sovereignty. These islands need to be protected. Therefore deploying defensive weapons is just as logical as planting trees. Given the complex geopolitical situation where US warships, including its aircraft carriers, continue to cruise the region, how could there not be even one air-defense or anti-ship missile on the islands? The US has deployed more of its military assets in the South China Sea than those of the other countries in the region. And Washington has the temerity to repeatedly accuse Beijing of "militarizing" the South China Sea. We have seen hypocritical diplomatic rhetoric but none matches the US tactic of a thief crying "stop thief."The danger in the South China Sea is caused by the US continuing to increase its military presence in the region, forcing China to naturally upgrade its defensive weapons on the islands. This in turn gives the US more excuses to exert military pressure, causing regional tensions to spiral. If the US-China military rivalry becomes the main theme of the South China Sea, it will impact regional peace and development. No regional country can benefit from this rivalry. Although some regional countries are pleased to see Washington balancing out Beijing's influence in the South China Sea, they must remain vigilant that the US might use them as pawns in a dangerous game that will be completely out of their control. As for the continuous provocative comments from the US, China should remain calm. The US political system decides that the country talks more than it acts. The US will continue to come up with new ways to exert pressure. However, by looking at how Washington runs up against a stone wall when interfering in other regions, we know the US, despite its bluffs, cannot shake a powerful country like China. Today's China should not be disturbed by various comments and misinformation from the US. It should maintain its composure.