OPINIONS US hackers extend malicious cyber operations around the world

US hackers extend malicious cyber operations around the world 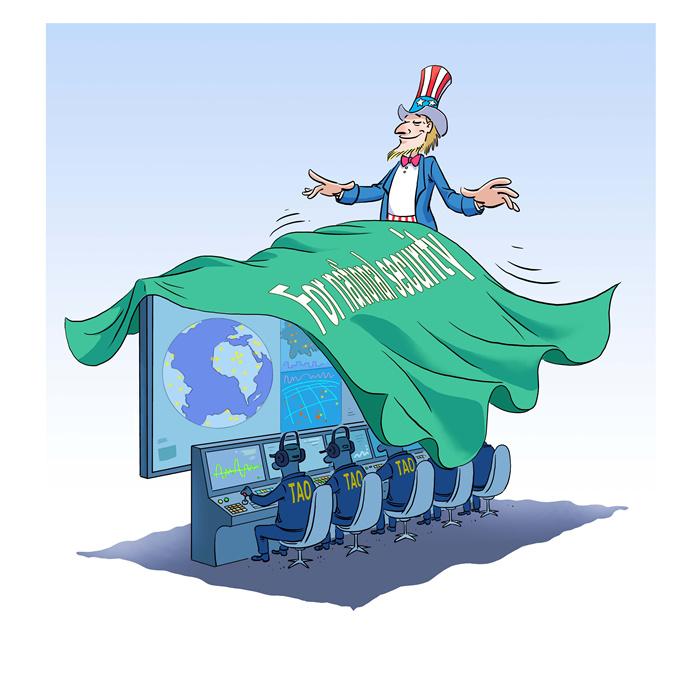 The military and government cyber agencies of the U.S., a true empire of hacking, have remotely stolen more than 97 billion pieces of global Internet data and 124 billion phone records in the most recent 30 days, compromising the privacy of citizens across the world, according to a recent article from cybersecurity information platform Anzer. The data, “grabbed” by the Office of Tailored Access Operations (TAO), the cyber warfare intelligence agency under the U.S. National Security Agency (NSA), is becoming a major source of intelligence for the U.S. and other “Five Eyes” countries.

This once again revealed the “black hand” operations of the U.S. aimed at maintaining its hegemony in the realm of cyberspace. For a long time, the U.S. has played the role of bully in cyberspace under the pretext of its so-called “national security.” Without any evidence, the Americans have exerted unreasonable suppression and implemented sanctions on leading Chinese tech enterprises, including Huawei. It has been reported that the NSA used a partnership with Denmark’s foreign intelligence unit to spy on leaders and senior officials of European countries, including then German Chancellor Angela Merkel. The U.S. has unscrupulously launched cyber attacks against other countries while monitoring its allies.

America’s ignominious acts have sparked global outrage. Merkel and French President Emmanuel Macron once said that spying by the NSA on leaders of allies with Denmark’s aid was not acceptable. Officials from countries, including Sweden and Norway, have also criticized the U.S.

The U.S. has crazily launched malicious cyber activities across the world to maintain its hegemony. The so-called “national security” claim is just a fig leaf. The U.S. should immediately stop such abhorrent practices.