Labeling China as a country conducting “unfair trade practices” actually adds fuel to the trade war started by the US. 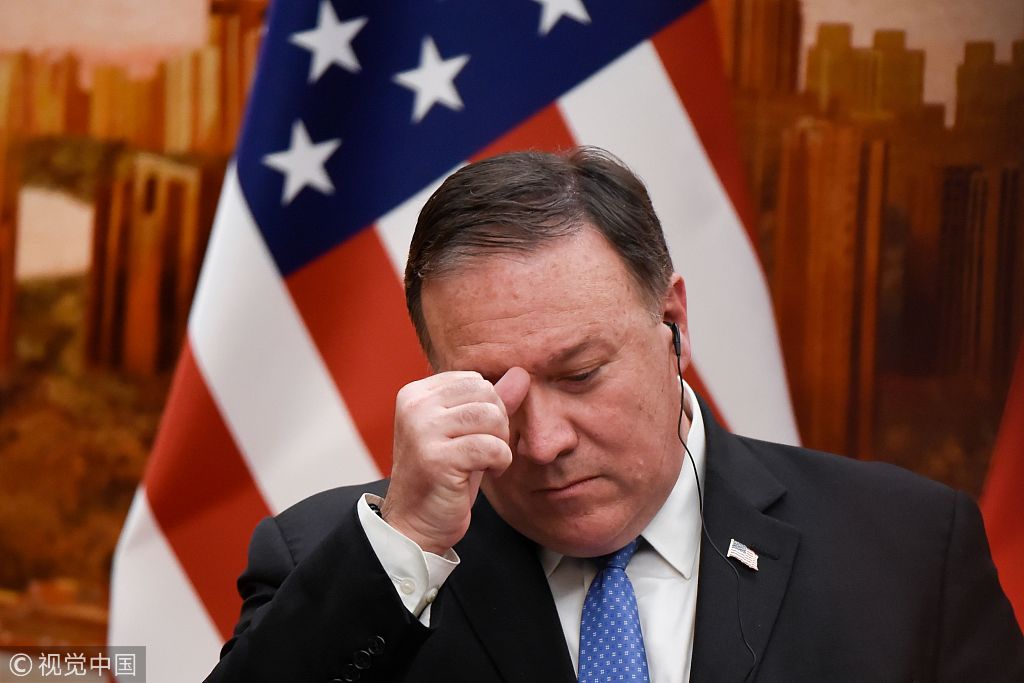 US Secretary of State Mike Pompeo reacts during a joint press conference with Chinese Foreign Minister Wang Yi (not pictured) at the Great Hall of the People in Beijing on June 14, 2018. (Photos: VCG)

In his speech at the Detroit Economic Club on June 18, US Secretary of State Mike Pompeo criticized China's economic and trade policy. Also, at a forum, a deputy secretary of the US Department of Commerce criticized China of developing a non-market economy, which he thinks threatens the strategic industry of his country.

These accusations are intentionally imposed by the US side and clearly serve certain purposes. They are an additional excuse for the trade war, unilaterally started by the states. Apparently, the current trade policies of the US are those of unilateral trade protectionism. Both Section 232 and Section 301 investigations are against the principles of international trade.

Trade should be beneficial to interests of all parties and be based on mutually-beneficial cooperation. History has repeatedly proven that trade war flows against the global tide and is outdated, backward and ineffective.

Hyping up “fair trade” serves US politics. As a republican candidate, Donald Trump announced his economic plans during a speech at the Detroit Economic Club in August 2016. As the US  midterm elections are approaching, the US Secretary of State’s remarks at the club are clearly an attempt to guide public opinion and win more votes.

However, China will not and cannot accept the accusations no matter what the reasoning.

China’s achievements in promoting openness and cooperation have been widely recognized by the world. On June 28, a white paper on China and the World Trade Organization (WTO) was released, giving a full account of China's fulfillment of its WTO commitments.

China has comprehensively fulfilled its commitments to the WTO, substantially opened its market to the world, as well as delivering mutually beneficial and win-win outcomes on a wider scale, according to the white paper.

The country is actively advancing opening-up to a higher level to achieve common global development, it said, adding that the country is willing to work hand-in-hand with its global trading partners to make economic globalization more open, inclusive and balanced with benefits to all, according to the paper.

WTO spokesperson Keith Rockwell said the WTO secretariat welcomes the strong support China has shown to the organization, according to Xinhua.

Putting its own interests above other countries, the “fair and reciprocal” trade standard of the US has been criticized by many sides. Mexico, Canada, India, Turkey and the E.U. have all announced retaliatory tariffs against the US.

Instead of supporting the unilateral trade policy of the US, American manufacturers have become panicked and worried about its negative impacts on them.

The US should reflect on its own wrongdoings instead of wrongly accusing China. If not corrected, the US' wrongdoings will harm itself as well as other countries.