US hegemonic calculations behind Xinjiang lies are pure wishful thinking

URUMQI, June 22 (Xinhua) -- The United States' so-called "Uyghur Forced Labor Prevention Act" that entered into effect on Tuesday is nothing but a weapon wielded by Washington to contain China and eke out its struggling hegemony. 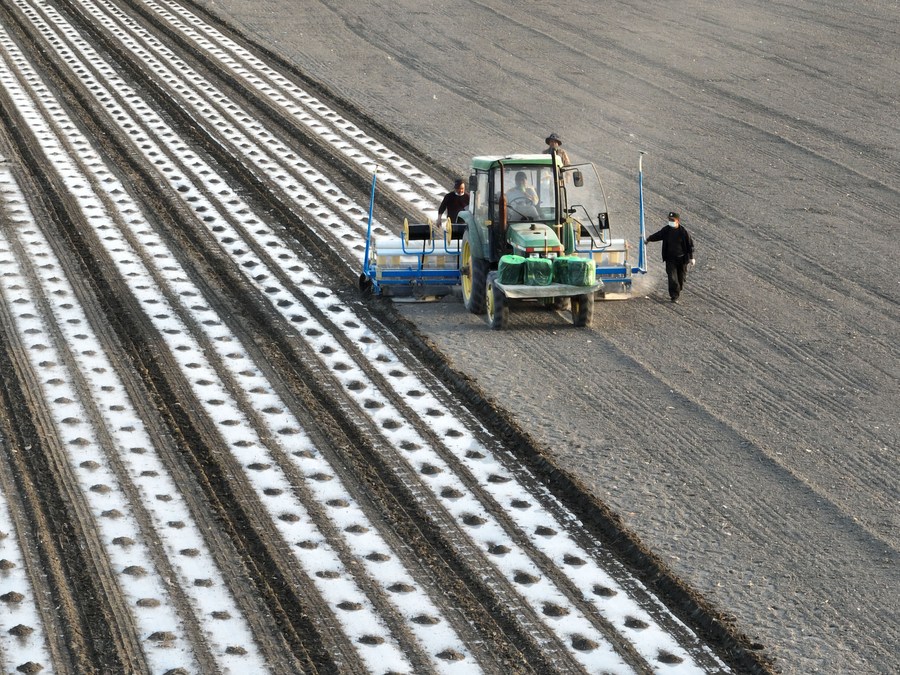 The act is based on lies, loaded with ulterior motives and doomed to fail.

Based on the so-called act, U.S. Customs and Border Protection started imposing a ban on imports of all products related to China's Xinjiang Uygur Autonomous Region.

The ban, a typical example of economic coercion, has explicitly demonstrated that the U.S. is practicing unilateralism, protectionism and bullying in the name of "human rights," seriously undermining market principles and violating the rules of the World Trade Organization.

Truth speaks for itself. Forced labor is explicitly prohibited under Chinese law. People of all ethnic groups in Xinjiang are pursuing a better life through their own hard work with all rights and interests protected by law.

One example of the enormous progress Xinjiang has made in promoting human rights and improving people's well-being is that from 1978 to 2020, the per capita disposable income of residents in both urban and rural areas of the region saw an increase of over 100 times.

The fabrication of the so-called forced labor are fundamentally untrue. The U.S. ban may deprive people in Xinjiang of their rights to work and develop, and result in forced unemployment and even a return to poverty.

The real intention of the U.S. is to discredit China's image, interfere in its internal affairs, curb its development, and undermine Xinjiang's prosperity and stability.

Rather, what it really cares about is how to protect its hegemonic self-interests. Even U.S. officials have admitted that they fabricated lies, including those claiming there is "forced labor" and "ethnic genocide" in Xinjiang, to create ethnic tensions and undermine China's social stability.

Such calculations are nothing but wishful thinking. Fundamentally speaking, clouds can never hide the sun forever.

Lies and rumors will eventually shatter into pieces in front of facts and truth. In recent years, more than 2,000 experts, scholars, journalists, diplomats and religious personnel from over 100 countries have visited Xinjiang. They have seen first-hand facts about social stability, economic development and people's lives in Xinjiang.

At the UN Human Rights Council, almost 100 countries unanimously expressed support for the Chinese government's policy in Xinjiang, and voiced opposition to interference in China's internal affairs in the name of human rights.

As the world's top economies, China and the U.S. need to respect each other, coexist in peace and avoid confrontation, and the two sides should increase communication and dialogue at all levels and in all fields.

With the world facing grave challenges, both countries have an important role to play in maintaining global peace and prosperity.

"The question is," as a recent South China Morning Post opinion piece said, "will the U.S. understand this before it's too late?"