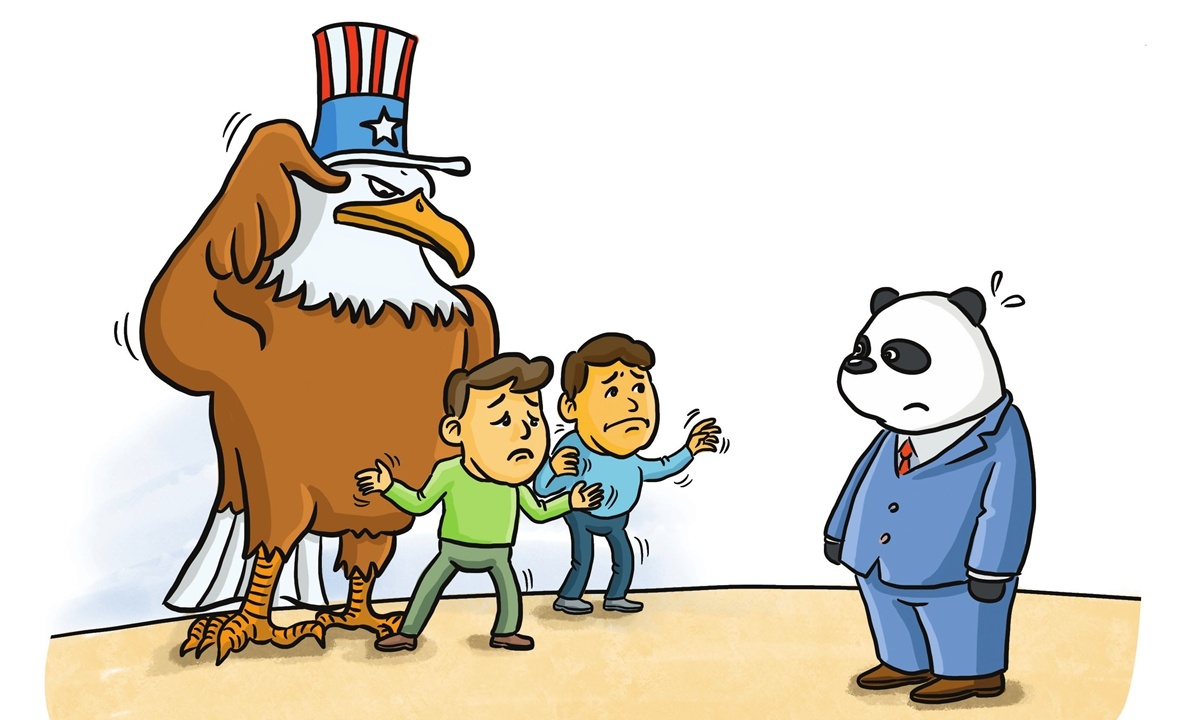 What has been the root cause of US suppression of China's right to development in the past years? Singapore Prime Minister Lee Hsien Loong gave his answer in an interview with the BBC aired on Sunday. Lee said, "The US is still number one, but number two is not so far behind. That is what is difficult for the US to accept."

There has been a so-called political correctness in the US that China has to be wrong regardless of the facts. And what is the primary cause? In the past 200 years, the US caught up and surpassed many countries to become the world's leader, but now it has suddenly sensed that a country of similar GDP volume with a much bigger population is narrowing the gap and even leading it in some fields. US political circles have thus developed a sense of strategic anxiety, and even a sense of diffidence.

The fundamental goal of US' anti-China campaign is to secure its leading position in its competition with China. The US government is sparing no efforts and using all the means in its toolbox.

From the Trump administration to the Biden administration, the US has been trying to cut off links with China in the high-tech sphere from countries in its alliance system. But such an attempt is too extreme and stupid.

The law of the market is the most fundamental and decisive factor that affects the US economy and US companies' attitudes toward China. As long as China continues its opening-up and maintains a high level of development, the US will eventually have to change its course, be it the high-tech suppression campaign or restrictions on investments to China.

In order to contain China, the US has been piling up pressures on China's neighbors, forcing them to take sides. Lee told the BBC, "I don't think this is a dilemma only for Singapore. It is a problem for many countries." But the US will never listen to what these Southeast Asian countries have to say.

Biden called China "the most serious competitor." Competition is a word with a positive sense, but the key issue is it should be based on fair rules. Washington has been emphasizing "rules-based" order, but unfortunately it doesn't abide by the rules.

China and the US should engage in competition, but they need to underline common rules for competition in the first place. This way, small and medium-sized countries in Asia can avoid being put into dilemma and suffering from the long-arm jurisdiction of Washington. By establishing the so-called value-based alliance, the US is actually ganging up against China. This is not what could be called competition, this is still confrontation.

The world is complex with various values. Therefore, when the US is engaged in its alliance of like-minded countries, it will inevitably force Southeast Asian countries to take sides. From the perspective of US interests, it will meet its strategic needs to counter China. But Southeast Asian countries would have to give up their interests which have derived from their engaging with China. However, when they follow Washington's suit, they will lose more than they gain.

With its value-based global strategy, the US aims to contain China by dividing the world. But when Washington realizes it cannot shatter the world into pieces, it will eventually adjust its policies. At that time, the US would again shock many countries - just as it did in 1971, when US president Richard Nixon announced a visit to China without informing its closest ally Japan.

China and the US will both stand to gain from cooperation and lose from confrontation. If confrontation continues, China will be resilient to the losses, while the US cannot afford the losses.

Gross federal debt in the US increased to 107.6 percent of GDP in 2020 from 106.9 percent in 2019, the highest since 1946 when US debt hit 106 percent of GDP. Back then, the US was the world's leading creditor country and was about to embrace the golden era of capitalist development. But now, the US has none of these advantages.

The US will eventually have to adjust its policy and meet China halfway. But in the end, the US will have paid a price when it finally realizes the need to do so. Those countries that follow the US lead, though, will have to face an even heavier toll.

The article was compiled on the basis of an interview with Yang Xiyu, a senior research fellow at the China Institute of International Studies.