OPINIONS US hurts itself more by imposing sanctions on others

US hurts itself more by imposing sanctions on others 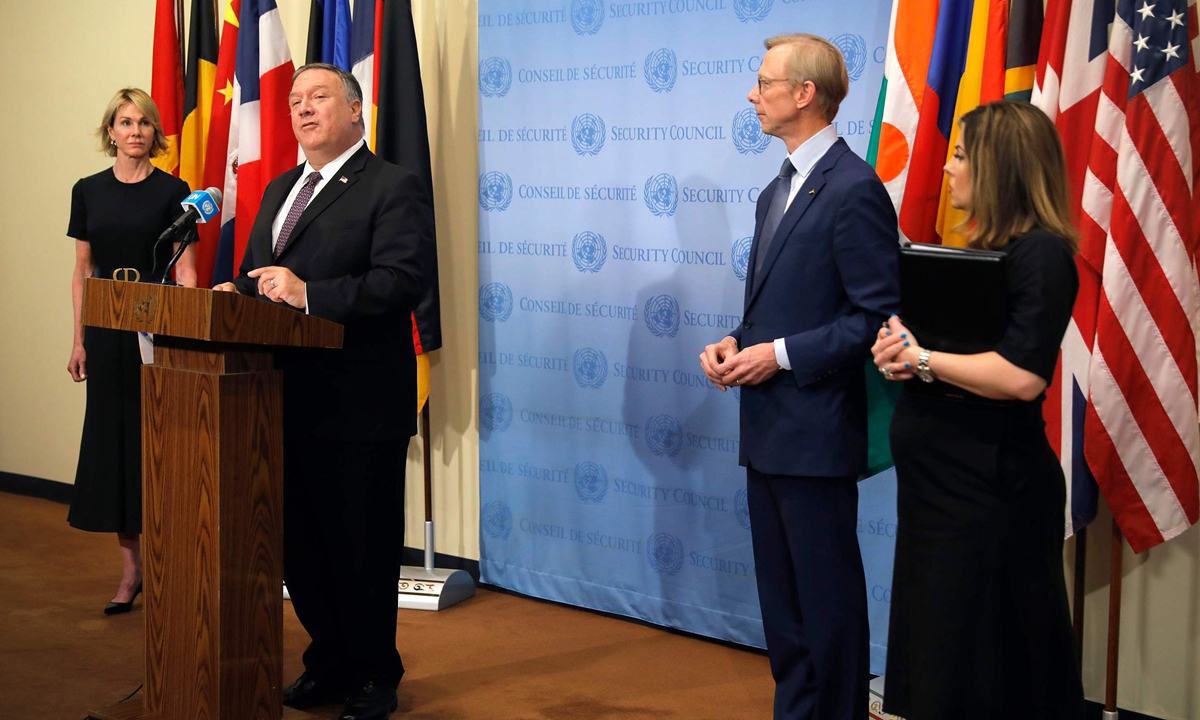 After the joint statement issued by the UK, France and Germany on Thursday, which rejects US' plan to trigger the re-imposition of sanctions on Iran, Washington does not intend to give up.

US Secretary of State Mike Pompeo accused the US' European allies of siding with "the ayatollahs," and tweeted on Friday that "America will not appease" regarding the restoration of sanctions on the Islamic republic.

However, the world can cast a cold eye toward US sanctions nowadays. After all, these years have proved that the US has not much to do on the global stage apart from imposing sanctions or threatening to impose them, and as a result, the US has been hurting itself - reaping few benefits while turning its allies against it.

Imposing sanctions is a frequently used tactic by the US to force countries it sees as foes to make concessions. The approach has brought the sanctioned countries difficulties in development, yet it failed to bring desired results. On the contrary, the jeopardy on the US' own interests have gradually emerged.

Iran has been placed under sanctions by the US since 1979, which have hit the Iranian economy hard and taken a toll on Iranian people's living standards. Nevertheless, the country did not collapse, not to mention have any intention to yield or surrender to the US.

Russia has been one of the biggest victims of US sanctions. According to the US-based Center for Strategic and International Studies, the US has imposed "more than 60 rounds of sanctions on Russian individuals, companies, and government agencies" between 2013 and 2018. Yet analysts show Russia has managed to adapt to the long-lasting sanctions, built up its foreign currency and gold reserves to protect its economy, and maintained its national defense capabilities during the difficult period.

Cuba has undergone the most prolonged economic blockade in history. The US was once fantasizing it could overthrow the Castro administration via sanctions until former US president Barack Obama found it unrealistic. As early as 2009, the US Chamber of Commerce estimated that the embargo on the Caribbean nation cost the US economy $1.2 billion per year in lost sales and exports.

After the US' attacks on the Chinese tech giant Huawei, the company still achieved a robust growth in sales in 2019 and around 13 percent year-over-year revenue growth in the first half of 2020. Washington's overall suppression of Chinese high-tech companies only accelerates the latter's pace of boosting their independent technological research and development.

US allies are not exempted from the sanctions. Earlier in August, three US senators warned Washington would impose "crushing legal, economic sanctions" on the German Port of Sassnitz over the construction of the Nord Stream 2 gas pipeline that links Germany to Russia. When imposing sanctions worldwide, the US is also demanding its allies' support and endorsement while ignoring their interests.

Be it the case of the Nord Stream 2 project or the Iran nuclear deal, the US failed to take into account its European allies' huge oil demand on Russia and the Middle East. All it has been doing is carrying out sanctions at its own will.

There was a time when US acts were based on the common interests of its allies. But the concept "common interests" is vanishing in US strategy now. The day when shared interests between the US and other countries become even smaller than the troubles Washington brings to the world, the leadership of the US will officially come to an end.

As Steve Benen, an American political writer, wrote on US TV channel MSNBC, it is not easy to isolate the US; undermine US national security interests; and bring the US friends and foes together in opposition to its demands all at the same time. Yet "[US President Donald] Trump and Pompeo have managed to pull it off."

The credit goes to the US' high-pressure, frequent and senseless sanctions.