OPINIONS US hurts whomever it claims to be on its side

US hurts whomever it claims to be on its side 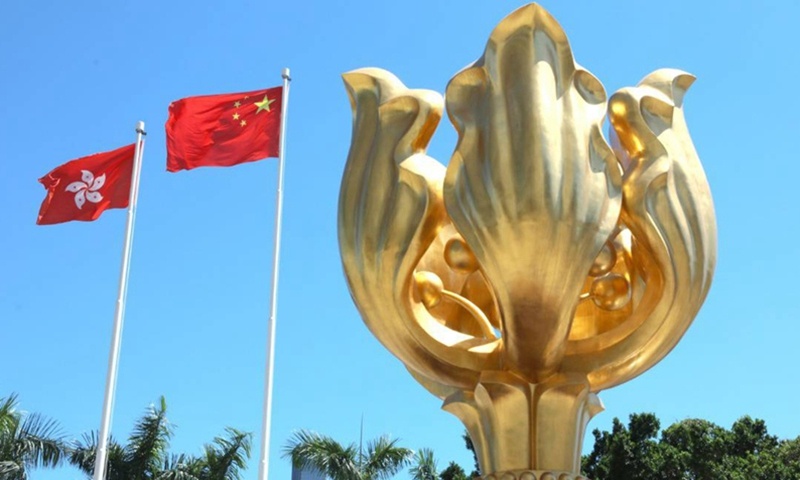 A total of 47 people, including scholar Benny Tai Yiu-ting, who are charged with conspiring to subvert state power, were taken to a Hong Kong court on Monday. The case involves the largest number of suspects since the enactment of the national security law for Hong Kong, and has generated wide attention.

The US, the UK and the EU have expressed their objections to the charge. US Secretary of State Antony Blinken said on Monday, "The US stands with the people of Hong Kong." US National Security Advisor Jake Sullivan blatantly said, "We stand in solidarity with these brave activists."

But an important lesson for the world over the years is that whenever the US proclaims to stand with whichever country, Washington is misleading and entrapping that country. Sullivan's statement is typical - he is wooing "brave activists" to stand with the US and serve as US tools to confront China.

Before the US supports and praises those who impair Hong Kong's rule of law, it should first thank America's "brave activists" who stormed Capitol Hill in January. At least, these Americans were protecting their president and opposing "election fraud," while the Hong Kong suspects have made no constructive contribution to Hong Kong at all.

Just with conventional wisdom, we know the 47 people may have already committed a crime. They conducted the so-called primary election in July 2020, but there is no such "primary election" in Hong Kong's local election laws. It is an illegal act. Some Western countries do have primary elections, but they are part of their electoral systems. Those lawbreakers in Hong Kong had organized activities to interfere in elections outside of the democratic system, and their purpose was to carry out political mobilization and to gather forces that could eventually subvert Hong Kong's constitutional system and paralyze the HKSAR government.

They have violated the provisions of the national security law for Hong Kong. Whether they constitute a serious crime and whether they need to go to jail must be determined by Hong Kong's judicial authorities in accordance with the national security law for Hong Kong and other local laws. This is an inevitable act of a society under the rule of law. Western intervention at this juncture is a real destruction to Hong Kong's judicial system. Western countries want to turn Hong Kong into an ideological vassal that follows them.

Hong Kong should have long realized the legislation of the Article 23 of the Basic Law on its own initiative and maintained basic political stability. But the extreme opposition in the city, with the support of Western forces, had destroyed the opportunity for Hong Kong and had messed up the city, forcing the Chinese central government to enact the national security law for Hong Kong.

Hong Kong's opposition forces have no ability to fight the law, and the US's and UK's intervention mainly focuses on verbal accusations, and their ability to exert real pressure is very limited. The implementation of the national security law for and in Hong Kong is unwavering.

More importantly, the central government has genuinely taken responsibility for the future of HKSAR, while the West either keeps finding fault with Hong Kong or harbors deep malice toward Hong Kong, trying to fool some radical activists in the city into acting as what they say. The Chinese people, including the people in Hong Kong, do not fear further challenges to the implementation of the national security law for Hong Kong. The country has strategic control over the state of affairs in Hong Kong. The situation in Hong Kong will eventually change to a better direction, not at the will of some external forces.

The central government has no intention of destroying Hong Kong's democracy. Adhering to "one country, two systems" principle is the true will of the Chinese society. It is both natural and justified for Hong Kong patriots governing Hong Kong. Is it possible for people in the US and the UK to be ruled by people who do not love their own country? China does not recognize the bizarre logic imposed by the US, the UK and other Western powers on Hong Kong affairs. We have known well that all they want is to bring chaos to Hong Kong. We have already lost the patience to argue with them, and will give a snort of contempt to whatever they clamor.

The national security law for Hong Kong is not a toothless tiger. Those who take radical actions in Hong Kong against the law will be sanctioned. Let the West give them cheap praise of short endurance. The long history of the Chinese nation will nail them to the column of humiliation as traitors.