OPINIONS US in need of rational voice on China

US in need of rational voice on China 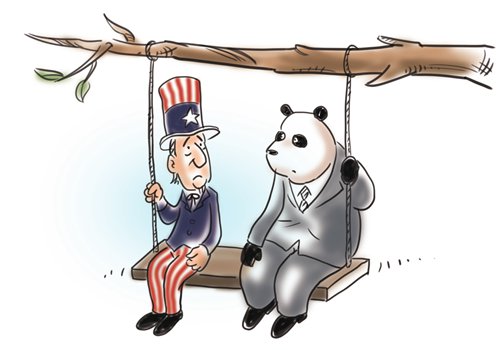 A recent essay in Foreign Affairs magazine has ignited a debate on whether US policy on China has been a failure. Former US government officials Kurt M. Campbell and Ely Ratner say in "The China Reckoning" that Washington should give up its "hopeful thinking that has long characterized the US' approach to China" to deal with "its most dynamic and formidable competitor in modern history." The discussion is actually a continuation of the China policy debate back in 2015, when the view that Sino-US relations were reaching a tipping point gained ground in Washington. In the report "Revising US Grand Strategy Toward China" published by the Council on Foreign Relations, the authors said, "China represents and will remain the most significant competitor of the US for decades to come. As such, the need for a more coherent US response to increasing Chinese power is long overdue."Looking back at ties with Beijing over the past century, the US has had three major debates on its China policy. The first argument took place in the late 1940s and early 1950s when the White House misjudged China's domestic situation and vacillated between the Communist Party of China (CPC) and the Kuomintang party. After the CPC won the civil war and founded the People's Republic of China, the "Who Lost China?" debate intensified across the US, directly prompting Washington to formulate policy to contain Beijing. The second debate occurred in the early 1970s. Amid the Cold War, there was a call for Washington to cooperate with Beijing in its anti-Soviet campaign. With the efforts of then US president Richard Nixon and top diplomat Henry Kissinger, the US and China made a historic breakthrough in ties, laying the foundation for the US' engagement with China. The third discussion is what's happening right now. There's a voice that says the US failed to realize the goal of leading China onto the path of economic liberalization and political reform despite its decades-long effort to make Beijing part of the Washington-dominated international system. Neither the "carrot" nor the "stick" could force China to do what the US wanted. Therefore, it's unavoidable that the US should adopt a thorough strategy change. That the Trump administration slammed China as a "new imperialist power" just caters to American strategists' attitude toward the nation. In their eyes, China not only reaps the benefit in economy and trade offered by the US, but also penetrates its society with sharp power. What worries them most is that the development model used by China has attracted worldwide attention and many countries begin to learn from it, posing a huge threat to the Western model. For the first time since the end of the Cold War, the West has been mired in an existential crisis.As Beijing marches toward its goal of building a "moderately prosperous society" by 2020 and fulfilling the dream of national rejuvenation, Washington desperately needs a rebirth to "make America great again." The goals of the two nations should not be exclusive, but many in the US still look at bilateral relations with a Cold-War mind-set. Policy should be evaluated rationally, and should not be based on subjective assumptions. Actually, the US' current China policy, which is full of chinks, cannot stand scrutiny. For a long time, Washington has had a naive illusion toward Beijing, assuming that it must obey the US government. It's hegemonic logic. Moreover, a great many Americans have a natural rancor for and fear of China's political system. Given their ideological stereotypes, they don't think the US can peacefully co-exist with China. That's why the development path with Chinese characteristics is labeled "a challenge to the Western world." The heated debate on China policy has also come as a distraction from the intractable problems inside the US. It's easy for any US political party to reach consensus on China. Currently, a moderate and rational voice on China is almost missing in the US, a sad fact we have to accept. American strategists should know that the US and China have come to be close partners and only dialogue and cooperation are the way out of problems. The world's largest power can hardly circumvent China on its way to "make America great again."