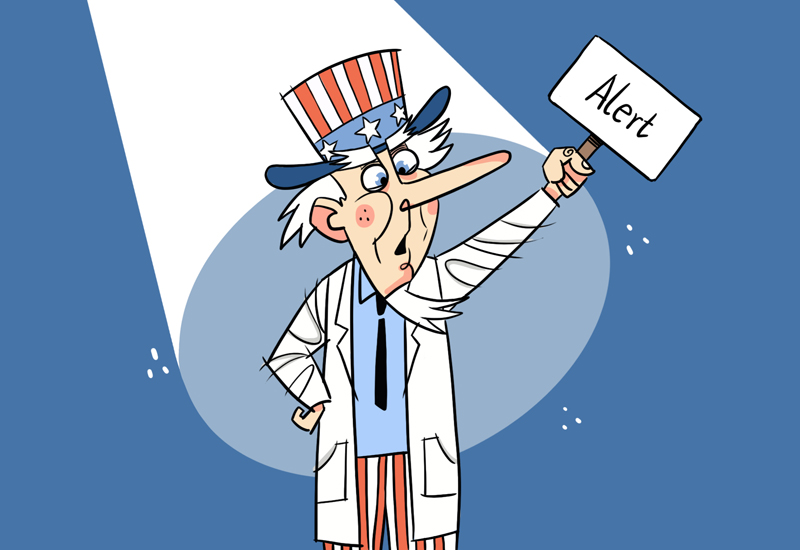 Poor United States! Listening to its president, government and countless media reports, it appears the entire world is now conspiring against it. Not just the "known rivals" such as Iran and Cuba. Not just "competitors" Russia and China. The White House is now snapping at even traditional allies like the European Union and Canada.

So it is not surprising to see China being accused again of something－only the accusation this time is sinister and bizarre.

The first salvo came on June 8, with BBC, among other media outlets, reporting it:

"The US State Department…issued an expanded health alert for China over concerns for the safety of US personnel in the country following reports of a series of mysterious acoustic incidents.

A health alert was first issued for Guangzhou on May 23 after a US employee stationed in the southern Chinese city was diagnosed with a mild brain injury after complaining of unexplained sonic phenomena. The latest alert is countrywide.

To make the insinuation at a chemical alert more dramatic, an unspecified number of US personnel stationed in China was ordered back to the United States for "further medical testing".

Finger pointing at China did not end there. On the same day, The Washington Post ran a strange story that looked less like journalism and more like a hostile government or intelligence communiqué:

"Chinese government hackers have compromised the computers of a Navy contractor, stealing massive amounts of highly sensitive data related to undersea warfare－including secret plans to develop a supersonic anti-ship missile for use on US submarines by 2020, according to American officials.

The breaches occurred in January and February, the officials said, speaking on the condition of anonymity to discuss an ongoing investigation. The hackers targeted a contractor who works for the Naval Undersea Warfare Center, a military organization headquartered in Newport, R.I. (Rhode Island), that conducts research and development for submarines and underwater weaponry.

The officials did not identify the contractor."

Why run the story if there is no proof, if everyone appears to be speaking on "condition of anonymity", and even the contractor cannot be identified? Unless the main purpose is to smear China, to portray it as a rough thuggish state at a time when the Chinese government is gaining more respect and support from across the world

The US may claim to like competition, but the opposite seems true. Instead of competing with countries such as China, and trying to invent new political, economic and social approaches that would provide great benefits to a "shared future for humankind", the US is defending the old imperialist status quo, by vulgarly discrediting those that are working for humanity.

And spying? How can the US government even mention the word "spying"? It is monitoring, surveying, infiltrating and manipulating almost every other country, including its allies, as shown by the Prism scandal exposed by former US National Security Agency contractor Edward Snowden. If US spying activities were considered news, the reports on them would fill a voluminous newspaper every day.

The same goes for the chemical alert. Millions of people died as a result of the chemical weapons developed and used by the US, such as those during the Vietnam War. Perhaps the US should pay at least some attention to the victims of its own militarism, instead of inventing fake threats to itself.

Logically, it is impossible to prove that something doesn't exist, even if it really doesn't, and if all accusations are based on rumors and lack basic facts.

China should simply do what it is already doing－go forward and ignore the barking.

The author is a novelist, filmmaker and investigative journalist.