US' irrational Xinjiang crackdown a danger to global industrial chain 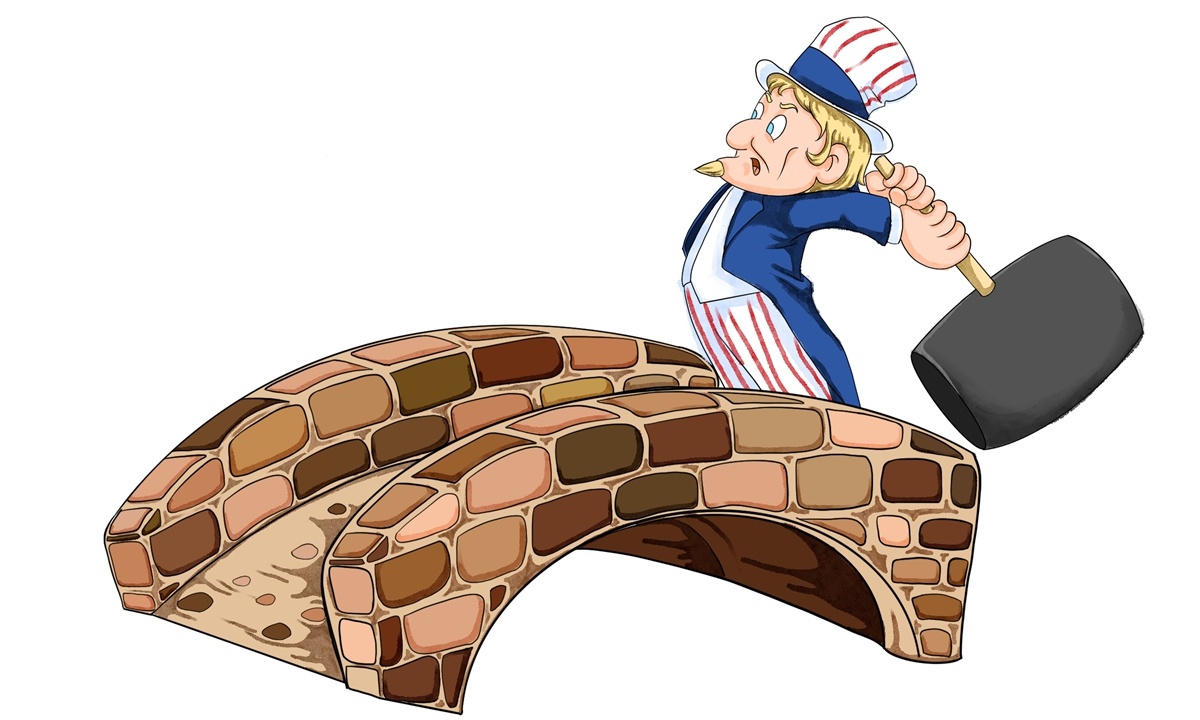 Among the US' anti-China tool kit, the "Xinjiang card" has been thrust under the spotlight. Based on a baseless "forced labor" accusation, Washington has launched its vicious scheme targeting Xinjiang industries and is reportedly stepping up pressure on American firms to pause imports from Northwest China's Xinjiang Uygur Autonomous Region.

In addition to a series of bans or restrictions on Xinjiang cotton, tomatoes and polycrystalline silicon, the US Congress is expected to launch a tougher crackdown against the region by approving "legislation later this year that would prohibit imports of all products from Xinjiang unless the importer can prove their items are free of forced labor," the Wall Street Journal reported on Monday.

If this legislation gets passed, it will create widespread chaos throughout the global supply chain and even drag down the recovery of global economy during post-COVID era.

Among China's provinces and regions, Xinjiang ranked first in terms geographic size. It possesses rich abundance of minerals, energy, raw materials and other resources, and has formed close ties with other Chinese provinces. Washington's so-called Xinjiang ban will not only cut ties between American firms and Xinjiang industries, it is more of an ill-intentioned effort promoting the disengagement between China and the US, which has been a policy of the US intending to isolate China in order to maintain its hegemony and its dominance across the global value chain.

After the previous crackdown over Xinjiang cotton, the trend is clear that the Biden administration will likely extend the crackdown toward other sectors meanwhile cajoling or threatening firms and its so-called allies to support this agenda.

Facing this challenge, China will not remain silent. In June, the nation rolled out its Anti-Foreign Sanctions Law. It is beyond doubt that China will take necessary legal weapon to protect its interest. US senators, other politicians and interest groups behind the so-called Xinjiang ban may face reciprocal sanctions.

Moreover, it is likely that China will escalate countermeasures against such external unilateral coercive moves to protect its industries, not only striking back with its domestic laws, but also leading a response on the international level to restrain the unruly and irresponsible behavior of the US and keep the US from abusing its hegemonic power to pressure others to serve the US goal of containing China.

On the other hand, it will be hard for the US to promote the implementation of a sweeping Xinjiang ban even if the reported legislation gets passed. After decades of globalization, China, the world's largest manufacturing hub, has established a highly integration with global value chain. Interest-oriented American businesses will have to find paths to continue their businesses with Chinese enterprises, instead of looking for alternative markets which is much harder and even fatal for them.

The trade war has also raised some thought among American society that it hurts the US itself more, with customers and firms suffering at the hands of political leaders. The result of playing Xinjiang card or the decoupling strategy won't turn out much different from the ill-designed tariff war.

Xinjiang is one of the top suppliers of cotton, solar materials and many other goods in the world. For instance, the region produces about half of the world's supply of polysilicon, a key material for making solar panels. The development of the region and the whole China is based on economic strength, which will not be obstructed by a "forced labor" lie.