US is attempting to use COVID-19 as a political football 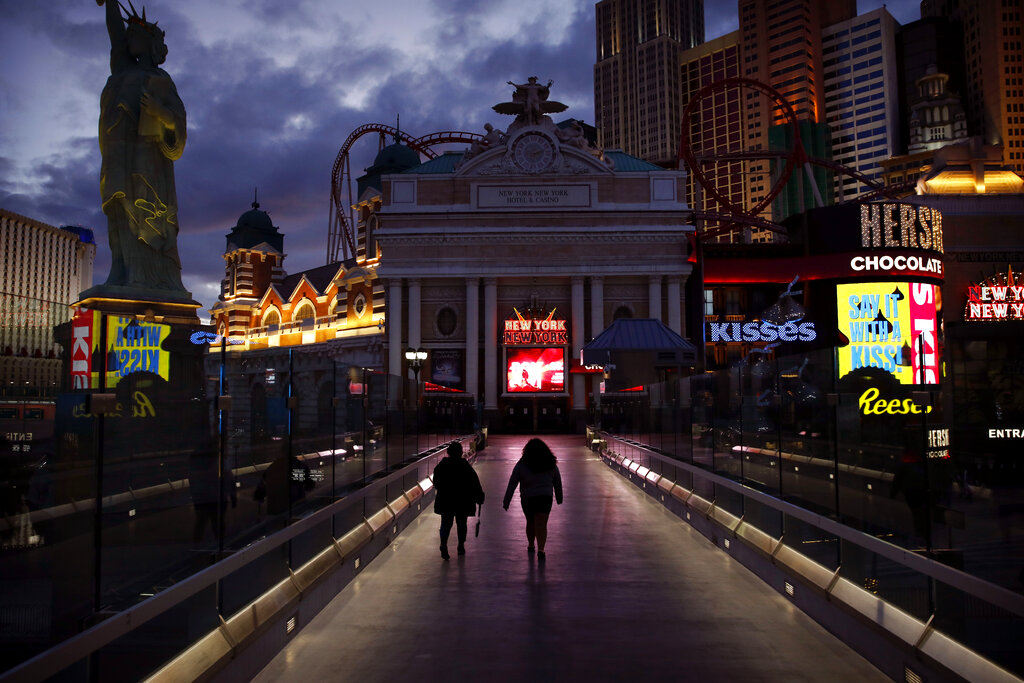 People walk along the Las Vegas Strip devoid of the usual crowds after casinos were ordered to shut down due to the coronavirus outbreak, Wednesday, March 18, 2020, in Las Vegas. (Photo: AP)

The U.S. administration continues to politicize the World Health Organization's (WHO) Wuhan mission concerning the origins of the novel coronavirus.

"We do not believe that China has made available sufficient original data into how this pandemic began to spread, both in China and then eventually around the world," U.S. National Security Advisor Jake Sullivan said on Sunday.

Despite WHO experts' repeated clarification that China is open, the U.S. is obstinate in rejecting the scientific study, which discredits several narratives against Beijing.

The sustained effort to transform the WHO and the origins of the COVID-19 into a political football to bash China is disingenuous, unscientific, counterproductive and tedious.

Washington is fast to dismiss anything in favor of China as simply lacking transparency.

COVID-19 is a disease that nobody knew anything about when it emerged, yet the underlying charge is that China's early approach to it must have been resolutely omniscient, with anything short of it deemed a cover-up.

Why does the origin and circumstances of a disease have to be pinned so harshly on a given country, territory or political system? Viruses do not respect or discriminate between national boundaries or political systems. It is a fallacy to conceive the COVID-19 as if its origin and transmission can be simplified into simple political preferences.

But that is precisely what is happening in a disingenuous and opportunistic way as opposed to a scientific approach. 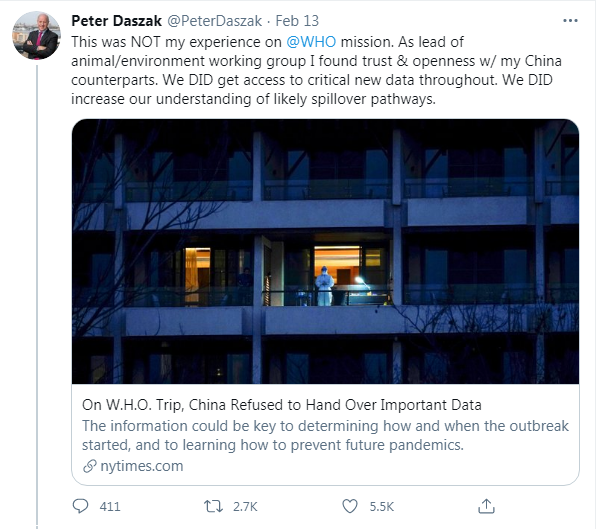 A screenshot of WHO expert Peter Daszak's tweet, refuting the U.S. reports on the organization's mission in Wuhan.

This ought to serve as a warning to the political motivations at hand, which are inherently closed-minded and unscientific.

When China is attacked on the origins of the COVID-19, there is an underlying mode of thought pushed that authorities in the country, particularly in Wuhan, knew everything about it and simply "hid it from the world."

This is ridiculous. We are still learning about the novel coronavirus today, never mind in 2019. At the time of its emergence, few conceived what the implications were. This is why it is so difficult to conceive just who and where "patient zero" was or how the disease crossed the species barrier. It does not mean there was a "cover-up."

The West equally did not understand the new virus and succumbed to it on a grand scale. But for anti-Beijing hawks, none of this seems to matter when COVID-19 is politicized to spite China.

Science is about establishing new knowledge that may sometimes replace existing theories. No serious scientist refuses to accept new information simply because it contradicts his pre-established beliefs. Thus, the results the White House wants aren't scientific.

Science cannot feasibly blame a country or a nation state. The results American politicians want are political. They do not seek clarity; they seek to blame.

So, when the White House, or others, call for an independent investigation, they are very well aware that the results are likely to be no different and not live up to their blame game.

The point of calling for it is to continue foisting the grand narrative of "responsibility" upon China. The administration has no other outcome in mind other than to keep up a critical narrative instead of looking for "new information" because this will never suit their political preferences.

For hawkish Western politicians, COVID-19 is not a quest for truth but a quest to assign political blame to China in the pursuit of geopolitics.