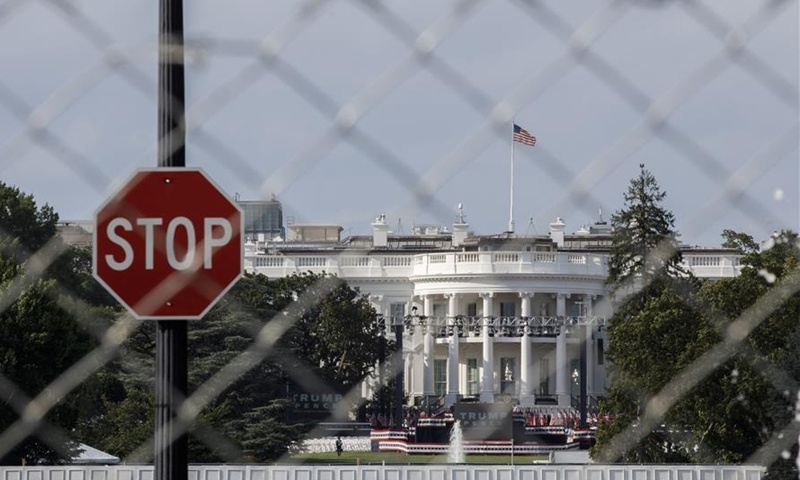 Chinese embassies in Japan and Sri Lanka have condemned US moves to openly destroy China’s relations with other countries, experts said.

Such moves are in the face of a limited time window, and all countries will make their own judgment, as US’ influence plummets, experts said.

Foreign ministers from the US, Japan, India and Australia met on Tuesday in Tokyo, Japan discussing the regional situation, including the East China Sea and the South China Sea.

The meeting emphasized the promotion of a "free and open Indo-Pacific" with more countries. On the same day, US Secretary of State Mike Pompeo was interviewed by Japanese media, saying that the world has long faced threats from China, and accused China of issues such as the East China Sea, the South China Sea, cyber security, and the situation on the Sino-Indian border.

In response, the Chinese Embassy in Japan said in a statement on Wednesday that China has always maintained that any multilateral cooperation should uphold the spirit of openness, tolerance and transparency, instead of engaging in closed and exclusive "small circles," and should not target or harm the interests of third parties.

“We hope that relevant countries will do more to enhance mutual understanding and trust among countries in the region, and promote regional peace, stability and development, and not the opposite,” the statement said.

Pompeo has repeatedly lied about China, and maliciously created political confrontation. The relevant actions run counter to the trend of the times of peaceful development and win-win cooperation, and the general trend of the world, it added.

“His schemes are unpopular and will never succeed. We once again urge the US to abandon the Cold War mentality and ideological prejudice, stop unprovoked accusations and attacks on China, and treat relations with China in a constructive manner,” the statement said.

Qu Bo, a deputy director at the Institute of International Relations at China Foreign Affairs University, told the Global Times on Wednesday that ever since Pompeo delivered a speech at the Richard Nixon Presidential Library on July 23, the US government has development tactics to suppress China.

All Pompeo’s moves to Japan, India and Australia have been part of the tactics, Qu said.

Wu Baiyi, a professor of International Relations and the Director-General of the Institute of American Studies at the Chinese Academy of Social Sciences, told the Global Times on Wednesday that during the transition period, the Trump administration is giving up the multilateral approach to guard against China.

“The US used to develop a multilateral system,” Wu said. Pressure is the key change in US diplomacy during the recent white-hot phase.

Will the US government shift gears? It all depends on the results of the election.

The four countries that Pompeo has involved have not made a firm commitment, as the interests of these three countries conflict with possible military allies, Wu noted. “It’s more about positioning China as an institutional opponent,” he said.

China and Japan, and China and Australia have developed ties, and it is inevitable to see these countries forge paramilitary allies in South China Sea, East China Sea. Such reality reflects panic and alert of neighboring countries to China’s development, Wu said. US’ influence and appeal is sliding, Qu said. “These countries will make their own judgment about their relations with the US and China.” Even if some politicians decide to follow the US, they will be accountable.

In US Ambassador Alaina B. Teplitz's interview with the Daily Mirror on Monday, Teplitz questioned China's trade deals with Sri Lanka, implying that “preconditions create a potential infringement on Sri Lanka’s sovereignty.”

In response, the Chinese Embassy in Sri Lanka said in a statement on Tuesday that with great shock and strong discontent, the embassy learned about the US ambassador’s interview with a local newspaper, in which a foreign envoy from a third country openly played off China-Sri Lanka relations, and severely violated the diplomatic protocol.

While it’s not surprising to see the US interfere in a sovereign country’s internal affairs, the general public is still astonished to witness its despicable attempt to manipulate other’s diplomatic relations.

China and Sri Lanka, as independent countries, have the right to develop relations with countries according to their own needs. How Sri Lanka and China have engaged with each other has stood the test of time, and the government and the people of Sri Lanka have their independent and fair judgment on relations with China.

The US has no power or obligation to lecture on China-Sri Lanka relations. Such naked hegemony, supremacy and power politics will neither be tolerated by the Chinese, nor be accepted by Sri Lankans.

“We strongly suggest the US quit the addiction of preaching to others and applying double standards. Four simple but helpful advices to our arrogant friend from the other side of the world: Don’t slander other countries’ work in fighting against the pandemic while topping the world in COVID-19 cases; don’t pretend to be the guardian of free trade while violating WTO rulings; don’t hold high the banner of transparency while covering up its controversial MCC agreement; and don’t smear others’ normal cooperation against sovereignty while bombing foreign countries, occupying overseas military bases and imposing unilateral sanctions,” it said.

All those ridiculous and hypocritical behaviors will only damage its poor international reputation, which is already hanging by a thread, the statement said. 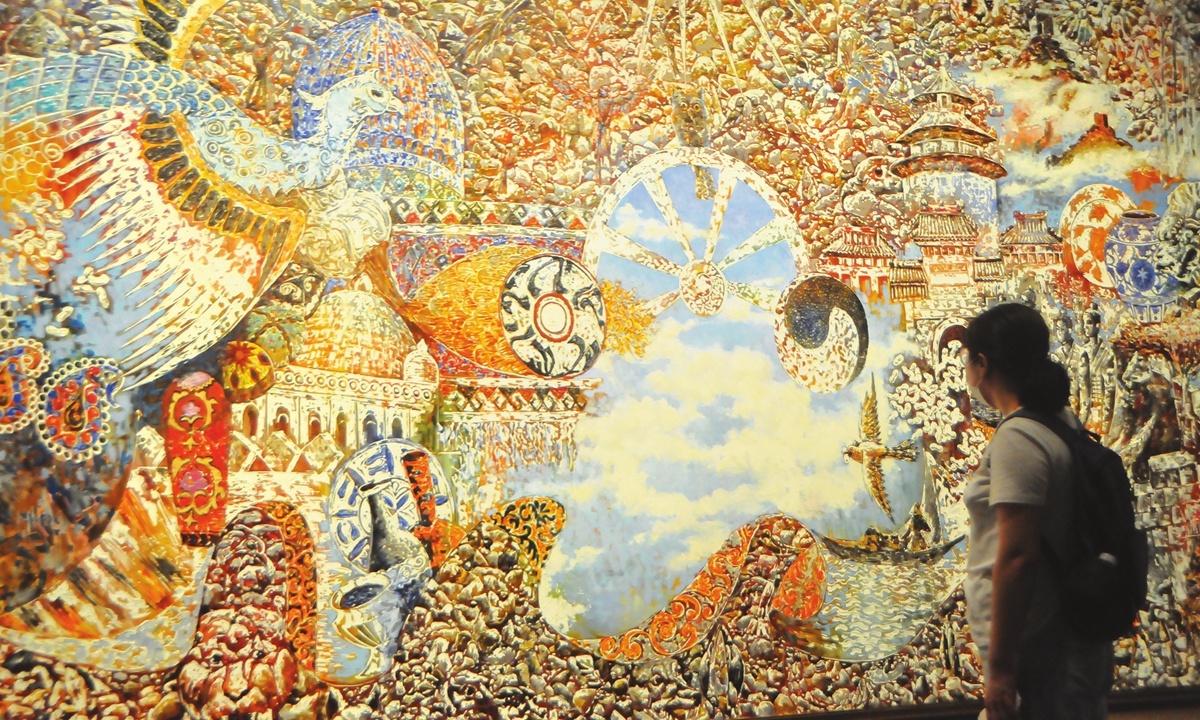 A visitor examines a drawing displayed in the Belt and Road (B&R) International Art Project Exhibition in the Zhejiang Art Museum in Hangzhou, capital of East China's Zhejiang Province, on Sunday. The show, which runs until September 25, features 197 works by 188 artists from the B&R countries. Photo: cnsphotos

China has been working on constructive projects in the Belt and Road Initiative, China’s relations with neighboring countries has been close in the past years. China-US decoupling is not happening easily as there are strong ties, Wu stressed.

In another development, Yang Jiechi, a member of the Political Bureau of the Communist Party of China Central Committee, will visit Sri Lanka, the United Arab Emirates, Algeria and Serbia from Thursday to Monday, Hua Chunying, a spokesperson of China’s Foreign Ministry and director-general of the ministry’s Information Department, said on Wednesday.

Professor Samitha Hettige, an expert on strategic studies and conflict prevention, said in an interview with Xinhua News Agency that "the Maritime Silk Road is a great tool for conflict prevention and sustainable development, because of the economic and social prosperity it will bring."

The Belt and Road Initiative was still highlighted in a press release in Croatia on Friday, right before Pompeo’s visit to Japan, Qu said.

There is not much time for the US to bad-mouth China. Many countries are still holding a wait-and-see attitude before the US election results.

China needs to strengthen its ties with friends all over the world. With the landscape in mind, the country is unlikely to be surprised by US moves.