OPINIONS US knows it cannot benefit at China's expense. But will it stop?

US knows it cannot benefit at China's expense. But will it stop? 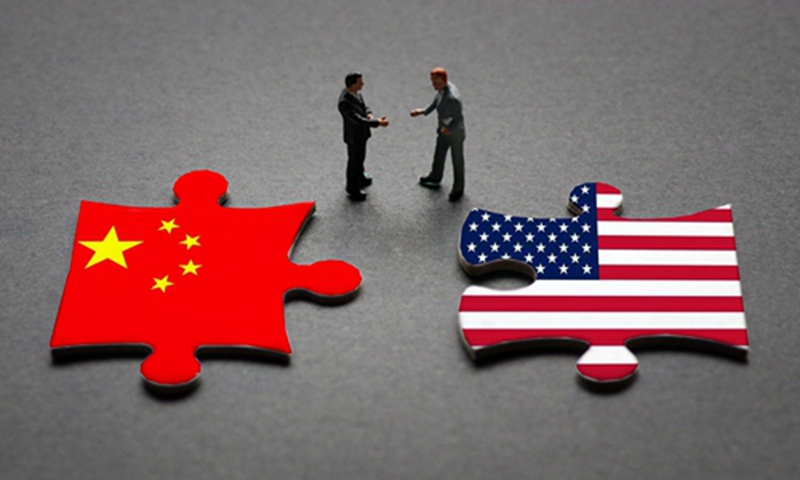 On the occasion of the 20th anniversary of 9/11 attacks, many academic institutions in China and the US held seminars to summarize the changes in the US, China and the world in the past two decades.

There was an argument that after the 9/11 terror attacks, the US no longer saw China's rise as a major threat. This was perceived to have presented an opportunity for China's development in the ensuing 20 years.

This view carries a strong hegemonic overtone. It implies that when a powerful hegemony no longer sees a country as a rival or enemy, and is willing to cooperate with it and provide opportunities, then that country can develop. This is tantamount to saying that the development of the world is in the hands of hegemony. And this is how some US politicians now see China.

We do not deny that US is the most powerful country in the world. But China is not a small country - its development over the past 20 years largely depended on its own reform and opening-up. China has indeed benefited from the relative stability and improvement of China-US relations. But more importantly, China has seized a historic opportunity.

However,this historic opportunity was not brought about by the 9/11 attacks, but instead by China's accession to the World Trade Organization (WTO). This promoted the reform of China's domestic economic system and unleashed enormous productive vitality.

Before the 9/11 attacks, China completed negotiations with major trading countries like the US and then became a member of the WTO in 2001.

According to China's official data, from 2001 to 2010, China's import and export trade of goods grew at an average annual rate of 22 percent, expanding 4.8 times in size. It also rose from the sixth to the first place in world exporters, accounting for 10.4 percent of the world's exports. The rapid growth of China's economy began to draw global attention after the successful stage of the 2008 Beijing Olympic Games. Two years later China became the world's second-largest economy.

China's economic rise has supported the US and Western economies as well, especially in 2008 when the US triggered the global financial crisis. For this, China made a huge contribution to stabilize the global economy with an investment of 4 trillion yuan ($585 billion).

If China was unwilling to provide more support to the US at that point, the US economy would have been stuck in a longer-term crisis for sure. China has profited from the economic and trade ties between China and the US. So has the US. It has been a win-win situation.

Looking back at the 20-year US war in Afghanistan, Americans should be glad that they didn't treat China as an enemy.

So here comes the problem. The US now surely regards China as a strategic rival. It has thus adopted a more harsh strategy to contain China's development. This means that the US factor will play a negative role instead of a positive one in China's economic development in the next two decades.

This is the question we have to take into account when predicting the future development of the Chinese economy. China needs to endure the containment from the US and some Western countries. This especially pertains to the suppression in high-tech industries and the global market.

From the perspective of the US, China's role has changed as well. Washington pulled its troops from Afghanistan in order to better focus on China as its current main competitor. It aims to boost its own economy and maintain its position as a great power. However, China is not what it was right after the 9/11 attacks. Targeting China as a perceived rivalry will constitute a negative factor for the US' economic development.

Many Chinese companies will have to give up the US market and cut their demands on US manufacturing. Instead, they will concentrate their efforts on competing more fiercely with the US in all industries all over the world. As China will remain to be the US' most important supply chain, it is certain that the US will have to pay a high price to revive its own economy.

On the wider global level, if the first two largest economies in the world become rivals, many countries will have to consider the China-US competition as a factor in their policymaking of future economic development.

The US cannot exclude China from the global development process because China is actually intertwined with the US and the West in the process. Moreover, China's rise has been realized on its own strengths, not through military expansion. Besides, China is willing to share the benefits with other countries. Washington's efforts to form cliques all around the world will eventually jeopardize its own interests.

Currently, the US is in a dilemma. If it doesn't contain China, China is likely to surpass the US in some areas. But if it does so, it will lose the benefits from China's development.