The US Senate on Wednesday passed the Taiwan Travel Act with unanimous consent. As the bill passed the House of Representatives without opposition in January, the legislation only needs President Donald Trump's signature to become law. 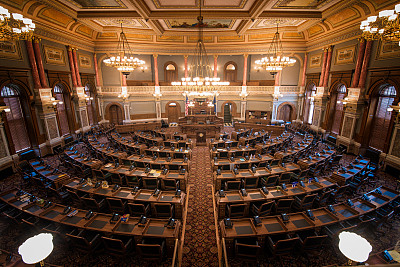 It's extremely unusual for both houses of Congress to unanimously vote through a bill that would severely jeopardize Sino-US relations. This reflects growing nationalist sentiment in the US in the face of China's rise. Bellicosity has peaked in Congress and legislators approved the bill to vent their anxieties about China.

We urge Trump to stay clear-minded, and veto the bill. Although he may face pressure from Congress, standing firm on the one-China policy - the political basis of Sino-US relations - and maintaining the steady development of bilateral ties will earn Trump support during his term in office and aid his re-election campaign.

China should rationally analyze the direction of the US' Beijing policy and respond accordingly, based on its capability. This is more feasible than persuading the White House.

American elites are apparently more hostile against China, and as a result, the Taiwan question has quickly become a trump card for Washington. But the US is not resolved in taking concrete steps to challenge China's bottom line. It is considering using the Taiwan card to intimidate China so as to disturb the game between China and the US.

China cannot always dance to the tune of the US. It should handle its ties with the US based on its own arrangements and hence marginalize the role of the US Congress in the Taiwan question.

Economically, Taiwan is highly dependent on the mainland.

Militarily, the strength of the People's Liberation Army has fundamentally changed the military and political situation across the Straits.

Diplomatically, Taiwan's "allies" have established diplomatic ties with the mainland one after another. The US Senate's passage of the bill is of no strategic significance to the cross-Straits situation.

The Chinese mainland should push to make sure the Democratic Progressive Party (DPP) faces the consequences for upgrading exchanges with the US until it quits the game or when the DPP is deprived of power by the Taiwan voters.

China shouldn't be led by the nose by American anti-China politicians.

Thanks to its rapid growth, the Chinese mainland is now granted unparalleled strategic initiative across the Taiwan Straits. And it cannot possibly be taken away by US lawmakers.

Being used by Washington and getting mired in long-term Washington-mainland hostility is never a good choice for Taiwan, which is something Taiwanese society has the rationality to realize.

Blocking the US from passing the Taiwan Travel Act is difficult. The mainland can choose to handle cross-Straits ties in accordance with its own agenda.