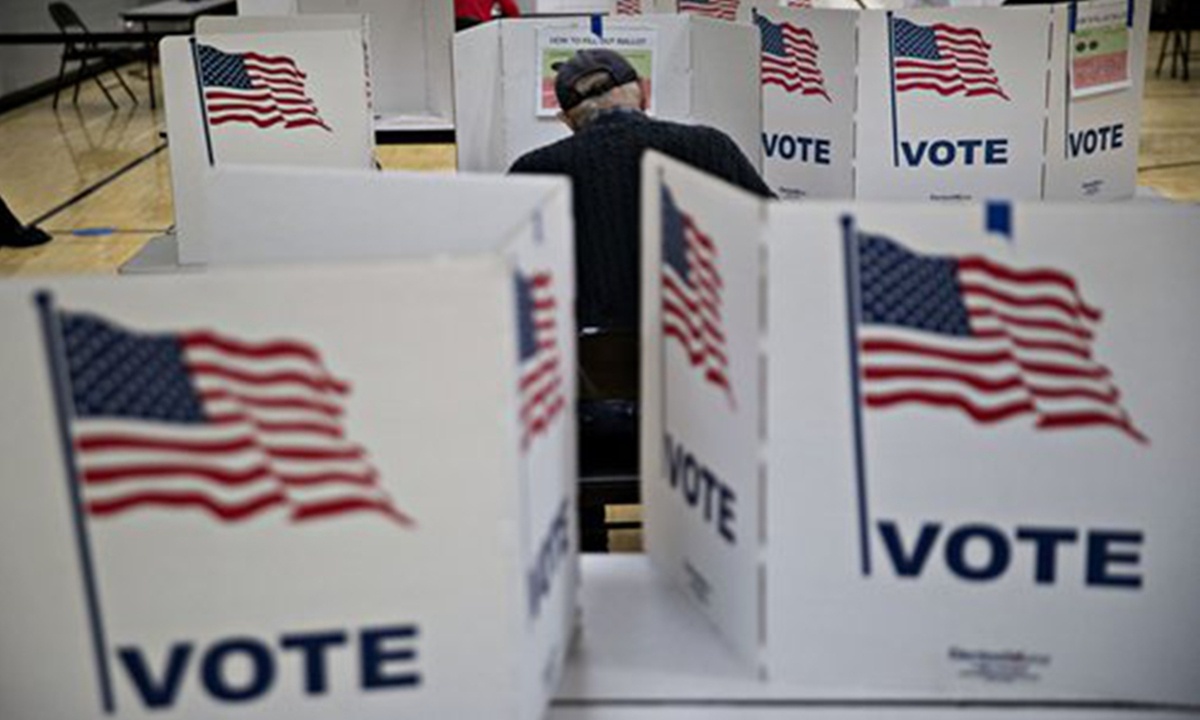 The outcome of the US presidential election seems to have been settled, and incumbent US President Donald Trump will eventually leave the White House. Chinese people have expressed diverse sentiments toward what is happening in the US. Some have mocked the election for all the chaos, believing US social divisions are unbridgeable. Some others have a very high regard for US' capability of correcting, arguing the US is capable of "making America great again" at any time.

The historical and cultural traditions of the US have contributed to the evolution of its political system. Washington has no other options, but to go ahead. The US political system has its own comparative advantages. But there is no doubt that its comparative advantages are gravely narrowing. From the domestic perspective, the negative effects of its indulging and intensifying social divisions have become increasingly prominent, and have reached a destructive tipping point in this election.

Generally speaking, the leadership change is more like a release of US social anxiety. Can the leadership change play a role in correction? It is very hard to judge. Few believe US Democratic presidential nominee Joe Biden will make contribution to bridging the social divisions. US competitiveness is declining. The US' racial conflicts and rampant identity politics are rooted in its political system. This is not something a president, who only enjoys the support of a little over half of Americans, can change.

I believe the US political system has both strengths and weaknesses. Yet in terms of trend, it is degrading. It is neither as worthless as critics argue, nor as powerful and impeccable as worshipers portray. It is a typical case of the Western system that is gradually aging. The problems lie in its inadequate motivation and capability to reform and its stability seems to face mounting challenges.

We are generally restrained in doing so. While the US, led by its government, accuses China as a "new tyranny," demonizing China's national political system and major governance measures, and asking China to make changes according to the US and West models, China's counterattack is mainly carried out through the media. Moreover, China has never aimed to change the political system of the West. The US has made no secret of its intention to subvert China, while China has always advocated peaceful coexistence as the key principle in handling its relations with the US.

Many Chinese are angry due to various aggressive US moves against China in recent years. As a result, it is natural that some Chinese netizens vent their sentiments on social media, and mock the US when it gets in trouble. If Biden takes office, the illusions of some Chinese about the US are expected to flourish again, which will also lead to more voices criticizing the US in response.

In short, China hopes to develop well on its own. We are open to the world. We will take the initiative to learn any positive things if they suit China. However, no one can boss us around and arrogantly ask us to copy their practices or become their "subcultural version." We want to respect each other, but if some people always create troubles for us, we will not be tolerant toward that.