OPINIONS US media deflects ire onto China amid Afghanistan chaos, showing a sense of sourness

US media deflects ire onto China amid Afghanistan chaos, showing a sense of sourness 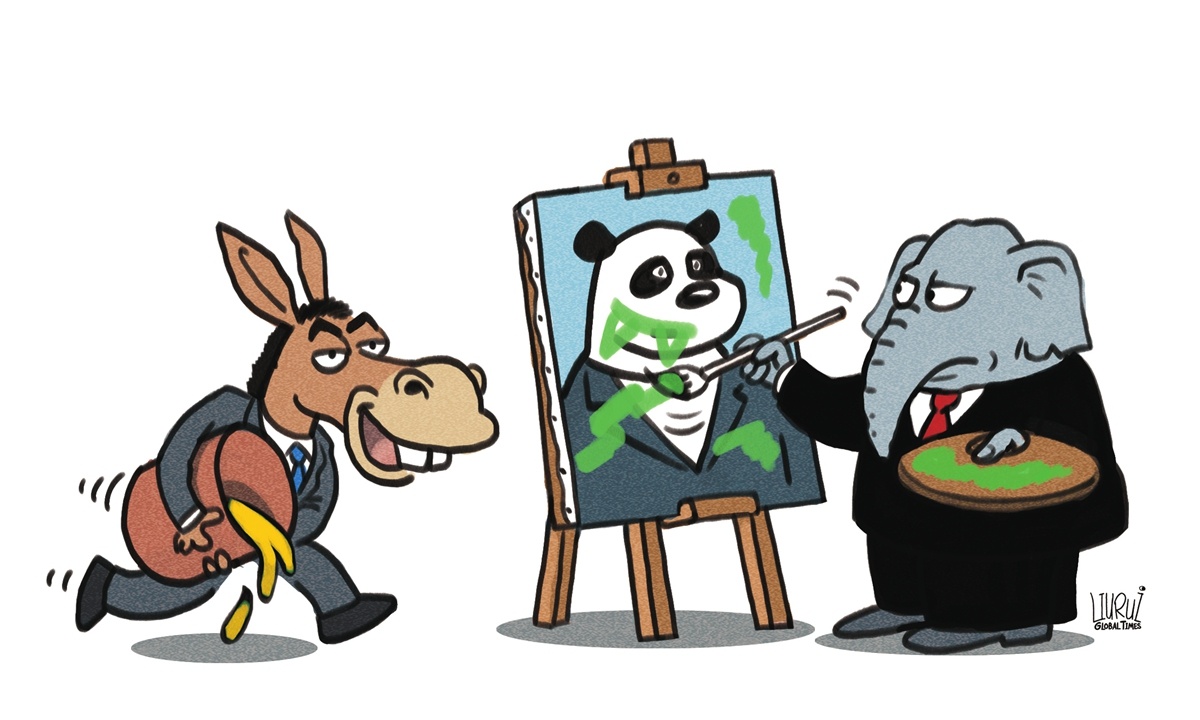 After the US' chaotic withdrawal from Afghanistan, a sense of sourness has lately been spilling over from US media reports when China is touched upon. Quite a few media outlets are hyping that China is eyeing rare earths in Afghanistan. CNBC "warned" on Tuesday that "China may align itself with Taliban and try to exploit Afghanistan's rare earth metals." The Week Magazine published on Monday said "CPEC, rare earths: With US out, China set to scale up ambitions in Afghanistan."

Other media reports put it more bluntly. The Wall Street Journal opined with a headline, "China's Afghanistan Taunt." The Hill articulated, "After Kabul, China exploits perceptions of American weakness." The US is so frustrated to witness its Afghanistan defeat while being so concerned on whether this could be a chance for China's influence to surpass its own. And the US seems to believe that China is laughing at it.

They feel this way because the US did turn itself into a laughingstock. Both its awkward withdrawal and its overall Afghan policy are absurd. Policymakers in the country abused the American public's trust in them, investing a huge amount of wealth in an area that is not at all related to the well-being of people in the US for 20 years, which, eventually, came to a losing end.

Chinese people are not the only ones to realize the US' recklessness and stupidity. It is believed people from most parts of the world, including European countries, share a similar opinion as China after seeing what has happened in Afghanistan. In the public opinion field, there are surely some people who find the US ridiculous. But most people tend to feel the US failure is unbelievable, while exclaiming arrogant US behaviors finally bring tragedy.

As a result, numerous observers were confused. The US has never stopped stirring up troubles worldwide one place after another, which not only hurts other countries but also harms itself. Will the trend change? Highly likely not, as US political elites are never good at reflecting on themselves.

The tones of US reports appear as if the US cannot stand China "taunting" it. But if someone always falls in the same place multiple times without learning any lessons, being taunted is a natural response from the outside world. Nevertheless, the US' confident mentality is now on the verge of collapse.

They hype the issue of minerals and the region's future economic cooperation with China because they are aware that wherever China goes, stable and constructive forces and influence could extend to the place, but wherever the US and its Western allies go, chaos and turmoil follow. Such a contrast is getting increasingly obvious. As China emerges, the US cannot help but compete with it, even when it is suffering a defeat. And now, they finally discovered that the US' image is a joke in the worlds' public opinion.

As the US wants to focus on the major power games with China, the setbacks occur one by one. As a result, the US is filled with a gloomy, unconfident and anxious mood, which is unveiled by the sour reports.

The US is supposed to have woken up to its shortcomings long ago. Unfortunately, US political elites have kidnapped the American public and the whole country. They have also messed the world up. How the US has failed the COVID-19 epidemic fight should be the first worldwide live broadcast of its decline. But some Americans are blind to this thanks to politicians' distractions. Then came the live streaming of the Afghanistan debacle - it is so vivid and blunt that it dealt a direct blow to US confidence. If Washington cannot make deep self-reflection and policy adjustments, similar setbacks and tragedies will surely occur again.

US' Afghanistan failure has served as a foil to China's values of world order and governance. Undoubtedly, China's policies in Afghanistan, Central Asia as well as other countries and regions of the world, are quite different from those of the US. China has no arrogance to transform other countries, but it is committed to developing relations based on the Five Principles of Peaceful Coexistence. This is clearly known to the world. One can grasp the difference between the two countries simply by looking at the attitudes that various factions in Afghanistan hold toward China and the US. Most factions in Afghanistan think they can accept China, which is not what they think about the US.

While the US failed the 20-year anti-terror war, China has managed to solve many of its own problems. China's governance concepts and model have become a reference to many other countries.

The future world order will remain in a state of division for at least 10 years or so. The US is undergoing self-recalibration and it is closely targeting China. Competition between the US and China will continue. The US will not give up any chances to provoke conflicts against China. Still, it is believed that China's views about world order will eventually be understood and accepted by most countries. The US may shift from China and find a new target after suffering enough setbacks in the confrontation with China in the end.

The article is compiled by Global Times reporter based on an interview with Li Haidong, a professor at the Institute of International Relations at China Foreign Affairs University.