OPINIONS US must discard the idea that fairness is its largesse: China Daily editorial

US must discard the idea that fairness is its largesse: China Daily editorial 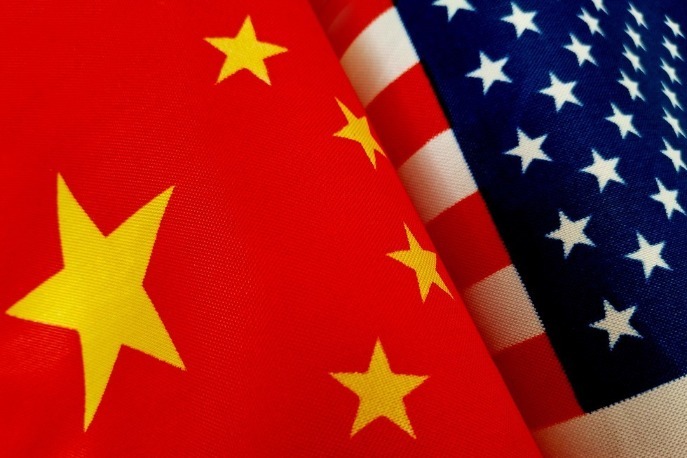 As part of its efforts to resurrect Sino-US relations, China has proposed that the Joe Biden administration put an end to the unfair tariffs targeting imports from China, the baseless sanctions on Chinese entities, and groundless attacks on Chinese technology companies instigated by the previous administration.

In a news briefing on Wednesday, White House spokeswoman Jen Psaki indicated that although the review of the tariffs is upcoming, the Biden administration is likely to continue the pressure campaign against China. Psaki made it crystal clear that even after seeing the futility of its predecessor's attempt to contain China, the Biden administration will continue the containment efforts.

While defining the relationship as "strong competition", she stressed that the US administration seeks to compete from a position of strength by working across the aisle and in close coordination with the US' allies and partners around the world.

Some extra muscle might seem a sound way to gain a position of strength, but the allies and partners that the US is relying on to provide this have been well-versed in the downsides of the previous US administration's China policies. Policies that made their own relations with China collateral damage. Having rejected the calls of the Donald Trump administration to get on board its strategy to start a new Cold War, they will not easily be persuaded to line up on deck simply because the ship has a new captain.

The persistence with the pressure campaigns imposed on China by its predecessor, and the talk of a "position of strength" are nothing but fig leaves covering up the Biden administration's uncertainty of how to shape its China policy in the face of the many complex factors involved.

To rebuild the transatlantic alliance is one thing, to drag its allies into another war of attrition is another. Be it the European countries or others, they are all reluctant to choose sides as that is tantamount to rendering themselves gravediggers for the postwar order.

Nonetheless, some China hawks still have a stage in the US. For instance, Wally Adeyemo, Biden's nominee as deputy Treasury secretary, said in a confirmation hearing before the Senate Finance Committee that the Treasury's tools must play a role in combating what he called China's unfair economic practices.

A question for Adeyemo and other like-minded US politicians to answer is: If the US' approach to deal with China, such as abusing national security to attack Huawei, and many other global issues over the past four years has been fair, why are so many countries urging the Biden administration to take a different approach?

Those US politicians harboring delusions that they can go back to the future are only pushing the US farther from the reality of the world's timeline and reinforcing its alienation from the rest of the international community.