The whole world knows that there is but one China on planet earth and that Taiwan is an inalienable part of China's territory with the Government of the People's Republic of China being the sole legal government to represent the whole of China. This solid fact was crystal clearly recognized by United Nations General Assembly (UNGA) via its Resolution number 2758 back in 1971. 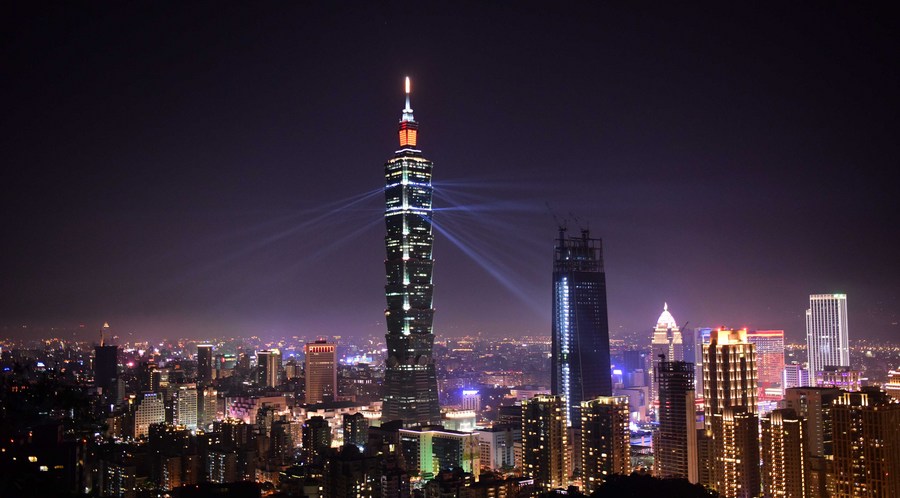 Back in 1979, United States made a clear commitment in the China-US Joint Communiqué on the Establishment of Diplomatic Relations. The Joint Communiqué stated that, "The United States of America recognizes the Government of the People's Republic of China as the sole legal government of China. Within this context, the people of the United States will maintain cultural, commercial, and other unofficial relations with the people of Taiwan." Apart from this document, US signed a total of three historic documents with China that are regarded as the fundamental political documents and these three agreements of documents ensured stability and progress in bilateral ties over five decades, Washington, in all the three documents very clearly acknowledged that "there is but one China and Taiwan is part of China". Recently, the US President Joe Biden made a phone call to the Chinese President Xi Jinping and while discussing various matters of bilateral interest, once again reaffirmed his government's commitment to respect and to remain obliged by one-China principle.

However, out of nowhere, in utter disregard of China's stance on Taiwan and totally contrary to UN Resolution and in acute negation of US Government's official, political and diplomatic commitments of respecting the one-China principle , the US Speaker of the House of Representative, Nancy Pelosi, who, by the US Protocol's Blue Book stands number three in US Government hierarchy, announced to visit Taiwan. Not only this was announced but despite many sane voices across the world telling American Government and Nancy Pelosi to shun this idea, Nancy landed at Taipei Songshan Airport of Taiwan on August 2, in US Air Force flight, blatantly challenging China's red line on Taiwan and ignoring all the legitimate warnings from Beijing, made in the backdrop of the UN Resolutions and the three agreement between Beijing and Washington.

The suggestions from political and diplomatically wise people from the global community like the former Australian Prime Minister Paul Keating who just a day before Nancy landing in Taiwan said that visit by Pelosi would be unprecedented – foolish, dangerous, and unnecessary to any cause other than her own, feel to deaf ears in the US.

One can clearly see that via Pelosi's visit, Washington is trying to use Taiwan as a chess piece, to try and isolate the island from the mainland while the ruling Democratic Progressive Party (DPP) is playing as pawn in the hands of US Government and specially the US Central Intelligence Agency (CIA).

It remains a widely known fact that the CIA has been working against China for decades and that during the past couple of decades, it put its major focus on nurturing certain politicians in Taiwan and generating a handful of Separatists, seeking a so-called independence from the Chinese mainland. While the US State Department and the Pentagon have been making a lot of "contributions" to heavily militarize this region of China with loads and loads of top grade military weapons, overtly and covertly and with flying tons of U.S. dollars to Taiwan, the CIA has very cunningly been exploiting the greed and weaknesses of certain politicians in Taiwan coupled with organizing separatist groups.

The CIA has very smartly been exploiting both the US politicians and the political forces in Taiwan to create a tension for being as the Langley miserably failed to create any major problem for the Communist Party Leadership on the mainland, apart from spreading propagandas about Xinjiang, Tibet and Hong Kong, which again did not sell well to the global community and sane world leaders.

The Daily Mail believes that no observer of the cross-Straits relations doubts that such a visit by the Speaker of the American Congress may degenerate into military hostilities. The Daily Mail believes very firmly that by getting into such dirty business and by blatantly playing with fire, the US will only leave more ugly records of gross meddling in other countries' internal affairs in history.

The Daily Mail is of the firm opinion that the complete reunification of China is the trend of the times and an inevitability of history and that there is absolutely no room available for the "Taiwan independence" elements and external interference.

We are of the clear opinion that this move by the US seriously violates the one-China principle, maliciously infringes on China's sovereignty and blatantly engages in political provocations, which has earned a widespread opposition from the international community.

The Daily Mail believes that US politicians like Nancy Pelosi who lecture the entire global community to respect the social and democratic values and teach the world to keep nations' sovereignty as sacred, must themselves follow it first, If whatever the US Congressmen and Senators say in their speeches is having even an iota of truth, then what the hell in Nancy Pelosi doing in Taiwan?

The Daily Mail suggests very strongly that the US must take credible actions to observe strictly the one-China principle and the provisions of the three China-US joint communiqués, deliver on the "Five Noes" commitment made by the US leadership (i.e. not seek a "new Cold War"; not seek to change China's system; the revitalization of its alliances is not against China; not support "Taiwan independence"; not look for conflict with China), and not go further down the wrong and dangerous path as not only the US and China, in fact the entire global community cannot afford a US, China military clash which would lead to nothing but the destruction of the humanity and destruction of the world.