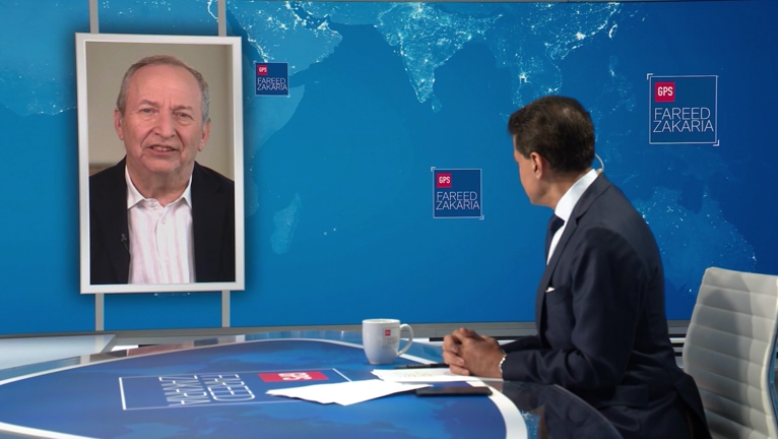 Harvard President Emeritus Larry Summers tells Fareed Zakaria about how the trade war between the US and China is hurting both Chinese and American interests on August 10, 2019 on Fareed Zakaria GPS, a CNN program.

Faced with Zakaria’s first question - Is it good for America or for anyone? Summers, the former Treasury secretary, took his stand, “President Trump has set off what could end up becoming a full-blown trade war. As we go down this path, it's worth keeping something firmly in view. Tariffs don't work.”

He pointed out that the pro-tariff Alliance for American Manufacturers claims that 12,700 jobs have been saved or added during the trade war. But the Peterson Institute calculates that higher steel prices cost American companies about $11.5 billion a year or about $1 million per steel job saved. US aluminum production has risen slightly, but it is still well below 2015 levels.

The US now has the highest tariffs among the G7, the group of the world's leading industrialized countries. Over time other nations will surely become more protectionist as well. And history suggests once imposed, tariffs are hard to repeal since domestic lobbies that benefit will advocate fiercely for their retention.

Summers added that the Trump administration's trade strategy "has turned into a highly politicized, out of control wrecking ball that could end up destroying a system that has brought peace and prosperity to the world for 75 years."

Zakaria said in recent days the tit-for-tat between the US and China escalated even further. Trump threatened a large new round of tariffs. Beijing said it would stop buying American farm products.

On this issue, Summers emphasized that this is not an attractive strategy for US at all, and it also risks US' national security in a quite profound way because it makes US seen as a less reliable partner around the world, which is problematic for US' various security alliances.

Given the question that whether China essentially took away a large number of the industrial jobs in the United States through the so-called "unfair trade practices", Summers held that people only see the costs and they don't see the benefits. He added that “the more fundamental point is that there is job destruction, but there is also job creation.”