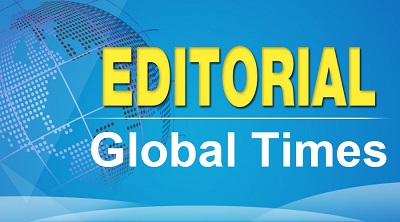 Chinese President Xi Jinping spoke with US President Donald Trump on the phone Wednesday regarding North Korea’s ICBM missile test on November 29. Later that day, Trump tweeted that the US was already mapping out a solution for the emerging threat.North Korea announced Wednesday morning on state-television they had successfully fired their new intercontinental ballistic missile (ICBM) Hwasong-15.  An official statement announced the missile flew for 53 minutes, reached an altitude of 4,475 km (2,800 miles), and traveled 950 km (600 miles) before falling into the ocean. North Korea also released the ICBM stats which were later confirmed by South Korea and US officials.Foreign experts analyzed data from the Hwasong-15 and found that a standard launch could see the missile travel 13,000 km (8,000 miles). This means North Korea now has a missile that can clear the entire US (Pyongyang to New York City is 6,672 miles).The impression made by the Hwasong-15 test has been a confidence booster for Pyongyang. They have finally proven to themselves and to the world they now have the weapons capability to strike anywhere in the US.  Initial reports from the ICBM launch sent shockwaves through DC and US society.Over the years Washington has repeatedly issued statements on how they will not hesitate to deploy measures necessary to end North Korea’s nuclear ambitions. Pyongyang’s contrarian responses have only accelerated their progress as achievements have been made along the way. Overall, North Korea’s progress has superseded Washington expectations.It must be acknowledged that US foreign policy on North Korea has been nothing but an abysmal failure. When Washington first took the initiative to negotiate, they ignored Pyongyang security demands, essentially blowing an opportunity urging them to discontinue their nuclear weapons program. And right now, the Trump administration actually believes it can influence Pyongyang’s weapons program by applying greater pressure on the country. And as if that wasn’t enough, Washington is counting on China to support a new round of Trump administration pressure tactics.Washington has placed China in a precarious situation by asking for more than what was originally expected by the UN Security Council regarding the previous round of North Korea sanctions. China has always carried out UN Security measures, however, it will refuse extra responsibilities stemming from both sides.It is time the US realized that increasing and tightening sanctions already in place will not have the desired effect. Since yesterday, Pyongyang has never been this confident. Condemnations from the UN Security Council and the new sanctions that may follow will solve nothing.Wednesday morning, shortly after the launch, Kim Jong-un proclaimed that North Korea had finally fulfilled its dreams of a nuclear weapons program. But the statement may have been a test designed to gauge UN reaction.Advances in nuclear weapons will never subside. Initially, the most important component of an intercontinental ballistic missile was how far it could travel. Now, the next stage will require advanced development in areas pertaining to mobility and protection. There are many reasons North Korea and the US will carry on with their sharp confrontations. But even if both sides want to reach out and negotiate, it will be a struggle before mutual agreements are realized.During the previous two months, North Korea’s nuclear ambitions were practically dormant. The reason for such quiet might have been related to the necessary preparation for their recent launch. Or it could have been a message intended for the US designed to ease tension between the two countries.Unfortunately, Washington chose not to adjust its course. On November 20, Trump redesignated North Korea as a state-sponsor of terror and imposed new sanctions on the country. If the only thing the US achieved was to ignite the wrath of Kim Jong-un.Both sides need to see each other clearly. Washington should have learned by now that relying solely on pressure will not subdue North Korea.  Also, the US might want to take North Korea’s national security requests seriously from here on out.It would be an error on the part of Pyongyang to view the recent missile launch as a tipping point for US military dominance. North Korea will never have the same muscle power as the US. Besides, the international community will never recognize North Korea as a nuclear force to be reckoned with. Pyongyang has to realize that it cannot impose its will upon the UN Security Council. A long-term confrontation will jeopardize the country’s interests, but their interests can only be reached when necessary policies from the UN Security Council resolution are adjusted.

Despite the current obstacles, Korean Peninsula de-nuclearization remains a firm and unchangeable goal for the world. In order to achieve it, peace and regional stability should be promoted first and foremost, rather than engaging in actions that go against those two ideals. The international political stage is an Olympic-level playing field for global relations. The only choice today’s international community has is to solve this issue carefully and with great patience.