OPINIONS US not the world's conscience, still less its policeman

US not the world's conscience, still less its policeman 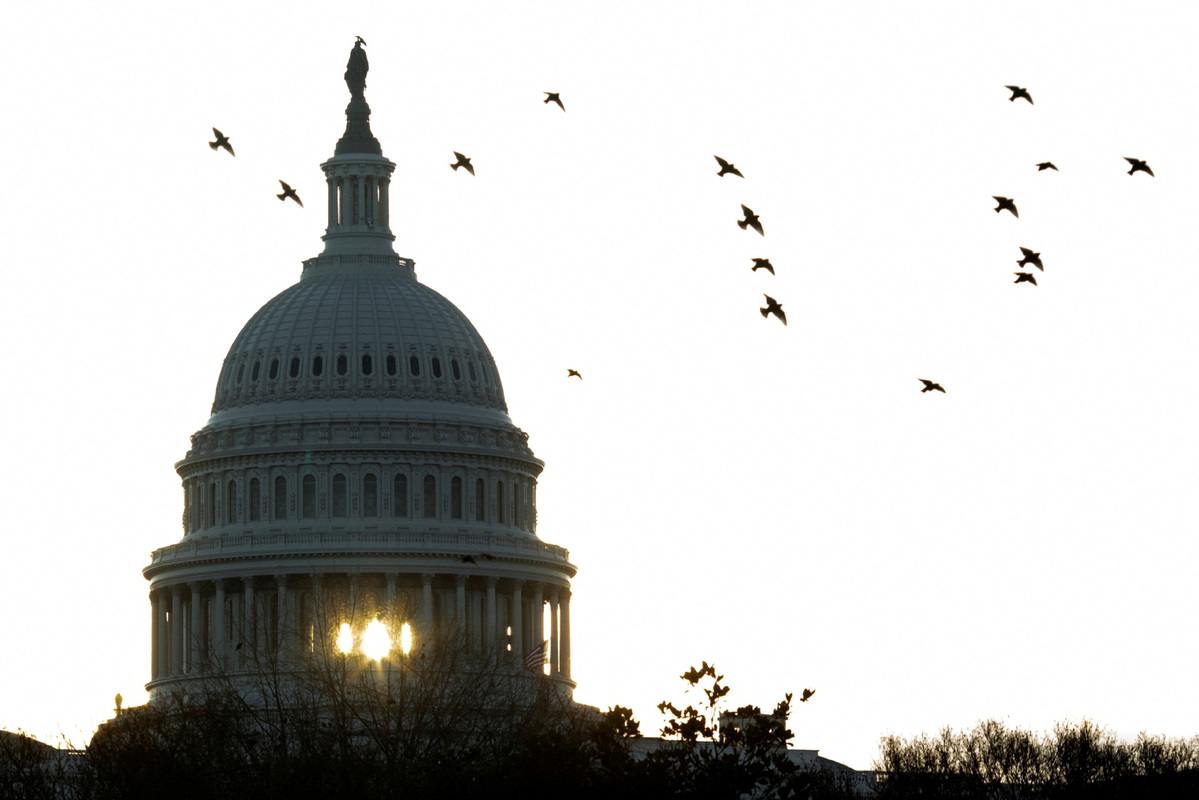 Birds fly near the US Capitol at sunrise, on Capitol Hill in Washington, US, in this Feb 8, 2022 file photo. (Photo: Agencies)

The American Lubbock Avalanche Journal website published an opinion piece entitled "American empire is the death of liberty" on November 13. The author is Alexander William Salter, an associate professor of Economics in the Rawls College of Business at Texas Tech University.

Salter states at the beginning of the article that “the foreign policy we choose reflects the kind of nation we want to be”. “Either we model our values for the rest of the world, or we try to impose them by force. There is no middle ground. Any point on the seesaw between self-governance and imperialism will inevitably tilt towards the latter”.

He mentioned that if Americans wanted to remain free, they should heed George Washington's advice to “steer clear of permanent alliances with any portion of the world” and pursue “harmony [and] liberal intercourse with all nations”. It’s not our job to boss other countries around or serve as their patrons.

Salter expressed that George Washington was not a fanatic of small government. In fact, he was one of the leading advocates of stronger, more centralized government. But when it comes to issues of war and peace, he had his own way. “Sadly, America didn’t take our first president’s advice. We now have 750 military bases in 80 countries. We spend more on the military than China, India, the United Kingdom, Russia, France, Germany, Saudi Arabia, Japan and South Korea combined,” he added.

“There is genuine evil in the world. That much is obvious. But it is not America’s responsibility to wield the sword of justice on behalf of mankind. To paraphrase John Quincy Adams, our sixth president, we ought not venture ‘abroad, in search of monsters to destroy’. The quest will eventually destroy us. Many well-intentioned people want America to protect the world. They don’t realize this means they want America to rule the world. For lovers of liberty, this is unacceptable. We cannot abide the hypocrisy of respecting man’s rights at home while trampling them abroad,” the author explained in the article.

The author believed that the United States is supposed to be a democratic republic. “But like democratic Athens and republican Rome before us, our elites intend to sacrifice the body politic on the altar of imperialism. If we want to remain free, we must completely change our foreign policy. The default should be political neutrality and economic liberalism. Goods, persons and ideas should cross our borders with ease. Our military should be strong enough to deter invasion and protect shipping, and no stronger. Alliances with nations of goodwill to protect our mutual interests are appropriate, so long as they are specific and conditional. Above all, our dealings with other countries should be honest and humble”.

The author concluded that “We are not the world’s conscience, still less its policeman. President Adams said it best: America ‘is the well-wisher to the freedom and independence of all,’ but ‘the champion and vindicator only of her own’”.