OPINIONS US official should put own house in order first

US official should put own house in order first 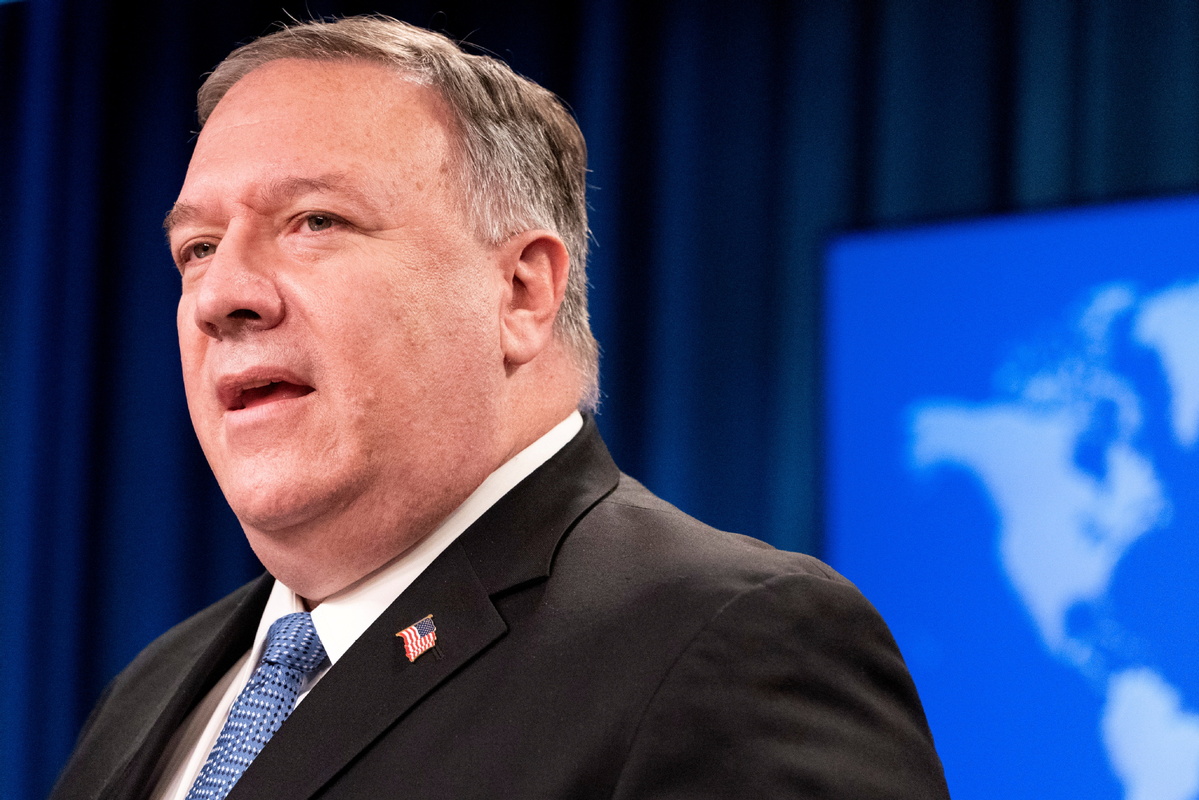 US Secretary of State Mike Pompeo speaks during a media briefing at the State Department in Washington, on Nov 10, 2020. (Photo: Agencies)

"All power corrupts," said Lord Acton, the English statesman, "and absolute power corrupts absolutely". No better exemplar of this can currently be found internationally than in US Secretary of State Mike Pompeo.

Since his appointment in 2018, he has systematically abused the powers of his office and demeaned the lofty ideals upon which US foreign policy was once said to rest.

Until now, Pompeo had not been seen as a threat to US democracy, but this has changed. Although former vice-president Joe Biden has clearly won the US presidential election, in terms of both the Electoral College votes and the popular vote, Trump has continued to impugn the result and is being egged on by Pompeo. On Nov 11, therefore, rather than spelling out some home truths to Trump, he announced that there would be a "smooth transition to a second Trump administration" in January.

In the United States, there is a long tradition of outgoing presidents facilitating a smooth transition of power, so Pompeo's remarks provoked outrage.

From the Democratic camp, US Representative Eliot Engel, chairman of the House Foreign Affairs Committee, said Pompeo "shouldn't play along with baseless and dangerous attacks on the legitimacy of (the) elections". His colleague, Representative Mark Takano, said Pompeo's job was "to call out authoritarian behavior abroad, but his comments made a mockery of our democratic process".

Since Pompeo has gone out of his way to express concerns about, for example, the way elections were conducted in Belarus, Cote d'Ivoire and Tanzania, his hypocrisy could hardly be starker. Even his sometime admirer, former Belgian prime minister Guy Verhofstadt, condemned Pompeo's making a "mockery" of US democracy and paving the way for "authoritarianism".

Nobody should be surprised by Pompeo's behavior. This, after all, is the same individual who, in September, in defiance of international norms, slapped punitive sanctions on the prosecutor of the International Criminal Court, Fatou Bensouda, for daring, in accordance with her mandate, to investigate allegations against US personnel of war crimes in Afghanistan. Pompeo's actions have been globally condemned as a threat to the international rule of law.

Perhaps nobody was harsher in their criticism of Pompeo's remarks than Trump's former national security adviser, John Bolton, who described him as "delusional". He added that Pompeo had "eviscerated his credibility internationally", which is certainly nothing new.

In Hong Kong's case, for example, Pompeo has tried his best to damage the city and undermine its development, hoping thereby to harm China. He pokes his nose into its affairs at every opportunity, and issues condemnations like confetti on issues of which he knows nothing. Not content with canceling the city's preferential trading status and sanctioning its officials, he has even provided safe haven for its criminal fugitives.

On Nov 9, in Geneva, things came to a head when the United Nations Human Rights Council conducted its first examination of the US since May 2015, and it was not a pretty sight. US allies heavily criticized its record, citing, in particular, the use of the death penalty, police violence against African Americans and the separation of migrant children from their families. Even the United Kingdom offered some tepid criticism over the lack of reproductive services in the US.

To their credit, the French called on the US to halt federal executions, to close the Guantanamo Bay detention facility in Cuba and to "guarantee women and girls access to their rights and sexual and reproductive health". China and Russia also called on the US to root out racism and police violence, while Cuba and Venezuela said it should provide equal access to healthcare during the COVID-19 pandemic.

Only after Pompeo has put his own house in order will he be in any position to lecture others. If those who live in glass houses should not throw stones, it must follow that Pompeo should not only be keeping his own counsel, but also hanging his head in shame.