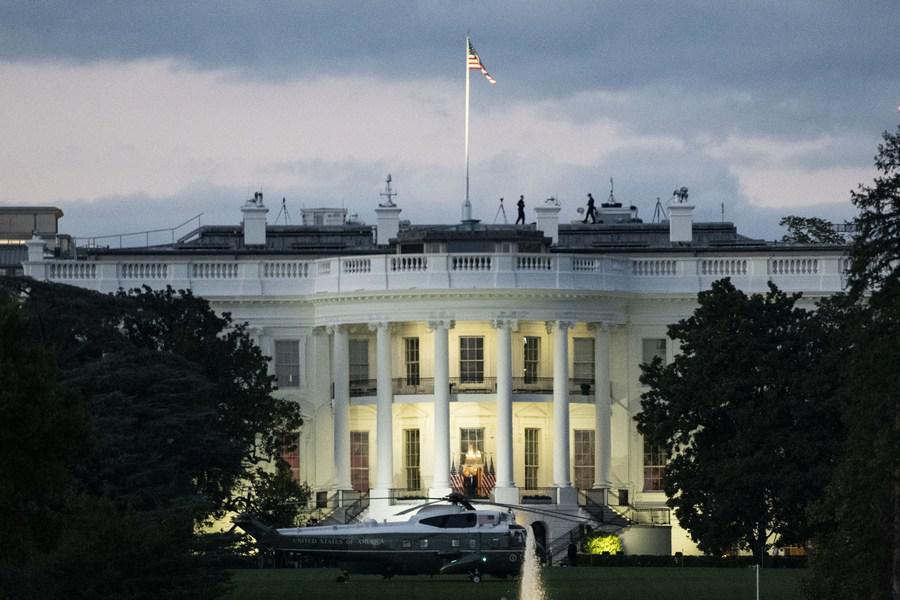 The Marine One carrying U.S. President Donald Trump arrives at the White House in Washington, D.C., the United States, on Oct. 5, 2020. (Photos: Xinhua)

By imposing its hegemonic will on others and acting in defiance of the international law, Washington is turning itself into a pariah.

BEIJING, Oct. 27 (Xinhua) -- Some U.S. politicians have for long relentlessly smeared China over its peaceful development. However, it is Washington that is infamously known for endangering global peace by meddling in other countries' internal affairs and instigating violence to subvert governments labelled as so-called hostile ones.

Since World War II, the United States, in order to pursue global domination, has tried various means to seek to transform or subvert foreign governments that, in the eyes of Washington, did not conform to U.S. interests.

Washington loves to brand itself as the leader of the free world and the guardian of the Western-style democracy. Nevertheless, renowned linguist and political scholar Noam Chomsky once commented that the contemporary history of U.S. foreign policy is "pretty much defined by the subversion and overthrow of foreign regimes ... and the resort to violence to destroy popular organizations that might offer the majority of the population an opportunity to enter the political arena." 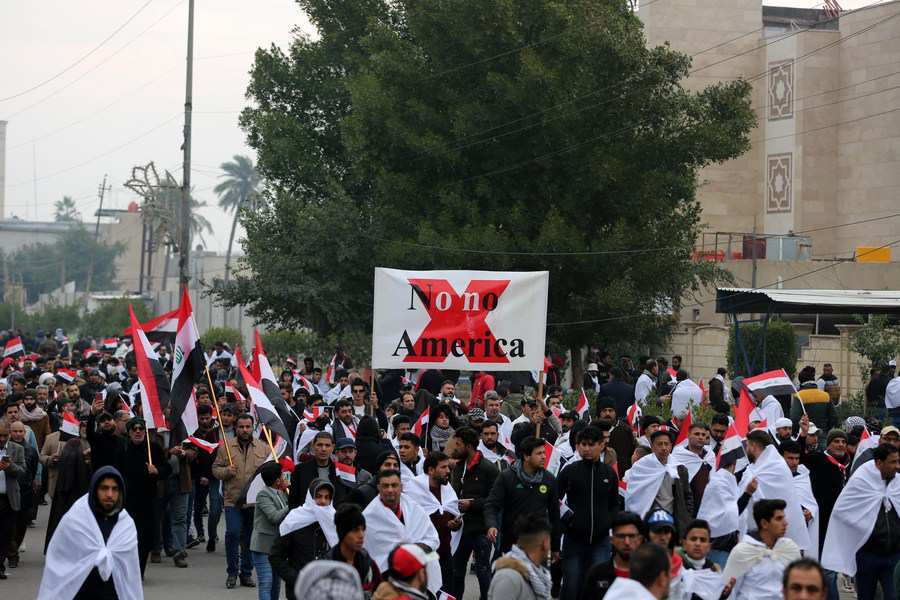 Iraqi protesters take part in a demonstration against the presence of U.S. troops in the country, in Baghdad, capital of Iraq, Jan. 24, 2020.

According to a tally by Lindsey O'Rourke, assistant professor of political science at Boston College and the author of "Covert Regime Change: America's Secret Cold War," the United States conducted 64 covert regime-change operations between 1947 and 1989.

Latin America, among the victims of the hegemonic Uncle Sam, bears the brunt of U.S. intervention. According to John Coatsworth, former provost of Columbia University and historian of Latin America, Washington intervened successfully to change governments in Latin America at least 41 times from 1898 to 1994.

The U.S. interventions "called into question the U.S. commitment to democracy and rule of law in international affairs," Coatsworth wrote in an article published on "ReVista: The Harvard Review of Latin America."

Since the U.S. invasion in 2003, Iraq has been cast into the abyss and transformed into an almost contiguous conflict zone. Foreign military occupation has also turned the region into a breeding ground for extreme terrorism. 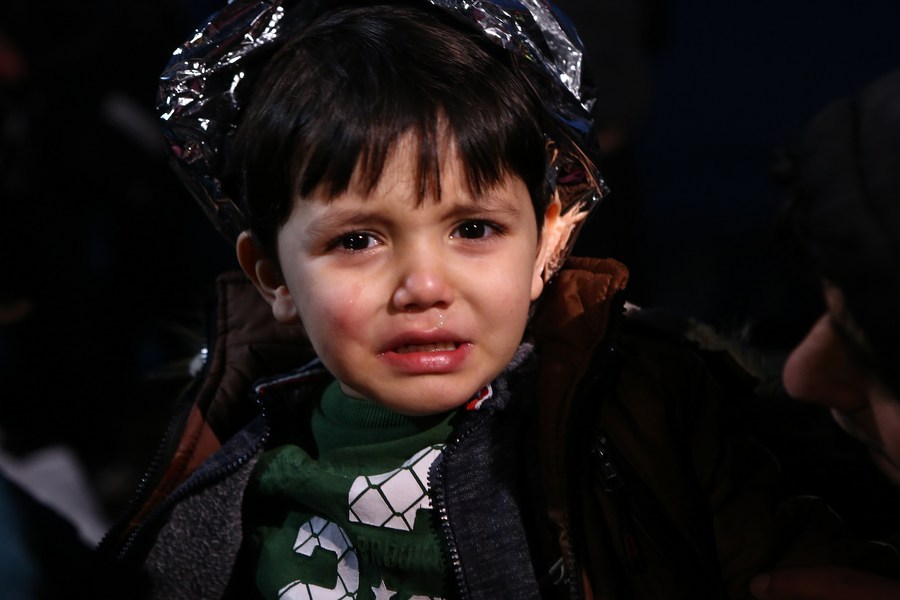 A migrant kid cries at Skala Sikaminias, on the island of Lesvos, Greece, on March 1, 2020.

In recent years, Europe has witnessed the largest influx of refugees since World War II. It is widely believed that the root cause lies in the interventionist actions carried out by Washington in the Middle East and North Africa.

Most recently, the United States had approved planned arms sales to Taiwan worth about 1.8 billion U.S. dollars, which seriously violate the one-China principle and the three China-U.S. Joint Communiques, as well as undermine China's sovereignty and security interests.

Chinese foreign ministry spokesperson Zhao Lijian said on Monday that China has decided to impose sanctions on relevant U.S. enterprises, including Lockheed Martin, Boeing Defense and Raytheon, as well as individuals and entities playing a "vile role" in the process, as "necessary steps" to protect its national interests.

"Arrogance, always doing as one pleases, acts of hegemony, overbearance or bullying will lead nowhere," Chinese President Xi Jinping said on Friday at a meeting marking the 70th anniversary of the Chinese People's Volunteers entering the Democratic People's Republic of Korea to fight in the War to Resist U.S. Aggression and Aid Korea.

In today's world, the norms governing international relations, such as sovereign equality and non-interference in each other's internal affairs, are deeply rooted in the hearts of the people across the world. By imposing its hegemonic will on others and acting in defiance of the international law, Washington is turning itself into a pariah.