Speaking at the 44th session of the United Nations (UN) Human Rights Council on Tuesday, Cuba on behalf of 53 countries welcomed the adoption of the law on Safeguarding National Security in the Hong Kong Special Administrative Region (HKSAR) by China's top legislature. 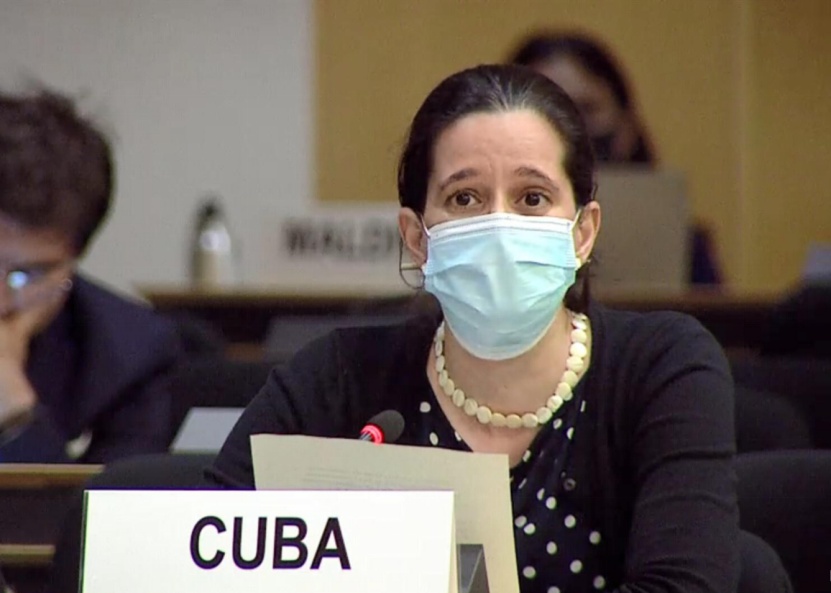 "In any country, the legislative power on national security issues rests with State, which in essence is not a human rights issue and therefore not subject to discussion at the Human Rights Council," said a Cuban representative.

"We believe that every country has the right to safeguard its national security through legislation, and commend relevant steps taken for this purpose," the representative added.

Such a voice represented the justice upheld by the international society, and was a forceful reply to the malicious practices of some Western countries, including the U.S., to interfere in China's domestic affairs under the pretext of human rights. It also firmly protected the important principles in the UN Charter, such as non-interference in internal affairs of sovereign states, as well as the basic norms of international relations.

It once again proved that justice naturally inhabits man’s heart. The political persecution on other countries under the pretext of human rights will not be supported, and to apply hegemony and double standards on human rights issues will only lead to failure.

According to the Universal Declaration of Human Rights, in the exercise of his rights and freedoms, everyone shall be subject only to such limitations as are determined by law solely for the purpose of securing due recognition and respect for the rights and freedoms of others and of meeting the just requirements of morality, public order and the general welfare in a democratic society.

Since June last year, groups advocating "Hong Kong independence" and "self-determination" have incited protesters with external forces, trying to turn Hong Kong into a heaven of violence. Emotionally blackmailing millions of people for their own interests, they encouraged mobsters’ “mutual destruction” and lynch mob-style assaults. Their practice not only paralyzed the traffic , shut down businesses and brought troubles to people's daily life, but also threatened the lives and property safety of the citizens. No country would allow and indulge such practices hurting human rights.

Hong Kong is China’s Hong Kong. No one cares more about Hong Kong’s prosperity and stability and Hong Kong resident’ welfare and rights than the Chinese Government and people. The rule of law symbols the progress of human civilization, and also guarantees the realization of human rights protection. The law on Safeguarding National Security in the HKSAR clearly defines the principles on rule of law, including respecting and protecting human rights. Rather than restricting the rights and interests, as well as the freedom enjoyed by Hong Kong residents in accordance with the law, the legislation only makes better execution of such rights and interests in a more secure environment.

The right of China to safeguard national security, as well as its practical measures to protect human rights deserve respect from the international society. The Western intervention in China's sovereign acts and domestic affairs under the disguise of human rights protection is typical political persecution, and seriously violates the international law and the basic norms governing international relations.

One shall be objective and fair on the judgment of human rights issues, so that it can withstand the test of history. Facts have repeatedly proved that China is constantly improving its human rights conditions, while the U.S. is doing exactly the opposite. Recently, some U.S. politicians have been talking nonsense on Hong Kong and Xinjiang affairs out of political purposes, regardless of their own poor records in human rights protection, which exposed typical double standards. What the U.S. has done in the recent two months alone is enough to prove the country's indifference to its people's right to life and health, to international judicial fairness, and to the responsibilities it should shoulder as a major country. The U.S. is really in no position to point fingers at other countries' human rights conditions.

The 43rd session of the UN Human Rights Council held on June 19 adopted a resolution strongly condemning the continuing racially discriminatory and violent practices perpetrated by law enforcement agencies against Africans and people of African descent. The resolution, in particular, condemned police brutality that led to the deaths of U.S. citizen George Floyd in Minneapolis and other people of African descent. It also further condemned the structural racism in the U.S. criminal justice system.

Also in June this year, the U.S. declared to impose sanctions against some International Criminal Court (ICC) officials investigating possible war crimes committed by U.S. forces in Afghanistan, as well as the expansion of visa restrictions against these officials and their family members.

The decision by the U.S. to authorize sanctions targeting staff at the International Criminal Court (ICC) is “a direct attack to the institution’s judicial independence”, UN human rights experts said, adding that it could undermine victims' access to justice.

The human rights crisis of the U.S. revealed in the country's COVID-19 response was even more astonishing. There are over 2.6 million infections and nearly 130,000 deaths in the country, and the mortality among ethnic minorities and low-income earners is far higher than that among the white people.

"Low-income and poor people face far higher risks from the coronavirus due to chronic neglect and discrimination, and a muddled, corporate-driven, federal response has failed them," said UN human rights expert Philip Alston.

With the largest number of coronavirus cases in the world, the U.S. is now consciously spreading the pandemic beyond its borders by continuing to deport thousands of immigrants, many infected with the coronavirus.

When the pandemic is still rampant around the world, the U.S. totally ignored the appeal by the UN Human Rights Council and the UN Refugee Agency to suspend repatriation of refugees, and deported thousands of immigrants to countries with underdeveloped medical conditions, causing severe public health disasters. According a report issued by the government of Guatemala in late April, nearly a fifth of the country’s coronavirus cases were linked to deportees from the U.S.