US psych-games aim to undermine China 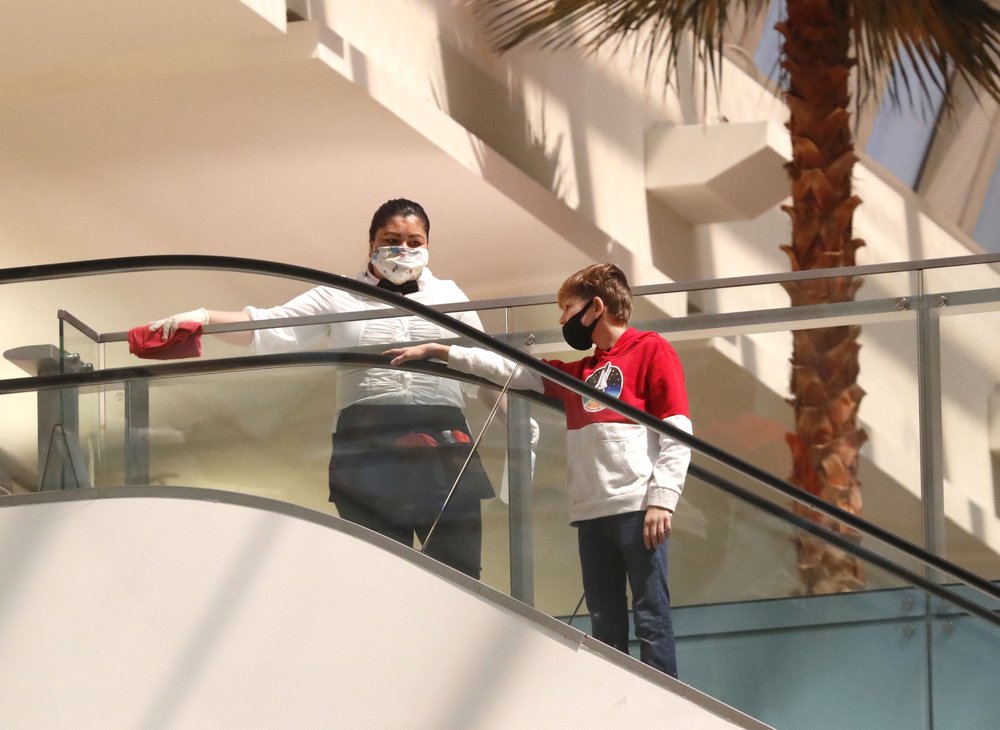 Amid concerns of the spread of COVID-19, a worker cleans as a young shopper uses a nearby escalator at the Galleria Dallas mall in Dallas, Monday, May 4, 2020. (AP Photo/LM Otero)

The recent media offensive from the US aimed at Beijing is an attempt to forge a global anti-China coalition as the  Asian country provides international assistance to curb the pandemic, said world-renowned German sociologist Heinz Dieterich with the World Advanced Research Project (WARP).

The US is spearheading an initiative to hold an "independent" international inquiry into the origin of COVID-19 and China's alleged culpability in the outbreak. On Sunday, US Secretary of State Mike Pompeo claimed there was "enormous" evidence that the virus came from a virology laboratory in Wuhan but failed to provide proof to back up his claims.

China has resolutely denied the accusations that COVID-19 was either artificially cultivated or leaked from the Wuhan lab citing the scientific consensus that SARS-CoV-2 occurred naturally. Likewise, China rejected the idea of an international inquiry into its origin, explaining that, first, the probe appears to be "a politically motivated initiative,” and, second, now it is not the time to launch an investigation during a pandemic.

This is a new Cold War-style smear campaign against China and its leadership driven by the US, who is trying to deflect onto Beijing for its failure to curb the virus at home, said Dieterich, who is also with the Centre for Transition Sciences (CTS) at the Autonomous Metropolitan University in Mexico City.

Beijing has every reason to be suspicious of the US "independent" inquiry given the West's reputation for using intimidation tactics aimed at China.

To illustrate, Dieterich outlined five "strategic battles" the US and their allies have waged against China to undermine the country’s rise.

First, in the 1950s, the US threatened China with the use of nuclear weapons over the Korean crisis and even considered bombing "North Korea and Communist China, if necessary, to end the Korean War", according to documents  from The New York Times in 1984. In addition, Washington issued a nuclear threat against China in 1955 during the First Taiwan Strait Crisis in support of a US-backed government on the island.

It was suggested that a market-based economy coupled with increased integration with the outside world, along with the emergence of a Chinese middle class, would, in the long run, bring an end  to the "Communist Era.”

"The technical argument of the neoclassic school (neoliberalism) that the computational capacity of state institutions will never be sufficient to coordinate a modern market economy is now basically refuted by the development of the internet and computing capacity,” Dietrich elaborated, referring to the Chinese political leadership that has adapted the country to the global market.

Third, the Trump administration kicked off a trade war against China targeting, in particular, Beijing's strategic plan "Made in China 2025,” a 10-year guideline on how to transform the country from the "world's factory" to an independent hi-tech powerhouse.

Washington sought "to maintain the oligopolistic control of US corporations over decisive global high-tech industries, by destroying the Communist Party of China's 2025 initiative,” Dietrich suggested, adding the US did not have the strength to win that "war" given that Chinese technological giants managed to rally international support.

Fourth, when the US emerged as the global epicenter of the COVID-19 pandemic, Trump unleashed a "psychological warfare blame game" directed at Beijing "to forge a global anti-China coalition that will judicially solicit trillions of dollars in damage for the supposed Chinese 'cover up' and 'negligence' vis-a-vis the original outbreak,” Dietrich said.

US law firm Berman Law Group filed a class-action lawsuit against China in Florida and Texas, seeking over $6 trillion in compensation. However, according to legal experts, the chances that the lawsuits would offer tangible results are slim.

Lastly, a decisive soft power battle for hearts and minds is underway. The US and its allies are struggling to downplay China's success in curbing pandemic by demonizing Beijing's global health efforts as inconsistent and politicized.

EU Chinese envoy Zhang Ming, recently said, China will continue to help others fight COVID-19 and save as many lives as possible, regardless of the labels the country's aid program receives.

According to Dietrich, China stands a strong chance of winning the battle if it maintains its strategic alliance with Russia, sticks to the "Global Health Silk Road" initiative, and remains on its political course.