OPINIONS US responsible for its farmers' woes

US responsible for its farmers' woes 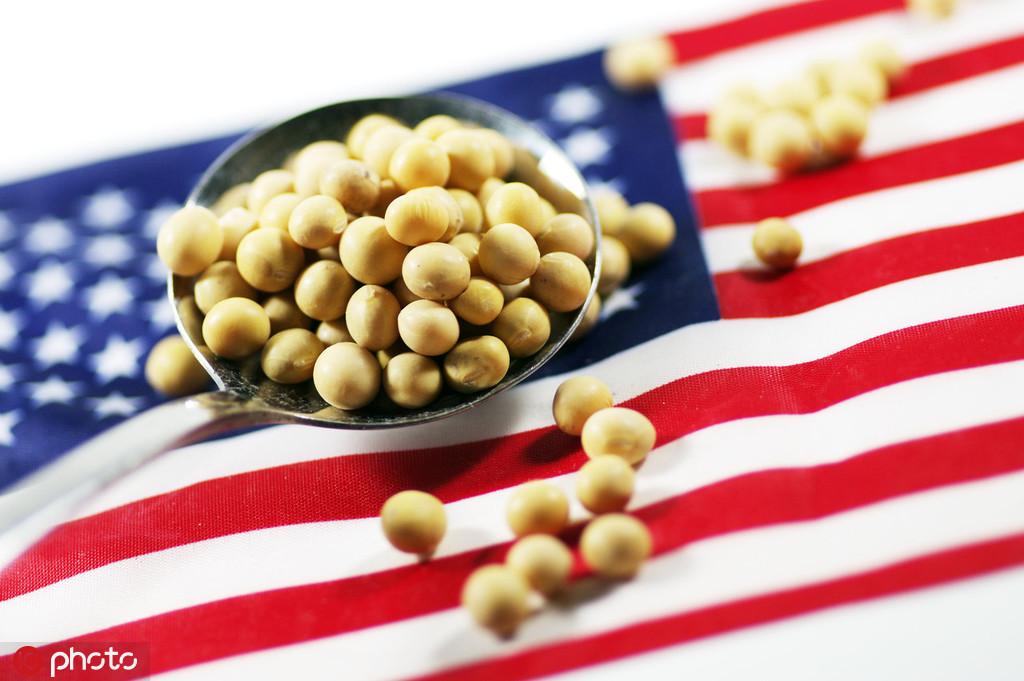 Declining exports to hit US farmers

The Chinese enterprises' decision to suspend the purchase of US agricultural products, mainly soybean, dairy products, sorghum and pork, will deal a fresh blow to farmers and traders in the United States.

The escalating trade conflict between the world's two largest economies has slashed US exports of farm produce to China, which used to be the largest importer of US soybean. China imported $9.1 billion worth of US farm produce last year, down from $19.5 billion in 2017, according to the American Farm Bureau Federation.

Smallholder farmers in China incur higher costs compared with their US counterparts to grow some farm products, especially soybean, because farming is mechanized in the US. Therefore, despite the freight cost, US farm goods are still more competitive in the global markets.

The import of US agricultural goods in huge quantities is also a result of the international division of labor and in accordance with international trade rules, which China strictly follows and the US constantly violates.

Since the US administration refuses to sell high-tech products to China on the pretext of safeguarding national security, there are few US goods, such as farm produce, China can buy to reduce the trade deficit between the two countries.

But by triggering a trade war, the US has made it more difficult for China to purchase US agricultural products in huge quantities.

Yet the halt of US farm products' imports won't cause a shortage of supply in China, because the country can import such products, mainly soybean, from other countries such as Brazil and Argentina, to meet the domestic demand. And China's decision to import more soybeans from Russia will, to a certain extent, help fill the supply gap created by the decrease in US imports.

The US administration continues to subsidize farmers and ranchers who are struggling to make a profit. But they would prefer to trade in the open market to earn their revenues rather than survive on government subsidies and doles.

When China agreed to buy more soybeans from the US, many saw that as a sign of improving bilateral relations. But after the US threatened to levy 10 percent tariffs on another $300 billion worth of Chinese goods and, in response, China halted the purchase of US farm produce, the future of the bilateral trade talks hangs in the balance.

In fact, the purchase of US soybean is no longer a trade issue－it has become a political issue. China doesn't face a shortage of agricultural products. The country has enough stocks of farm products and has been trying to diversify the sources of its imports since last year, and its attempt has been successful so far.

Thus, every time China promises to buy more US farm products including soybean, Chinese enterprises have to import additional products. Still, Beijing has been sincere in its efforts to finalize a deal with Washington and improve bilateral ties.

But now that Chinese enterprises have halted the purchase of US farm products, it will deal a strong blow to US farmers, who have already seen their exports decline because of the more than one-year-old trade war.

True, US government subsidies can partly cover the farmers' losses. But will that compensate for their profits?

More important, the US cannot bully China into compromising its core interests.

The Sino-US trade war has largely interrupted bilateral agricultural exchanges, though it's easier for Chinese companies to seek other suppliers than for US farmers to find alternative profitable markets.

The trade war has a lesson for China, too: it should take effective measures to mechanize its farming sector in order to increase agricultural productivity.