US rights slur against China unfounded 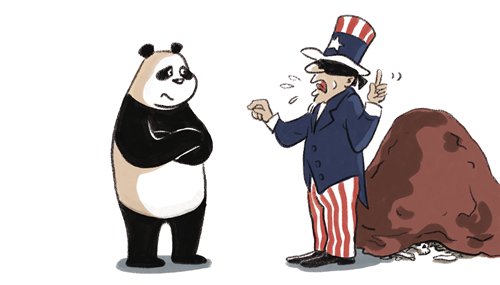 US Secretary of State Mike Pompeo said in a speech on the state of religious freedom around the world that Muslims in China's Xinjiang Uyghur Autonomous Region "are forced to endure severe political indoctrination and other awful abuses" and "their religious beliefs are decimated." He also said that the Chinese government has been "closing churches, burning Bibles and ordering followers to sign papers renouncing their faith."

Despite holding the senior position of US Secretary of State, Pompeo gave vent to such irresponsible and extreme remarks, which are an insult to the dignity of US diplomacy.

If China were to really decimate the beliefs of Chinese Muslims, is it making an enemy of all the Muslims in the world? Pompeo should think - which country do Muslims have more complaints about? The US or China? Is it the US or Chinese policies toward the Islamic world that have actually discriminated against their beliefs?

While Pompeo accused China of persecuting Christians, the Vatican and China signed a historic deal on appointment of bishops. The deal, at least, shows that China-Vatican ties are moving in a positive direction. How the Vatican understands China's Catholic affairs differs from Pompeo's views.

Another important fact is that the number of Chinese Christians has kept rising in recent years. Can such increase happen when China is "closing churches, burning Bibles and ordering followers to sign papers renouncing their faith?"

Is US foreign policy based on specious intelligence and influenced by grave prejudice?

After the September 11 terror attacks in 2011, the US launched a decades-long anti-terror war. It sent troops to Afghanistan and invaded Iraq, which caused numerous loss of life. Xinjiang also suffered from continuous terror attacks with extremism penetrating society. But China does not launch wars in this terrorism-hit region, but engages in tough governance. During the process, there had been a limited number of casualties. While pointing his finger at China, Pompeo, should be ashamed of what the US has done.

China takes some special administrative measures in face of the severe situation in Xinjiang. They might not be ideal, but they have brought the situation under control and secured the peaceful life of all ethnic groups. They also saved the lives of young people who risked being brainwashed by extremism.

Politicians from the US and some Western countries are advised not to lecture China with the banner of human rights. China's population is far more than that of the entire West and it is hard for Westerners to grasp the mightiness and complexity of China's society.

China is responsible for the development of its 1.4 billion population that needs harmonious coexistence. We must maximize the interests of all. Westerners should not make indiscreet remarks on China.

Pompeo particularly mentioned Iran and China in his speech. It seems that Washington is facilitating its current geopolitical strategies. In the past two years, the US has torn down almost all international norms. It is the least qualified to talk about morality.

Under the current circumstances, the US is the most unqualified country in the world to talk about morality and justice. Relying on its strength, it is baring its fangs.