OPINIONS US sanctions nothing but bluff and bluster

US sanctions nothing but bluff and bluster

BEIJING - With the latest warning to its own businesses in Hong Kong and feeble sanctions on more Chinese officials, the United States now can do nothing but make empty threats, which is the inevitable fate of its interference in Hong Kong affairs. 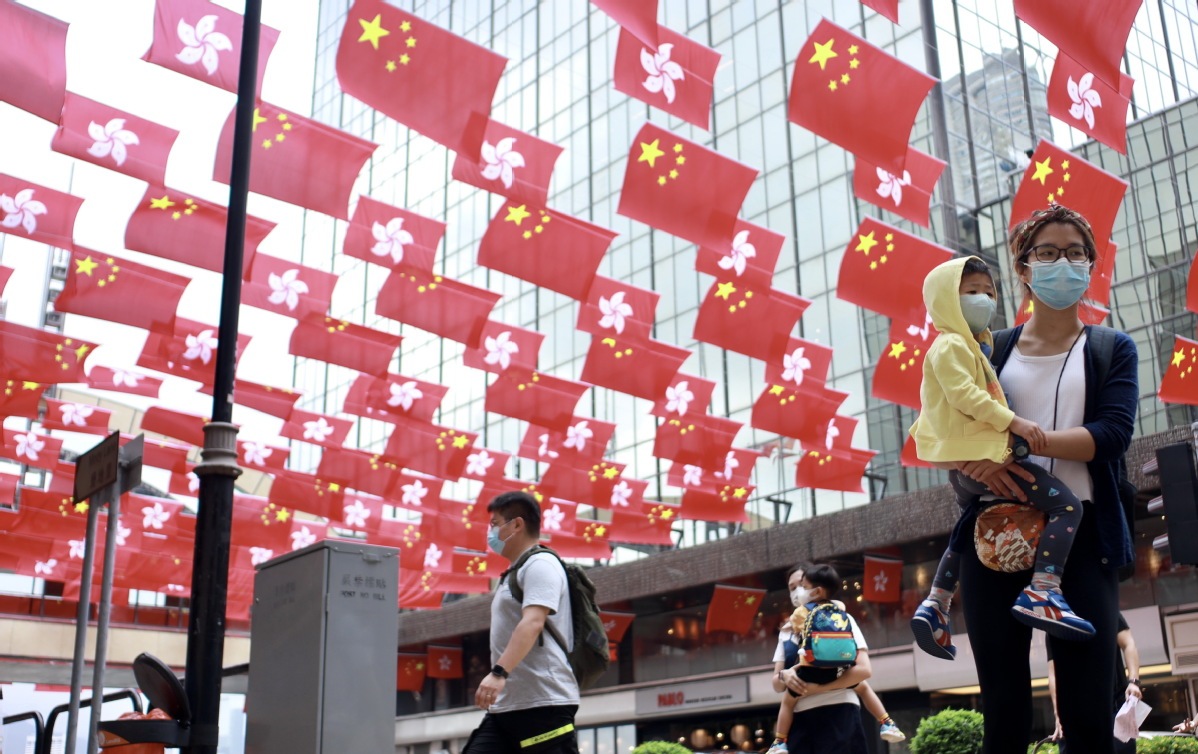 The national security law in Hong Kong, taking effect a year ago, has blocked the channels for anti-China politicians to launch a "color revolution" in Hong Kong and meddle in China's internal affairs. Since then, the United States has indulged in sanctions and smear campaigns against Hong Kong in hopes of continuing to exert influence on the global financial hub.

Such attempts have proved to be merely meaningless political shows that are doomed to fail.

"Being sanctioned means I have done what I should for my country and Hong Kong," said Luo Huining, director of the Liaison Office of the Central People's Government in the Hong Kong Special Administrative Region, who was among the first to be put on the sanction list.

The political tricks of the United States have already backfired. The US "business advisory" against the so-called increasing risks of operating in Hong Kong has been strongly objected to by global investors here.

The American Chamber of Commerce in Hong Kong, which has been operating and thriving in Hong Kong for more than 50 years and owns some 1,400 members, said Hong Kong has a crucial role to play as an international business hub and remains a critical and vibrant facilitator of trade and financial flow between the East and West.

It is important, perhaps more than ever, for AmCham HK to constructively work with its public and private stakeholders to build a Hong Kong for the future, it said in a statement.

The voice of AmCham HK is echoed in Hong Kong's business community. The truth is almost all major American financial companies have established their presence here, and the United States itself has for years run a huge trade surplus with Hong Kong.

A peaceful and predictable environment in Hong Kong is undoubtedly conducive to doing business and developing the economy.

Figures do not lie. Over the last year, almost all key economic indicators, including funds raised through initial public offerings and total deposits in the banking system, have held up well, pointing to unchanged business confidence.

Under the national security law, investors from around the world enjoy a safer and more stable environment here, and their legitimate rights and interests are better protected, including those of US companies. The International Monetary Fund recently published a report to reaffirm Hong Kong's status as a financial center.

It has been widely agreed that the United States should stop playing a disgraceful role in Hong Kong affairs. Its hegemonic acts have repeatedly violated international laws and the basic norms of international relations.

Political bullying and egoism are not only wrong but extremely dangerous. The determination of the Chinese government and the Chinese people in safeguarding national interests allows no challenge.

Hong Kong is about to start a new chapter after prolonged disturbances over the past years and regain its glory as the "Pearl of the Orient," and the enduring success of "one country, two systems" will continue. During that process, any obstruction and interference by external forces will not be allowed and will definitely fail.