US scholars call for cooperation while ‘erecting barrier’: Chinese expert 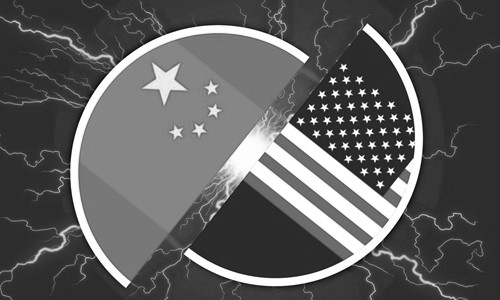 In a joint statement issued on Friday, a group of US foreign policy experts called on China and the US to cooperate in a much-needed effort to fight the COVID-19 pandemic that rages on across the world, but at the same time they accused China of "coverup," "lack of transparency," and "failure to cooperate fully with US and international medical authorities," which runs counter to the fact and demonstrates where the biggest obstacle lies between the two big countries to cooperate, Chinese analysts noted.

Over 90 bipartisan, high-level former government officials and experts in the US-China relationship, including Susan Rice and Stephen Hadley, national security advisers under presidents Obama and George W. Bush, respectively, signed the statement. It came one day after an open letter from 100 Chinese scholars addressed to the US was published in the Diplomat calling on countries to work together to stem the spread of the coronavirus rather than buck-passing and finger pointing.

"The current coronavirus is really an existential threat that neither the US nor China can successfully defeat on its own," Graham Allison, an American political scientist and professor at the John F. Kennedy School of Government at Harvard, who is one of the signatories of the US statement, told the Global Times. He noted that if China and the US are rational, their only viable option is to find ways to organize the necessary cooperation.

As of press time, there were 1.1 million confirmed COVID-19 cases worldwide with over 58,000 deaths, according to the figure released by Coronavirus Resource Center at Johns Hopkins University.

In the face of the global health crisis, the two biggest powers in the world, China and the US, should put aside differences over national interests and ideology and be responsible for protecting lives and the security of their own people and people across the world, said Zhang Jiadong, a professor at the Center for American Studies of Fudan University. Zhang told the Global Times that there is no contradiction that China and the US can conduct pandemic cooperation and strategic competition simultaneously.

Song Luzhen, a researcher at the China Institute of Fudan University, criticized the US side's groundless accusations of China's epidemic response in the joint statement for erecting a new barrier for cooperation. It enforced the blame game while calling for solidarity, Song noted.

According to Wang Wen, executive dean of the Chongyang Institute for Financial Studies and also the initiative coordinator of the open letter of 100 Chinese scholars, he initially invited two US scholars who are among the US statement signatories to be part of the open letter so as to jointly make the appeal. However, they refused and two US think tanks also turned down Wang's request to publish the letter on their websites.

As shown in the joint statement, many US strategists and academic elites still refuse to fairly evaluate China's tough measures to cope with the epidemic during the coronavirus outbreak. Zhang Tengjun, an assistant research fellow at the China Institute of International Studies, told the Global Times that the joint statement is better than no statement, but it's a pity the US only advocates cooperation when its interests are severely impaired and threatened.

Michael Swaine, a senior fellow at the Carnegie Endowment for International Peace, told the Global Times that it is possible that the virus might stimulate greater levels of China-US cooperation in some respects, but it won't fundamentally change the course of US-China relations toward deeper levels of competition overall.